A Message from James Rucker

More and more, right-wing talk show hosts are bringing race-based fear mongering into the mainstream, but FOX's Glenn Beck just took it to another level. On Tuesday, Beck said:

This president has exposed himself as a guy over and over and over again who has a deep-seated hatred for white people... this guy is, I believe, a racist.1

It's part of a larger argument Beck has been making:2 that President Obama is using the White House to serve the needs of Black communities at White people's expense. This kind of talk stirs up fear, hate, and it can lead to violence.3,4

Together we can stop Glenn Beck.5 Starting today we're calling Beck's advertisers, asking them if they want to be associated with this kind of racist hate and fear-mongering. When they see tens of thousands of people signing on behind that question, we believe they'll move their advertising dollars elsewhere, damaging the viability of his show and possibly putting him out of business.

All it requires is you, standing up and being counted. Please take a moment to join the effort, and invite your friends and family to do the same:

Glenn Beck is appealing to the worst in America. Of course, some people refuse to accept the fact that our president is Black or the idea that he could truly serve all Americans. We know that. The only way these views will fade away is if they're not reinforced by mainstream society. Instead, folks like Glenn Beck, Lou Dobbs,6 and Rush Limbaugh7 are exploiting racism and race-based fear to bump their ratings, stirring up racial discord in the process.

FOX has had a long history of race-baiting and racism on its shows, and we've run campaigns calling them out.11,12 But Glenn Beck appears to be taking the network to an even lower standard. He's trying to divide and distract America when we should be coming together and talking about issues that really matter--like health care and the economy.

The good news is that we have the power to stop this. All major media is funded by advertising. And advertisers, more than anything, care what consumers think. If we want to change what's happening and put an end to folks like Glenn Beck having a platform, we can do it.

It's up to us, and it can start now. Please join us:

-- James, Gabriel, William, Dani and the rest of the ColorOfChange.org team
July 30th, 2009

Help support our work. ColorOfChange.org is powered by YOU -- your energy and dollars. We take no money from lobbyists or large corporations that don't share our values, and our tiny staff ensures your contributions go a long way. You can contribute here:

11. ColorOfChange.org email on Fox's attacks on the Obamas
http://www.colorofchange.org/foxobama/message.html

12. "An overview: Fox News and its problem with African-Americans," ColorOfChange.org
http://colorofchange.org/fox/summary.html

Permalink Reply by larry kremis on July 30, 2009 at 7:29pm
Tonight was the "beer summit". The biggest political stunt I've ever seen pulled by a sitting president. He is the executive branch, this "professor/cop" thing belongs with the judicial branch had the professor wanted to contact the ACLU to sue. The president has no business being within 5,000 miles of this thing. What's his motive? He is certainly smart enough to know that he can't single-handedly repair race relations in this country, this beer summit will have absolutely no positive effect on race relations. He and his advisors were at least smart enough to keep the microphones away from the table. The cameras were able to catch the president laughing and appearing like everything was grand. Just 4 guys enjoying a beer after a long day. He must think we're the stupidest people on earth.

I wonder what the professor's behavior was like when a cop showed up at his house on a 911 call of a possible break-in. Beligerant? Threatening? Mild-mannered? Cooperative? How a cop responds depends on what he/she encounters. This incident is no concern to our country's legislative or executive branch. If anything, the judicial branch can tackle it.

What don't you understand about this jacquin?

Permalink Reply by ZenDog on July 31, 2009 at 7:59am
Obviously you don't get it. The prof. had just returned from a rather long week away from home. He hadn't even had time for a goddamned shower. Think about it for a minute.

To step into an elevator where two elderly white ladies cringe even though I'm wearing clean clothes . . .

or to live in a predominantly white area because that's where the job is, and the good education for my kid, and where my kid can make friends at school, but can't go over to visit at their houses because the parents freak on the race thing

but I can imagine.I can imagine, easily, a whole lot of rage, and an overwhelming sense of guilt - rage that the killing goes on, guilt for having made it while others have not, and I can imagine an urgent, pressing need, to act, to do something, anything, to try to help improve things, to change things, and yes, perhaps even to save lives.

Yes, the president is black. Whether you recognize it or not, he has done a tremendous service to white America -

and all it took was one single word, and a beer.

We each have a part to play in this. I surely hope you get to wake up sometime soon.

Permalink Reply by larry kremis on July 31, 2009 at 8:28am
I understand the professor's side of it perfectly well. Tired, irritated that he's having problems getting the door open to his house, and then a cop shows up and starts asking questions. I think, just maybe, the professor went off on the cop before the cop was shown ID and this pissed the cop off and maybe, just maybe, the cop is thinking he is going to teach this guy to respect authority.

I think we all agree it was a big misunderstanding with 2 professional people who weren't in the right frame of mind at the time.

Bottom line, Obama should have stayed out of it, let the ACLU and courts handle it if there was an injustice or if someone's civil rights have been violated.

When speaking off the cuff, like Obama does when answering questions at a news conference, it's easy to speak from your heart, not thinking about the consequences your words might bring.
So, Glenn Beck and the republicans nailed him on it. After saying he didn't have all the facts, he said the cops acted stupidly. How did he come to that conclusion without having all the facts?
He needs new advisors. He could have reiterated his comment and been done with it. Rest assured, the republicans are going to bring this up in 3 years. Obama may have commited political suicide by dragging it on with the "beer summit". A blatant "dog and pony show" as bad or worse than Bush landing on the aircraft carrier claiming "mission accomplished".

Permalink Reply by ZenDog on July 31, 2009 at 9:01am
I don't believe it was political suicide at all. In fact, I think - I mean, it's just a guess - but I think it is entirely possible the President knew exactly what he was doing when he said stupidly.

If it was, then the President played the media. I don't think they are very good at grasping what's going on and then conveying that to the audience.

Police departments across the country have quite a bit of power, of authority, especially with regard to charges of disorderly conduct. The discretionary nature of that authority and its application has become a part of the discussion now. No one is taking that authority away, what is happening is that everyone is becoming more conscious of it, and that's a good thing.

All we need is a bit more awareness. I suspect the prof. feels a bit of guilt or something, for having become successful, when so many have not, and that in part led to his reaction. I think he intended to be arrested. I think he did so for reasons that white folk find difficult to grasp.

Consider for a moment - the prof has certain economic incentives by fact of his life style and position not to alienate the entire local police dept where he lives - that incentive tends to increase in relationship to the amount of crime taking place in his neighborhood.

If his choice was not simply one of emotion, if there was a certain level of conscious deliberation to it, then he willingly chose to take the risk of sacrificing some measure of perceived security within the community in the interest of symbolism.

Apparently the issue is important to the prof - and also apparently, the President agrees.

Personally I look forward to voting him back into office next time around.

Permalink Reply by larry kremis on July 31, 2009 at 5:52am
Yeah, I got a kick out of seeing Biden at the table. He's an obedient servant, like Bush was to Cheney. 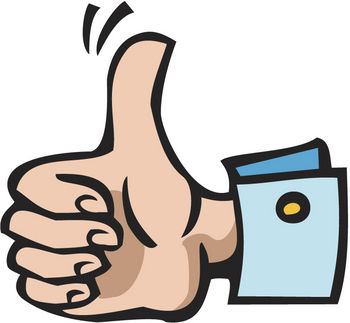 Permalink Reply by Westerly_2 on July 30, 2009 at 7:53pm
Thanks, zendog, this was something I was looking to sign on to. so thanks for making it available, I did so.Will it help? I am pessimistic about thepower of the voice of the people these days.Someone give me hope,

Permalink Reply by ZenDog on July 30, 2009 at 8:23pm
It's all about the money baby! Once we have a list of the products being sold by that Nitwit Beck, we can boycott till he is OFF THE AIR.

I don't care if people like our current president or not. I kept my rhetoric to myself during the Bush admin till the race got started - despite, or rather perhaps because of, that infamous Floridian ballot. Beck goes too far.

Permalink Reply by Kittycat on July 31, 2009 at 9:39am
Quinn said, "Quite honestly, the only people I've heard that called any minority racist, were racists themselves, looking for a way to justify their own behavior..."

I believe that 100%. Thanks for putting that out there, Quinn.

racism is an emotional reaction. We can't invalidate the emotion, but we must view the actions based on that emotional reaction as inappropriate, we must. That Beck gets air time for his nonsense goes to show how far we have yet to go.