Soak up the moonray fun.

Every Word You say…

The Wall of Doubt and Fear

once if ever elusive

I got a unique opportunity today to talk to and have a book signed by one of my favorite authors,Ann Patchett at my college.She recently wrote Bel Canto and Run.This lady is warm,intelligent, and very beautiful and made it a very exciting day!

On Monday morning I was on a plane returning home from San José, California to Phoenix, Arizona. Sitting next to me on the plane was a young woman of about age 20 or so. My guess is that she was a college student. I brought along a paperback book to read to pass the time of the 2-hour flight. As soon as she sat down, she started texting furiously on her cell phone until the announcement came over the P.A. system to turn off all mobile communication devices. Once we were in the air, the first… Continue

A Single Rose and A Friend

A single rose can be my garden... a single friend, my world.

i know it's sophomoric but bigbang proves timing king & i nearly bust a gut: "prepare to see the darkside of the moon. here's ..... uranus"!

such a sucker for screwball comedy

with the things that go amiss

in your quest to be somebody

is it any surprise…

rumblings from the peanut gallery

a few words from the peonosphere 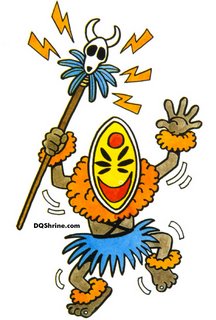 You Are Here (& this matter of god)

hey guys and gals,
the following is
in response to
contemplating the impact
of 'believing' in god
and all that that connotes,
has had on humanity.
this is a rant of rants
if ever i went on a rant.
so i figured i'd fly it your way
just to see what walls it sticks on.

and what a better place than here.

You Are Here (& this matter of god)

Suffice to say - Alex Chilton was great because he followed his muse while others would have continued to beat a dead horse. It took a special talent to achieve such success at so young an age, and to be clear-eyed enough to see it for what it was - which was Not Much. A gifted composer who trusted neither his own talent or the reactions it drew, no prior songwriter had so dared to invert the ethos of the modern pop song - To deliver, instead of bliss and a cheap… Continue