Laying it on the Line

Due to much misunderstanding recently, I'm finding it necessary to display NING's rules on sexual content.  Violating them can mean the removal of this site.  I am asking all individuals and group moderators to please adhere to them.

There are many old, sexually related groups on this site.  These were spawned at a time when this site had little or no moderation and it was the creation of so many such groups on the NING network as a whole that caused them to implement these stricter guidelines.  I never closed or removed the old groups because the nature of our membership when I took ownership of this site gave me no reason to do so.  The members were content to let the groups die without me having to remove the posts of previous members.  Had I realized that there would one day be a sudden influx of new members who were unaware of NING's policies, I would have made certain that these groups were made inaccessible to the incoming people.

I want to make sure that everyone is aware of the nature of this site, before they get settled-in.  This is not just a TeeBeeDee thing...it is much bigger than that.

One additional note.  Many of the groups created here claim that they are without rules or guidelines.  This is untrue.  Every active group on the site is subject to the guidelines put forth by NING and the TeeBeeDee social networking site.

We believe in freedom of expression and Ning, as a broad-based service, is designed to respect many different perspectives and enable them to co-exist seamlessly and effortlessly. With that said, we do not permit pornography, adult content or nudity. To clarify what we define as adult content, nudity or pornography, networks that contain the following would clearly NOT be allowed:

Assuming the content mentioned above is not included, the following are examples of topics and content that would NOT be classified as adult content, nudity or pornography:

We recognize that the actions of one member do not reflect the intentions of an entire network or the Network Creator, however, we ask that you please take advantage of the many tools built in to your network to ensure that all of the content and members on your network fit within our rules, and yours!

TeeBubbaDee's face - as I busted him red handed braeking rules! (this is tru) Dearest Janis, AKA DD, I cannot tell you how much joy and laughter you bring to my life. I love you Dear Heart!!

Big Brother and The Holding Company

Heah, TeeBubba yuo  no what??? I finely got a new old car! Thats rite! This one has door handles and everything, no more climbing in the hatchbac and over the %$#$%$# seats..

That did get a little old, tho i enjoyed watching the uptite poeple being apauled by this middle aged lady climbin' in the back of her car before cruseing on down the road...HAHAHAHA

Poeple wory to much abuot who's watchin' em do what they do Mybubbadee.

Yuo are a tenderness in my life yuo no that its tru..kiss. 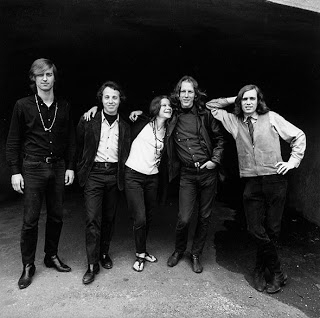 Thank you for my first smile of this new year!!!

That was kinda the plan Kathy.

Thanks for doing this. I'm definitely not a prude not do I like censorship. However good taste and respect for others should always kept in mind.

I agree with your text. Respecting others are good for all sites

I've read all the posts available in this discussion. Interesting. I think I have read the same posts many times before, on this and other sites. It's like I haven't been gone at all.