From there we motored on down to the Escapee Park at Raccoon Valley near Knoxville, TN. The leaves were turning and it was a very colorful trip. Unfortunately, it is not advisable to take pictures while driving a 22,000 Lb. RV pulling a car. So you will just have to use your imagination. 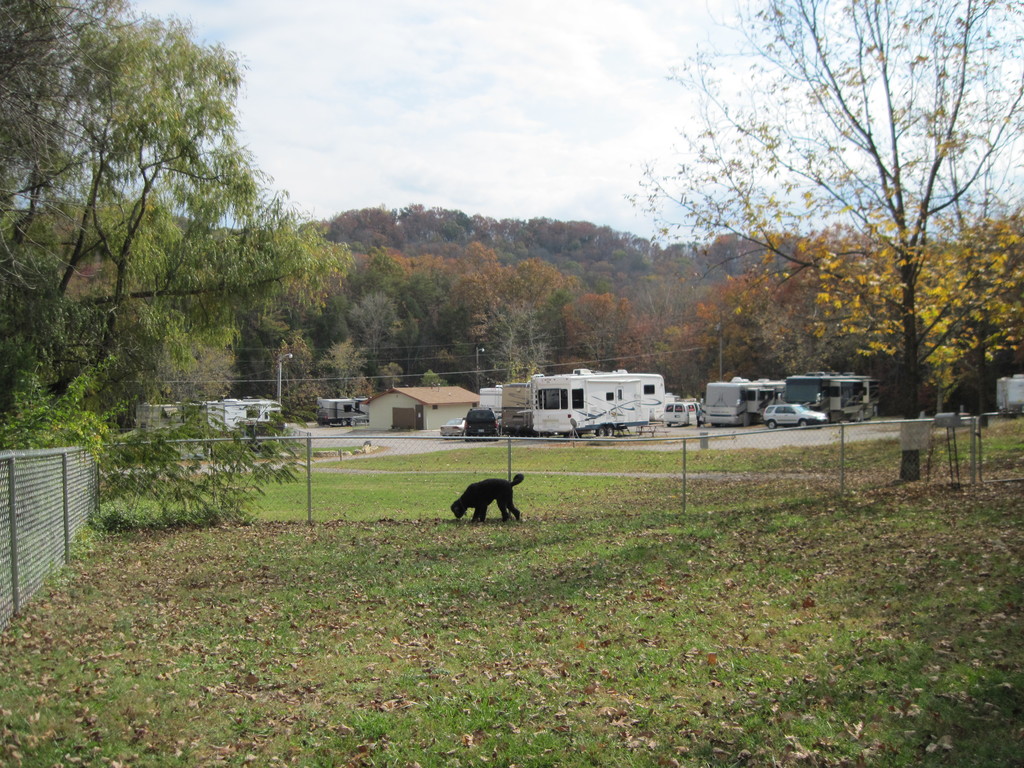 Wanting to play "Keep Away"

After a couple days at Raccoon Valley we headed on down to Atlanta.

Found out that d's was not going to be able to meet with us. She was having to make an emergency trip to Birmingham, AL To be with her Dad who was having heart surgery.  I expressed my support and wished her dad well.

We arrived at the Corps of Engineers Park at lake Allatoona near Acworth, GA and got a nice site. Using my "Golden Age" Passport to National Parks we only had to pay $12 a night. The Corps of Engineers Campgrounds are a really good deal. Spent a couple days there visiting with one of my lifelong friends. We lived in the same town all during high school and went to college together for two years until I dropped out and went to Colorado to make my fortune in the Urainium Boom.  He finished College, spent six years as a Army Officer, got out, went back to School and got his Phd. We have stayed in contact all those years with a few breaks. We both have been moving around the world and the US ever since. He is now in Atlanta where his Two daughters and Grand kids are. However he travels quite a bit and we see each other once or twice a year.

Happy and I left Atlanta and headed for Texas. As we approached Birmingham my phone rang. I answered it(I usually don't while driving) it was d's. She was at the other side of Birmingham and we decided that since neither of us were thast familiar with the area that we wouldn't try to figure out how to meet someplace for a few minutes. She would have to get back to the Hospital and I had a reservation in Meridan, MS that night.

So, we agreed that we will put it off until TeeBubs Birthday Bash in Feb. I drove on to Meridian.

Here are some pictures of a very unusual Tow Vehicle in the campground where I spent the night.

For some reason it won't let me put up any more pics.

I always like reading about your ventures on the high road.  My brother lives in Atlanta and hits the road in his 35ft RV.  I wouldn't be surprised if you and him haven't crossed roads at some time!

OK, just when it was getting good, I see I have to stick another coin in the slot to see more.  I'll be right back....now where did I leave my change?

That will come in a later installment