The site of the last Blog was; "South Of The Border" Motel and tacky tourist shops. It has greeted tourists heading South on US RT 301 and now I-95 for as long as I can remember. I recommend it for the quirkyness of the place. It is also like a page out of a history book about US touristism. Is that a word?

From there we drove down to Summersville, South Carolina. We were about 20 miles North of Charleston and we called the Charleston Queen of tbd. Actually I made the call. Happy isn't comfortable yet with meeting strangers known only through the internet. I'm trying to convince him that it is probably safer than going to off leash dog parks. Never know what you might catch there.

Sandra Dee and I played phone tag for a while. I had her cell phone number and her home phone number mixed up and it all got confusing but she found my motel and we went out to get coffee and I got a Waffel House hamburger. Sandy turned out to be just as witty in real life as on tbd. I'm not sure if the feet on tbd are really hers since we were experiencing a cold spell and she wouldn't take her socks off.
She is a very attractive lady and turned out to be a very good tour guide. We made plans to meet the next morning and she would show me around the area.

On new years morning we met at "The Battery" park which is a great park in the heart of Charleston, on the waterfront. After walking around the park, we thought it was too cold to spend much more time in the open. so we decided to take a driving tour of the area.

We drove across the Ravenel Bridge to Mt. Pleasent and toured that area. Then we came back to the Battery and Sandy picked up her car and we drove to Folly Beach.

Folly Beach is the area I liked best. It is a small funkey area with lots of local color. We wandered into a resturant/bar and found it filled to overflowing with people in all sorts of costumes. Costumes ranging from young ladies in bikinis and full body paint to a woman dressed like an ballett star complete with small Pink Wings. There was even a guy painted grey with a styrofoam dorsal fin. I later saw him on TV running back and forth through the surf pretending to be a shark. Probably "JAWS".

Yes, it was the annual, New Year's Day, Polar Bear Swim. What a carnaval. We didn't actually watch them go in the water. it was cold, and I wanted to watch the last half of the Gator Bowl. i should have stayed and watched the Polar Bears. My team lost big time to a team that they were favored to beat by at least two or three touchdowns.

Oh well, such is college football. I drove onto Charleston AFB and checked out the RV park on the way back to the motel. I may try to stay there the next time I come through the area.

We got up the next morning and had an uneventful trip back to Patrick. I'm currently deciding when to head for Key West. Lots of decisions to be made. I'll fill in the details in the next Blog post.

Not many pictures this time. it was too cold to stand in one place very long. One great one of the beautiful Sandra Dee with some decrepit old man hanging on to her. 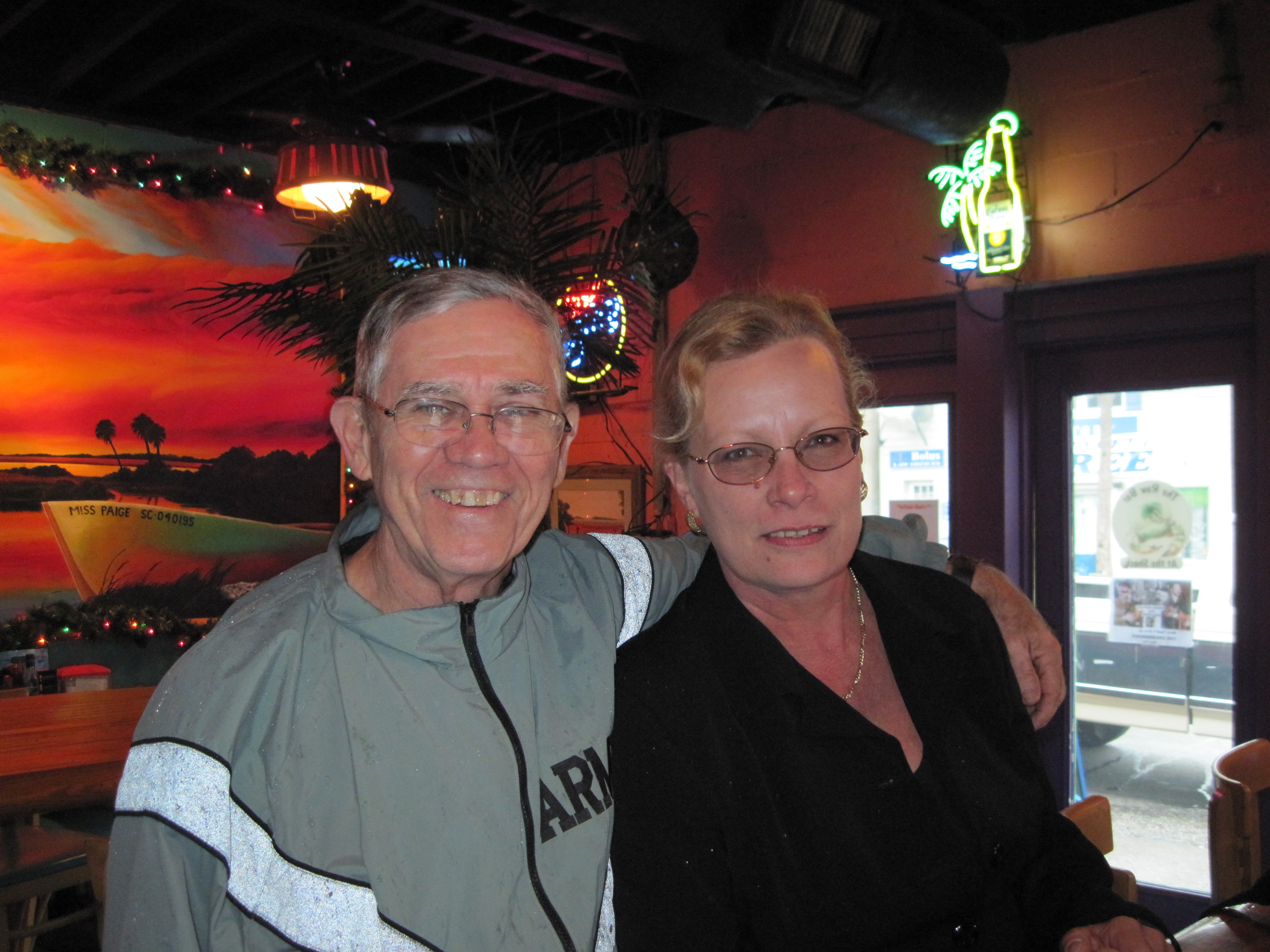