Obamacare: Who's in my risk pool? 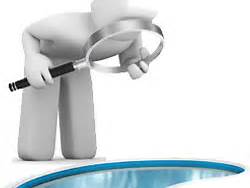 Most people use insurance in their lifetime. You purchase it for protection from a catastrophe of some sorts. You may have invested dearly in your home and wouldn't want to face replacing it should it burn down or be damaged. You are required by your state to insure your automobile against damage you could do to others and/or you want to protect yourself from liability and your automobile from damage because it represents a significant investment on your part.

For example, you don't want a home situated on a mountain top in Tennessee to be put in a risk pool with homes on the Florida coast that are subject to hurricanes. Similarly, you don't want it in with those on the Oregon coast that are subject to tsunamis or homes in Kansas that may be hit by tornadoes. You might also say no to flood insurance if the hill is high enough. Homes that are at great risk should be in a separate risk pool. I had it done to my Fort Meyers, Florida, home after the hurricane season of 2004. My insurance tripled. I had no right to expect to be put in the same risk pool as other homes in America that were not in high risk zones. The State of Florida did intervene to stop insurance companies from leaving the state but they didn't require them to put “safer homes” in the same risk pool as the homes near the ocean.

In the same light, you don't want to purchase car insurance from a company that puts you in a risk pool with drivers with DUIs or those who have frequent accidents. Of course not, this would drive up the rate you pay for a premium. Generally, high risk drivers are put in expensive “high risk pools” or denied insurance.

In the above two cases, you would also not expect the federal government to subsidize the cost of these two insurance types because of the low income of the folks seeking insurance.

But under Obamacare health insurance, this logic is thrown out the window. Insurance premium payments are subsidized up to 400% of the poverty level. High risk patients with pre-conditions and patients that have exceeded lifetime maximums in health care spending are put in the same risk pool as young, healthy users (often non-users) of health insurance. The high risk users are not charged higher premiums. Meanwhile, the healthy are forced to purchase insurance policies that often have expensive features – drugs, maternity and child care, mental health, women's reproductive services, etc. – that the buyers doesn't want and doesn't need. Of course, the premiums have skyrocketed. Unfortunately, most of these people will forgo insurance, causing the risk pool to flounder and fail.  I suspect the government will have to step in and save the day with money they borrow from China.

Now I agree wholeheartedly that universal health care is a good thing. All Americans should have access to the best health care regardless of financial circumstances. Like many governments in the Western World, we should provide for care for our citizens. The two most common ways are to use the British Clinic System, where medicine is free to all citizens who sign up and walk in the door. They need not carry insurance. The alternative method is to use a “Medicare for All” approach, where a national sales tax or similar wide spread tax supports the system. Everybody in the country is in the same risk pool, which greatly spreads the risk.

But the current way the Obamacare is structured, the healthy people in America are being forced to subsidize the sick people in their insurance pool or be fined. You can't imagine a more communistic approach than that – each take according to his needs; each contribute according to his ability, with the ability to pay defined by to the state. This turns the principle of insurance into a joke, where the normal rules of “risk pool” management are skewed by law. You can't mess with economic systems -- insurance being one -- and expect success.

IMHO, Obamacare has it all wrong.

From what is happening in the roll out of Obamacare, we may find that the Dems have discovered another "third rail" of American politics (Social Security and Medicare being the other two).  Anybody, generally Republicans, who even mentions changing these entitlements are met with resistance, no matter how sensible their plan may be.  Elections are then lost for the audacity of even suggesting a change.

Accordingly, when the Democrats were enjoying majorities in the government law making process, they ignored the warnings that the overwhelming majority of American liked their insurance plans.  They didn't want them changed.  Accordingly, POTUS Obama promised that none of these plans would change.  "If you like your plan; if you like your doctor they WILL NOT CHANGE.  PERIOD!!!"  He said period, not caveat included in the fine print.  But after all he is a lawyer by education.

Several million individual plans are now changing as this promise was not true because the insurance companies were given a list of ten requirements that all plans must include.  Of course they had to alter their plans or cancel them as they didn't meet the new regs.  Next year, when the delayed Employer Mandate is enforced, I expect millions more will lose plans as small, medium and large corporations will merely pay the $2,000 fine for not providing insurance and send their employees into the government exchanges.  According, the potential is well over 100 million people losing plans they currently like.

It doesn't matter if the plans on the exchange are better (probably won't be).  What will matter is that PEOPLE HATE CHANGE OF ANY KIND, WHEN THEY ARE RELATIVELY HAPPY WITH WHAT THEY HAVE.

As the warning states: The new third rail will fry the party that initiated the change.

As for the Great White North, I still have my picture ID from the month I spent in Three Rivers, PQ, attending University there in 2001.  I was given a proper orientation, a benefits book and locations of the nearest clinics.  The Provinces run the system, and my orientation was bi-lingual.  In comparison to America, the Canadians fund their system with public tax money and not by trying to stick healthy, young people with the bill.  Their costs are 11% of the their GNP, while we spend nearly 20% of GNP on our system.  I expect this to go up with Obamacare.  Their physicians make less, averaging about $125,00 yr. vs. about $185,000 for US physicians. They triage all cases and only necessary medicine is allowed. In America, estimates are that about 10% of Medicare is for alternative medicine that the AMA says does no good at all.   In Canada, two-thirds of the citizens purchase a private supplemental plan to subsidize the government plan.  I'll take the Canadian system that has been working well for them, over the US system that is not based on solid economic principles.  I predict a death spiral also unless the voters nix the plan and then we will have pissed billions down the drain on a poorly thought out solution that didn't work.  It will be back to square one.

Insurance has always been a scheme, with underwriting the key to making money.  Remember you buy betting you do and the insurance pools bets that you don't, don't experience what is covered, or if used, not to cost that much.

Health is impossible to insure as it impossible to rate as to being your state of being healthy or unhealthy runs along a wide continuum(life insurance is much easier to insure as you are, or you are not, alive), so you limit what you cover by cost caps, copays and deductibles.

ObamaCare is a revenue scheme where a certain pile of money has to be provided to cover claims, and the Supreme Court's Chief Justice Roberts properly classified what ObamaCare is, is a tax, as is Medicare and Medicaid, Social Security and a host of taxpayer sponsored benefits...or rather, what the government can borrow to pay.

The logic of what happens next is what the liberal progressives wanted in the first instance, single-payer government provided and paid for by taxes and borrowing just like Medicare is now, as the ObamaCare death spiral creates a black hole that has to be filled, once started.  And then be just be like our neighbors in the Great White North.