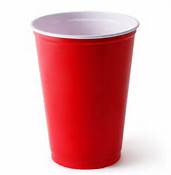 At the Kathleen Sebelius Congressional Hearing on Obamacare, one Representative chided her that everyone in America was now being forced to purchase one standard benefit plan array that is mandated by the law. She explained that Americans don't like being told what to purchase; some like Fords and others like Mercedes. Also, some like crystal goblets and other drink out of red solo cups.

In fact, much of the turmoil that is now going on with millions losing health insurance coverage due to Obamacare is being caused by the need for all plans to meet the “10 Essential Elements” of the law. (About 17 million Americans purchase individual health insurance plans.)  Plans that don't have these benefits cannot be offered and are being cancelled.

These required elements are:

As a matter of a complete and comprehensive insurance policy, these elements are essential to some, but are often very expensive and not needed by others.  This is the crystal goblet of health insurance.

For example, drugs can come to several thousand dollars a year for people with significant illnesses, while other are perfectly content with purchasing over the counter medicines for their occasional head ache. Should they be required to purchase drug insurance if they don't need it.  Or should they subsidize  the rest of the people who need pharmaceutical treatment?

In some insurance plans, maternity benefits can be carved out. Why would a couple in their 50s want the coverage? My son and his wife just had a premature birth costing well into six digits. Again, the same question:  should the couple in their 50, or a single man or for that matter, anyone else who isn't likely to get pregnant be charged for this bill in their insurance premium?

Mental health services were also an option in many insurance plans, as the cost here can be crushing. Dealing with psychosis, bi-polar disorder, substance abuse often involves weekly sessions, long stays at rehab facilities and the treatment modalities vary significantly. Putting these services in a plan where everybody should share the cost drives premium prices skyward for everybody, not just the mentally ill.

Pediatric services speaks for itself, as single adults who don't plan on having kids often feel they shouldn't have to pay for some other parents' kids. But they are being forced to under Obamacare.

If you believe in the greater good, the spirit of socialism or the brotherhood of man, I suppose that all insurance plans offered in America should be one size fits all, except for deductible and co-pays.  But just remember, for everybody getting a great plan for a small price due to having a pre-existing condition, being a large user of the medical services or getting a government subsidy, there is some family struggling to pay the new higher premium under Obamacare. It's a zero sum game. For those who get more than their money's worth, some body is getting less than they pay for.

So the sad lesson of Obamacare is:  Nobody will be allowed to drink out of a red solo cup anymore.

(These situations don't occur as much in employer provided plans, as much of the premium is subsidized by the organization as they offer both single and dependent coverage.  Generally, larger companies self-insure, so they they only pay the bills, and don't associate them with any specific individual, assuming anyone who works there is entitled to the insurance.  Even if they purchase the insurance, it's a group contract.)

Just an interesting side note:  Kathleen Sebelius, contrary to what is commonly thought, is not a native Kansan, but was born and raised right down the street from me in Cincinnati, Ohio, the nation's hot bed of conservatism.  He father was the Governor of Ohio, Jack Gilligan, and she was educated as good Roman Catholic girl in the local academy for rich Catholic girls, Summit Country Day and later at Trinity College.  So some could call her "Gilligan's Daughter"  as her father was serving in Congress when the Medicare bill was passed.

My approach to the problem of providing health care to everyone would not have been the "single insurance pool" model that will eventually lead to a single payer model.  These models involve cost shifting rather than cost control.

Instead, I would approach the problem from the supply side.  The reality is that American medicine is about double in cost per person than just about every other comparative medical system in the world.  Fraud and waste are rife in the system, as outgoing Director of Medicaid, Dr. Donald Berwick, declared that Medicare/Medicaid spending is about 30% waste, inefficiency and fraud.  So the money is there to provide free  health care for everyone if we get 20% or so of the waste out of the system.  There is no shortage of professionals in the health care system who know exactly how to do it.  In fact, Congress interviewed experts from the Cleveland Clinic, Mayo Clinic, etc and learned that they operate at about 2/3rds the cost of the rest of the medical delivery system.

As we reduce cost, we can add the uninsured to the system.  I would rather put an uninsured American in any well run clinic or HMO than give them subsidized insurance that they will probably spend inefficiently.  These folks need to be triaged before they are treated, often ineffectively.  In fact, some of the states are now going to put Medicaid patients in HMOs on a bid basis.

Why does every problem in America have to be solved by taking someone's freedom away for the greater good or by throwing huge sums of money at the problem, which usually does no good?

This has been coming for a long time, as the "health care crisis" has matured over the years.  In part this is the trend in much of what has occurred to America and Americans as we have moved from a want to need society, from what are privileges and what are rights, rights of all as compared to the rights of the individual to what is best for themselves.

Again what we have here is a scheme to pay for the benefits to be provided, not a scheme to justify cost and quality but attempts to broaden the access to services and types of services that might not be to the specific needs of the individual but to the needs of a much broader class of users vs. those that are producing the revenue of an insurance plan to cover ongoing and future payments.

As to whether this is all to the good of the country, that the overall health care status of those that have not been covered is improved or maintained is going to take years to determine.  The most immediate beneficiary are the providers of service who are going to get paid for much of what was rendered before at no revenue or low revenue to patients that presented themselves for "free" and immediate services, primarily in the ER, which is why Wall Street likes ObamaCare even more than Main Street.

As to whether ObamaCare is a legitimate effort to deal with provision health care services and health care cost, sure, why not?  Or is just another vote buying scheme, and probably be demonstrated to be both, will have to be seen.