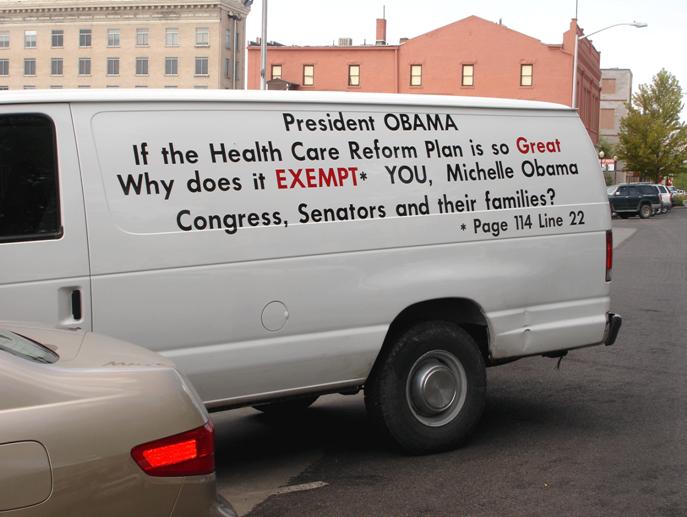 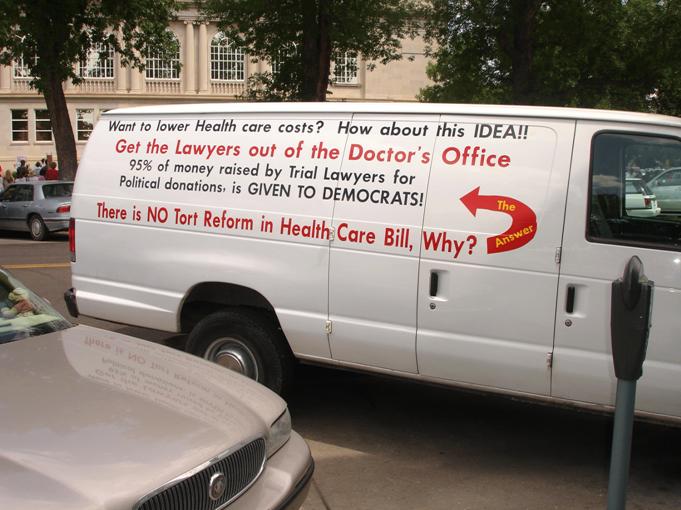 The Office of the President and other White House officials are defendants in a free speech lawsuit filed by the Association of American Physicians and Surgeons (AAPS) and the Coalition for Urban Renewal and Education (CURE).

According to the groups, the White House has “unlawfully collected information on political speech,” thereby illegally using the power of the White… Continue

President Obama is rushing a massive socialized healthcare plan through Congress -- with a final vote expected in September.

The “ObamaCare” healthcare plan imposes at least $1.5 trillion in new taxes and forces Americans to “hand over” their health care decisions to politicians and bureaucrats. This nationalization of our health care system will cripple businesses and cause a massive increase in government control over our lives. For more on how the so-called “Public Option” is… Continue

I realize that you may feel like I am bombarding you with information, but Health Care reform, the way Obama, Pelosi, Waxman, Reid, and Emanuel are approaching it, places this country at a critical cross roads in term of completely redefining the role of the Federal Government in our lives. Here's another point of view presented by
Mr Robert Reich:

Prepare for a Challenging Future

Complacency in America is coming to an end. Those who are complacent will not fare well through coming economic, cultural and political turmoil, as they will be forced to adapt and learn new skills. People who are adaptable, self-reliant and determined will find plenty of success in whatever follows our nation's upcoming changes.

You have more options than you may think. You are not stuck in any particular job or health status. You can change your circumstances by making new,… Continue

Did you know you have near-total control over your own health? It's true.

Why wait for the government to mandate a new system of forced care coverage at rip off prices?

Create your own health care plan today by upgrading your diet, boosting your exercise and making high quality lifestyle choices.

If you want to know why U.S. businesses increasingly outsource jobs to other countries, just add up the cost of doing business in America: As an employer, you have to pay not only higher wages than most other countries, but you also have to pay for the lost productivity and missed days due to the astonishingly poor health of the U.S. workforce.

Now, under the new Obama health care reform bill, you'll have to pay an additional eight percent of your payroll as a new tax to cover the… Continue

Did you know that President Obama and Senator Ted Kennedy are rushing a massive socialized healthcare plan through Congress -- with a final vote expected before August!

This Obama-Kennedy healthcare plan imposes $1.5 trillion in new taxes and forces Americans to “hand over” their health care decisions to politicians and bureaucrats. This nationalization of our health care system will cripple businesses and cause a massive increase in government control over our lives.