A new pastor was visiting the homes of his parishioners.
At one house it seemed obvious that someone was at home, but no answer came to his repeated knocks at the door. Therefore, he took out a card and wrote "Revelation 3:20" on the back of it and stuck it in the door.
When the offering was processed the following Sunday, he found that his card had been returned. Added to it was this cryptic message, Genesis 3:10."
Reaching for his Bible to check out the citation, he broke up in gales of laughter.
Revelation 3:20 begins "Behold, I stand at the door and knock."
Genesis 3:10 reads, "I heard your voice in the garden and I was afraid, for I was naked.

Eating Out....
A little old couple walked slowly into McDonald's that cold winter evening. They looked out of place amid the young families and young couples eating there
that night. Some of the customers looked admiringly at them.
You could tell what the admirers were thinking: "Look, there is a couple who has
been through a lot together, probably for 60 years or more!"
The little old man walked right up to the cash register, placed his order with
no hesitation and then paid for their meal. The couple took a table near the back wall and started taking food off of the tray. There was one hamburger, one
order of french fries and one drink.
The little old man unwrapped the plain hamburger and carefully cut it in half.
He placed one half in front of his wife. Then he carefully counted out the french fries, divided them in two piles and neatly placed one pile in front of
his wife. He took a sip of the drink, his wife took a sip and then set the cup
down between them.
As the man began to eat his few bites of hamburger, the crowd began to get restless. Again you could tell what they were thinking: "That poor old couple.
All they can afford is one meal for the two of them." As the man began to eat
his french fries one young man stood and came over to the old couple's table.
He politely offered to buy another meal for the old couple to eat. The old man
replied that they were just fine. They were used to sharing everything.
Then the crowd noticed that the little old lady hadn't eaten a bite. She just
sat there watching her husband eat and occasionally taking turns sipping the drink. Again the young man came over and begged them to let him buy them something to eat. The man again explained that no, they were used to sharing everything together.
As the little old man finished eating and was wiping his face neatly with a napkin, the young man could stand it no longer. Again he came over to their table and offered to buy some food. After being politely refused again, he finally asked a question of the little old lady: "Ma'am, why aren't you eating?
You said that you share everything. What is it that you are waiting for?"
She answered, "The teeth."

One day a little girl was watching her mom make a roast beef. She cut off the ends, wrapped it in string, seasoned it and set it in the roasting pan.
The little girl asked her mom why she cut off the ends of the roast. Mom replied, after some thought, that it was the way that her mother had done it.
That night grandma came to dinner and the little girl and her mom went to her and asked why she had cut the end off of the roast before cooking. After some thought grandma replied, that was the way her mother had done it.
Now great grandmother was quite old and in a nursing home. But the little girl went with her mom and grandma to see her and again asked the question.
Grandma looked at them a bit annoyed and said, "So it would fit in the pan, of course."

Two bowling teams, one of all Blondes and one of all Brunettes, charter a double-decker bus for a weekend bowling tournament in Los Angeles. The Brunette team rides on the bottom of the bus. The Blonde team rides on the top level.
The Brunette team down below is living it up having a great time when one of them realizes she doesn’t hear anything from the Blondes upstairs. She decides to go up and investigate.
When the Brunette reaches the top, she finds all the Blondes frozen in fear, staring straight ahead at the road and clutching the seats in front of them with white knuckles. She says, “What the heck’s goin’ on up here? We’re havin’ a grand time downstairs!”
One of the Blondes looks up and says, “Yeah, but you’ve got a driver!” 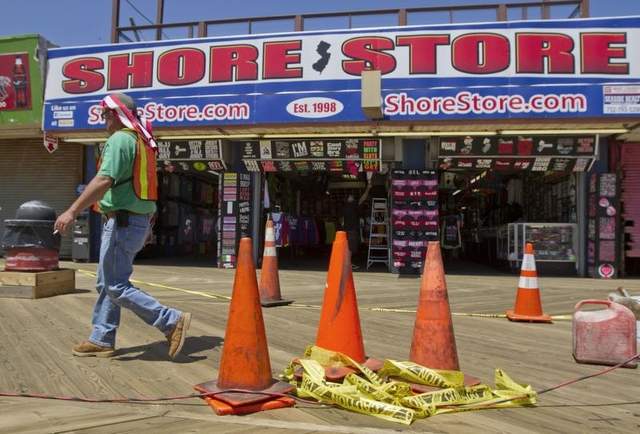 A blonde lady motorist was about two hours from San Diego when
she was flagged down by a man whose truck had broken down.
The man walked up to the car and asked, "Are you going to San Diego?"
"Sure," answered the blonde, "do you need a lift?"
"Not for me. I'll be spending the next three hours fixing my truck.
My problem is I've got two chimpanzees in the back that have to be
taken to the San Diego Zoo. They're a bit stressed already so I don't want to keep them on the road all day. Could you possibly take them to the zoo for me? I'll give you $100 for your trouble."
"I'd be happy to," said the blonde.
So the two chimpanzees were ushered into the back seat of the
blonde's car and carefully strapped into their seat belts, and off
they went.
Five hours later, the truck driver was driving through the heart of
San Diego when suddenly he was horrified! There was the blonde walking down the street, holding hands with the two chimps, much to the amusement of a big crowd.
With a screech of brakes he pulled off the road and ran over to the
blonde. "What are you doing here?" he demanded, "I gave you $100 to take these chimpanzees to the zoo."
"Yes, I know you did," said the blonde. "But we had money left over
so now we're going to Sea World."

60th Class Reunion
He was a widower and she a widow. They had known each other for anumber of years, having been high school classmates and having
attended class reunions in the past, without fail.
This 60th
anniversary of their class, the widower and the widow made a foursome
with two other singles. They had a wonderful evening, their spirits
high, with the widower throwing admiring glances across the table and
the widow smiling coyly back at him.
Finally during one dance, he picked up courage to ask her, "Will you marry
me? After about 6 seconds of careful consideration, she answered, "Yes... yes I will!"
Needless to say, the evening ended on a happy note for the widower.
However, the next morning he was troubled. Did she say Yes or did she
say No? He couldn't remember. Try as he would, he just could not
recall. He went over-and-over the conversation of the previous
evening, but his mind was blank.
He remembered asking the question,
but for the life of him could not recall her response. With fear and
trepidation, he picked up the phone and called her. First, he
explained that he couldn't remember as well as he used to. Then he
reviewed the past evening. As he gained a little more courage, he then
inquired of her, "When I asked if you would marry me, did you say Yes
or did you say No?”
"Why you silly man, she replied, I said Yes. Yes, I
will! And I meant it with all my heart!" The widower was delighted.
He felt his heart skip a beat
Then she continued. "And I'm so glad you called, because I couldn't
remember who asked me.” A Catholic priest, a Protestant minister, and a Jewish rabbi were discussing when life begins.
"Life begins," said the priest, "at the moment of fertilization. That is when God instills the spark of life into the fetus."
"I believe," said the minister, "that life begins at birth, because that is when the baby becomes an individual and is capable of making its own decisions and must learn about sin."
"You've both got it wrong," said the rabbi. "Life begins when the children have graduated from college and moved out of the house!"