The Geography of a Woman as she ages:
Between 18 and 22, a woman is like Africa . Half discovered, half wild, fertile and naturally Beautiful!
Between 23 and 30, a woman is like Europe. Well developed and open to trade, especially for someone of real value.
Between 31 and 35, a woman is like Spain. Very hot, relaxed and convinced of her own beauty.
Between 36 and 40, a woman is like Greece. Gently aging but still a warm and desirable place to visit.
Between 41 and 50, a woman is like Great Britain. With a glorious and all conquering past.
Between 51 and 60, a woman is like Israel. Has been through war, doesn't make the same mistakes twice, and takes care of business .
Between 61 and 70, a woman is like Canada. Self-preserving, but open to meeting new people.
After 70, she becomes Tibet.
Wildly beautiful, with a mysterious past and the wisdom of the ages.
An adventurous spirit and a thirst for spiritual knowledge.
THE GEOGRAPHY OF A MAN
Between 1 and 100, a man is like North Korea and Russia.
Ruled by a pair of nuts!

A woman in a hot air balloon realised she was lost. She reduced altitude and spotted a man below. She descended a bit more and shouted: "'Excuse me, can you help me? I promised a friend I would meet him an hour ago but I don't know where I am". The man below replied "You're in a hot air balloon hovering approximately 30 feet above the ground. You're between 40 and 41 degrees north latitude and between 59 and 60 degrees west longitude".
"You must be a technician." said the balloonist. "I am" replied the man "how did you know?" "Well," answered the balloonist, "everything you have told me is probably technically correct, but I've no idea what to make of your information and the fact is, I'm still lost. Frankly, you've not been much help at all. If anything, you have delayed my trip with your talk."
The man below responded, "You must be in management". "I am" replied the balloonist, "but how did you know?" "Well," said the man "you don't know where you are or where you're going. You have risen to where you are, due to a large quantity of hot air. You made a promise, which you've no idea how to keep, and you expect people beneath you to solve your problems. The fact is you are in exactly the same position you were in before we met, but now, somehow, it's my fault.

Letter from a retired husband:
It’s important for men to remember that, as women grow older, it becomes harder for them to maintain the same quality of housekeeping as when they were younger. When you notice this, try not to yell at them. Some are oversensitive, and there's nothing worse than an oversensitive woman.
My name is Larry. Let me relate how I handled the situation with my wife. When I retired a few years ago, it became necessary for Carol to get a full-time job, along with her part-time job, both for extra income and for the health benefits that we needed. Shortly after she started working, I noticed she was beginning to show her age. I usually get home from the golf club at about the same time she gets home from work.
Although she knows how hungry I am, she almost always says she has to rest for half an hour or so before she starts dinner. I don't yell at her. Instead, I tell her to take her time and just wake me when she gets dinner on the table. I generally have lunch in the Men's Grill at the club, so eating out is not reasonable. I'm ready for some home-cooked grub when I hit that door. She used to do the dishes as soon as we finished eating. But now it's not unusual for them to sit on the table for several hours after dinner.
I do what I can by diplomatically reminding her several times each evening that they won't clean themselves. I know she really appreciates this, as it does seem to motivate her to get them done before she goes to bed.
Another symptom of ageing is complaining, I think. For example, she will say that it is difficult for her to find time to pay the monthly bills during her lunch hour. But, Boys, we take 'em for better or worse, so I just smile and offer encouragement. I tell her to stretch it out over two, or even three days. That way, she won't have to rush so much. I also remind her that missing lunch completely now and then wouldn't hurt her any (if you know what I mean). I like to think tact is one of my strong points.
When doing simple jobs, she seems to think she needs more rest periods. She had to take a break when she was only half-finished mowing the lawn. I try not to make a scene. I'm a fair man. I tell her to fix herself a nice, big, cold glass of freshly squeezed lemonade and just sit for a while. And, as long as she is making one for herself, she may as well make one for me, too.
I know that I probably look like a saint in the way I support my wife. I'm not saying that showing this much consideration is easy. Many men will find it difficult. Some will find it impossible! Nobody knows better than I do how frustrating women get as they get older. However, guys, even if you just use a little more tact and less criticism of your ageing wife because of this article, I will consider that writing it was well worthwhile. After all, we are put on this earth to help each other.
EDITOR'S NOTE:
Larry died suddenly on November 29 of a perforated rectum. The police report says he was found with a Calloway extra-long 50-inch Big Bertha Driver II golf club jammed up his rear end, with barely 5 inches of grip showing, and a sledgehammer laying nearby. His wife was arrested and charged with murder. The all-woman jury took only 10 minutes to find her Not Guilty, accepting her defense that Larry, somehow without looking, accidentally sat down on his golf club.

At the end of their first date, a young man takes his favorite girl home. Emboldened by the night, he decides to try for that important first kiss.
With an air of confidence, he leans with his hand against the wall and, smiling, he says to her, "Darling, how 'bout a goodnight kiss?"
Horrified, she replies, "Are you mad? My parents will see us!"
"Oh come on! Who's gonna see us at this hour?"
"No, please. Can you imagine if we get caught?"
"Oh come on, there's nobody around, they're all sleeping!"
"No way. It's just too risky!"
"Oh please, please, I like you so much!!"
"No, no, and no. I like you too, but I just can't!"
"Pleeeeease?..."
Out of the blue, the porch light goes on, and the girl's sister shows up in her pajamas, hair disheveled. In a sleepy voice the sister says: "Dad says to go ahead and give him a kiss. Or I can do it. Or if need be, he'll come down himself and do it. But for crying out loud tell him to take his hand off the intercom button!"

National No-bra Day was not a success this year,
mainly due to a lack of support

A woman burst out of the examining room screaming after her young physician tells her she is pregnant.
The director of the clinic stopped her and asked what the problem was. After she tells him what happened, the doctors had her sit down and relax in another room and he marched down the hallway where the woman’s physician was and demanded, “What is wrong with you? Mrs. Miller is 60 years old, has six grown children and nine grandchildren, and you told her she was pregnant?”
The young physician continued to write his notes and without looking up at his superior, asked, “Does she still have the hiccups?”

Before anyone notifies me further, I am well aware of the picture of me in the shower that's going around on social media. A so called friend of mine decided to post it as a source of "revenge." I don't really care though. I love ME and I'm not ashamed of me. I will post the pic in the comments section to save all you nosey people from searching for it! 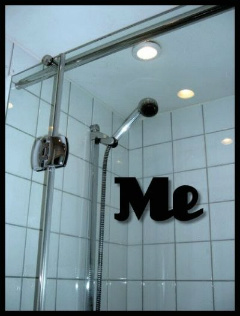 that's where i met my ex.