Under the radar: 10th Amendment Movement Picks Up Steam

Millions of Americans watch with horror as the Obama administration continues to implement its own version of 'change.' Change that involves an unprecedented and systematic devolution of power to the federal government, in direct contravention of the Constitution.

From the pending takeover of 17% of economy under the auspices of health care reform, to the government takeover and subsequent ownership of automobile companies, to the unconstitutional interference in the formerly private market under the rubric of stimulating the economy. Not to mention the proposed cap and trade legislation which would give the federal government unlimited powers of taxation and regulation under the guise of saving the planet.

Totally ignored by elected officials of both parties is the tenth amendment of the Constitution, which states very clearly, "The power not delegated to the United States by the Constitution, nor prohibited by it to the states, are reserved to the States respectively, or to the people."

Many Americans don't agree with the left's idea of a 'living constitution', arguing that the intent of the founders should govern the interpretation and application of the Constitution, not the whimsical and politically motivated present day politicians. And, largely unreported by the media, they are starting to stand up to the federal government.

To date, 37 states have introduced sovereignty resolutions, asserting their state's sovereign rights under the tenth amendment.

Earlier this month, Louisiana became the seventh state, joining Alaska, North Dakota, South Dakota, Oklahoma, Idaho and Tennessee to officially adopt a resolution affirming their sovereignty. These states are putting the federal government on notice that politicians in Washington do not have the right, under the Constitution, to continue to impose their increasingly onerous federal mandates on sovereign states.

Some states, with Arizona leading the way, are going a step further.

Under Arizona's Health Care Freedom Act, which was passed by the Arizona state legislature this month, a voting initiative will be placed on the 2010 ballot that, if passed, will allow Arizona to opt out of any federal health care plan.

Following Arizona's lead, five other states -- Indiana, Minnesota, New Mexico, North Dakota and Wyoming -- are considering similar initiatives to opt out of federal health care for their 2010 ballots This, even before Congress has created the program.

Arizona is also preparing for the misnamed 'climate' bill, that passed the House this month. (With eight Republican votes.) The Arizona state Senate voted 19-10 to approve a bill banning the Department of Environmental Quality from enacting or enforcing measures with language pertaining to climate change.

Other states are stepping up to the plate and asserting their state's sovereign right under the second amendment - a right that guarantees the right of the people to keep and bear arms.

On July 6, Florida introduced the Firearms Freedom Act which seeks to provide "that specified firearms, firearm accessories, and ammunition for personal use manufactured in state are not subject to federal law or regulation" in the State of Florida.

Increasingly, the representatives 'we the people' have elected to preserve and protect our rights, are ignoring the clear, unequivocal language of the Constitution. Our politicians seem unaware of the fact that the Constitution does not include congressional power to override state laws.

In fact, the power our representatives are now accruing to the federal government was expressly voted down, not once, but several times.

During the Constitutional ratification process, James Madison drafted the 'Virginia Plan' which advocated a strong federal government. It proposed, among other things, giving Congress legislative authority, and a veto over state laws. Each of Madison's proposals was soundly defeated. Our founders clear intent was vesting all powers in the states, with but a few, listed exceptions.

Ever since 1938, when FDR used the occasion of the great depression to drastically expand the scope of federal government (Wickard vs Filburn) using an absurd reading of the Commerce Clause, this unconstitutional taking of power by the central government has gone virtually unchallenged. Until now.

Though the media has ignored these efforts, 'we the people' are starting to fight back, via our state and local representatives.

Permalink Reply by LyndaAndLab on July 22, 2009 at 5:31am
As a 50-year-old woman with serious, uncurable chronic diseases, I'm 100% behind these changes to the horrible healthcare system we now have. Presently my husband is unemployed and we can't take a chance by dropping COBRA for a month or two, because no insurance company would ever cover me if they had an out. We fight with insurance at least 3 or 4 days a week over tests and treatments that took place 3 years ago - with their pre-approval, but 3 years later insurance hasn't paid a dime and we have creditors calling on behalf of hospitals.

And regarding the budget, at least now we have an administration smart enough to include the costs of the wars in Iraq and Afganistan in the budget.

Permalink Reply by Emmett S on July 22, 2009 at 6:11am
I am very fortunate to have 100% emplyer paid health care. and my heart goes out to the folks like Lynda . but the Federal Goverment and this country is in danger if this Health crae bill passes. The federal Goverment can not fix anything with out making things worse. I beg someone to show me something they have fixed, except war they have never fixed a single demestic problem. So why are so many Americans willing to put thier faith in this goverments health care plan?
Yes it needs fixed but not by them.

Permalink Reply by ZenDog on July 22, 2009 at 10:01am
Ya-ya. States Rights. And the Vermont Air Guard is preparing for a mission over the midwest, to reduce those power plants to rubble whose smoke stacks are so high their pollution kills the spruce trees in Vermont.

Permalink Reply by funesthememorious on July 22, 2009 at 12:22pm
Pffft. The 14th and 15th amendments were ignored by the federal government for close to 100 years. And international terrorist and war criminal George Bush subverted the Constitution and granted the executive branch far reaching powers that Obama can make use of.

As far as health insurance, look at Norway. All Norwegians are insured by the National Insurance Scheme. This is a universal, tax-funded, single-payer health system, a very centralized system. All Norwegian citizens and residents are covered.

The National Insurance Scheme is funded by general tax revenues. The government sets a global budget limiting overall health expenditures and capital investment. Norwegians can opt out of the the government system and pay out-of-pocket. Many pay out-of-pocket and travel to a foreign country for medical care when waiting lists are long. Yes, a disadvantage....waiting lists are often long.

As an aside, almost all Norwegians possess firearms, but gun crime is negligible. Their education levels and standard of living are among the highest in the world. And the percentage of its citizens that call themselves atheists is about 70%. 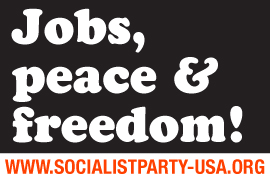 Permalink Reply by Sarge! on July 26, 2009 at 8:07pm
Smells like a showdown is coming b'tween Obamites, congress, and the rest of the country.