The 'Ocean State' has literally turned into the ocean!

As many of you know--I am a resident oof a small, tiny, East Coast State that use to be known to the world as Rhode Island.  I say use to be--because there is a decree that have the State's name changed to Row Island!

Flood is the word of the week for this state right now!  There are floods everywhere--including my basement--(Just above ankle deep right now).  I have a brand new river in my back yard--but I am not as bad as areas like Cranston and West warwick--where entire sections of those towns have been totally evacuated.  What am I saying?  Half of Western Rhode Island have been evacuated or is currently being considered as to whether or not they should be evacuated.  Roughtly %40 of I 95--the main highway of RI is unreachable--or closed down--(And there are only 28 exits on I 95 here--what does that tell u????).

President Obama had declared the entire State of RI in a State of Emergency, so we are going to be under a federal watch at least for the rest of this week.  Which is good--because it is suppose to rain the rest of this week!  But u wanna know what the biggest problem of the whole situation is??  I don't have any bacon available for breakfast--and I can't go out to get any!!  Grrrrr!!!!

Permalink Reply by larry kremis on March 31, 2010 at 5:03am
It's been an incredible year weatherwise for the Northeast and Atlantic Coast. I hope the worst is behind all of you.

Permalink Reply by HAVE_A_HEART on March 31, 2010 at 5:06am
It is good to see The National Guard at work over here! I am sure they are glad that they don't always have to be involved in fighting a war!

Permalink Reply by HAVE_A_HEART on March 31, 2010 at 5:29am
A friend of mine says he was fishing from his front lawn--and he actually caught a fish! Not bad--considering his nearest river use to be 3 blocks from his home!

Permalink Reply by HAVE_A_HEART on March 31, 2010 at 9:56am
Actually--The salvation Army is just about at ever twist and turn they can get to--and there are US Army's (National Guards) vehicles on just about every main thourough fares road they can get to. I say just abou--because there are roads that even those monstrous vehiles can not take. For example--a bridge that connects Westerly, RI to Pawcatuck, CT is totally submerged--(They are thinking at least 5 feet underwater!!!)--so there is no way to get across it with a motor vehicle--State troopers literally gave that entire area over to the Coast Guards to handle!!

As far as FEMA--I haven't seen any vehicles with that particular signs--But I can personally tell you, (Because I went out to help for a couple of hours), that the Salvation Army have been doing some incredible services--as far as getting people to safe (temporary) places for the time being, as well as getting food to the emergency workers (Police--EMT-s and such). I would still be out there--but unfortunately my heart keeps reminding me I got a heart problem to contend with--dog gone it!

The good news as of right now however--is as far as local weather is concern--the major part of the storm that hit us is basicly over. We will get a few showers here and there--but nothing really to cause more major rises in the floods. The bad news is 2 dams--incuding one that pretty much safe guarded Cranston, RI for some 50 years--were both broken--and there fore there is no telling when the flood waters in those areas will recede enough to make it safe for the folks in those ares to go home. Also--as of last count--there are approximately 70,000 homes and or businesses without any power! I am figuring I really lucked out by only having a flooded basement!

Permalink Reply by Chez moi on March 31, 2010 at 6:25am
Sorry for all the water everywhere, and especially for your inconvenience, H_A_H. Airlifting bacon even as we speak. 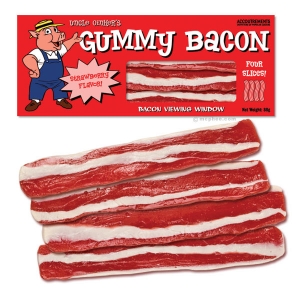 Toast with that? This kind is perfect for flood conditions. 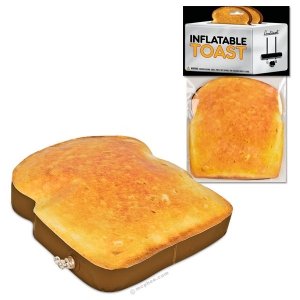 Permalink Reply by Kittycat on March 31, 2010 at 7:19am
HAH, sooo sorry to hear of your situation. Wishing you Sunshine and wind.

Permalink Reply by Mari Cella on March 31, 2010 at 7:20am
My place, South Orangetown (Rockland County) was hit by the most devastating storm of the decade 2 weeks ago. I have never seen so many fallen trees in all the 30+ yrs I've lived there. The clean up crew hasn't finished doing their job yet.


Here's an excerpt from a post I made the day after the storm. My kids and I had to attend a relative's wedding
We left the house past 5. The wedding reception was in Long island one and a 1/2 hr away and commenced at 5:30 pm. I got on the Palisades Parkway South which looked like the scene in a disaster movie with so many fallen trees on the roadway. I lived in this area for almost 32 yrs. I have never seen Palisades Pkway looking the way it did yesterday. The northbound route was at a complete standstill. 7 cars were stuck trying to creep across the embankment to the other side. They are idiots....knowing it was really muddy and that the small valley between the north and southbound embankments was steep. After driving past them, I wondered to myself if I should just turn around and go home. The rain was torrential, there was flooding, and the wind kept blowing my car to the side.

We reached the reception area late and stressed, because during that storm I was having an argument w/my kids about their dad and their aunt who they are both estranged from. Yet at the reception all was forgotten and we had a nice time for about 3 hrs. I decided to leave early w.them knowing the weather was still murderous. Lo and Behold, a highway team blocked the entrance to the Throggs Neck bridge because of the flooding. I was almost stuck in the deep flood myself but I followed 3 cars that crossed over the pylon dividers and got onto the ramp to the bridge. While on the bridge, again I was reminded of a disaster movie. Water was spewing out like fountain sprays 4 feet into the air all over the bridge and the water was snaking around in a weird sorta dance. My son said to drive faster and get the hell outta there which I did. It felt like the bridge would collapse soon. Then I crossed another bridge to get to the Palisades Pkway again. The neighborhood, Fort Lee, on the other side was experiencing a blackout because all the lights were out. Just great! I was praying everything was fine at our neighborhood. After dodging even more fallen trees on the northbound route and thinking the world is coming to an end because i have never seen my neighborhood in this state, we reached home. the lights were off. I took a shower and fell asleep promptly. My kids both beat me to it.
(Note: We were lucky because just a few blocks away, they lost power for almost 3 days.)

Permalink Reply by HAVE_A_HEART on March 31, 2010 at 10:14am
The news just reported that a 3rd dam just broke---and unfortunately it is the biggest dam in RI--and it is like about 5 miles from my house. The fun just get better and better!

Permalink Reply by darroll on March 31, 2010 at 11:39am
Be careful all of you.
Do you have anyone that can stand guard for higher water?

Permalink Reply by HAVE_A_HEART on March 31, 2010 at 1:00pm
UPDATE: The river from that dam is reaching epidemic proportions in my neighborhood--so the National Guards is ordering my neighborhood to evacuate--including my mom and me. This mean I will be offline for at least a day maybe 2--depending on when this thing recedes. I also got 8 cats I have to somehow keep calm during this evacuation---God Almighty--what a nightmare!

Permalink Reply by Kittycat on April 1, 2010 at 9:56am
HAH, I hope all is well with you and your Mom. We're all concerned about you. Keep us up to date when you can.

Permalink Reply by Dazzling Zoomer Gal Diana on April 1, 2010 at 12:23pm
I quadruple every one's concern HAH, as will TSD when he reads your post. Be careful with all things electrical. Keeping you and yours in our thoughts.

And there is nothing odd about the weather world wide and here in the US? Humph. My gut feeling is we are going to have a nasty hurricane season.