SHE WAS ONLY 32 YEARS OLD

As a person who has a cardiac condition--I get a little nerve wrecked when someone dies of a heart condition. But when they are a lot younger then me--and they die from a heart problem--especially when they are rich and famous--and should have the best of healthcare services available to them...well...that is just a scarey read! 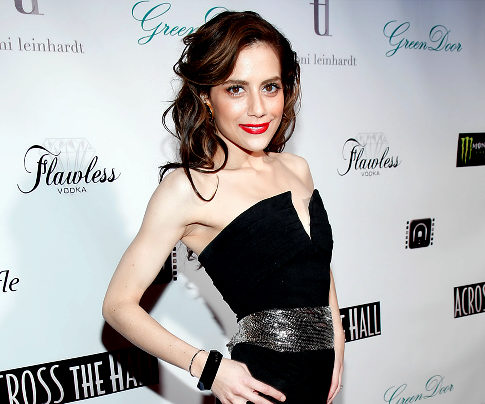 Actress Brittany Murphy was rushed to the hospital Sunday morning. She was pronounced dead on arrival, according to TMZ


Movie star Brittany Murphy is dead of a heart attack at 32.

She went into full cardiac arrest early Sunday and could not be revived, the Website TMZ reported.

The Los Angeles City Fire Department got a call from the home of Murphy's husband Simon Monjack about 8 a.m., fire officials told TMZ.

She was taken to Cedars-Sinai Medical Center, where she was pronounced dead on arrival

The starlet became a household name among teens in 1995 as the sidekick in "Clueless," who went from awkward wall flower to snotty hottie.

A few years ago, she released the single "Faster Kill Pussycat," which became a dance club hit.

Permalink Reply by Tina on December 20, 2009 at 12:45pm
May her family and those who knew and loved her find peace and may the Medical profession continue their search in care and treatment for all illness and disease.

Actress Brittany Murphy has died, according to the Los Angeles coroner's office.

The 32-year-old actress, who starred in "Clueless" and with Eminem in "8 Mile," was declared dead at Cedars-Sinai Medical Center, according to Selena Barrows, an investigator with the coroner's office.

"We have a preliminary death report of someone with the name of Brittany Murphy," Barrows told TheWrap. The report came from Cedars-Sinai Medical Center at 11 a.m. on Sunday.

The news was first reported by TMZ.com.

TMZ said multiple sources reported that the actress had gone into cardiac arrest and could not be revived on Sunday morning.

Barrows said cardiac arrest could mean any number of things, and was not an indication of the cause of death.

However, Murphy's suspected excessive use of drugs had been the subject of widespread speculation, and was even the subject of a parody sketch on a recent "Saturday Night Live" Weekend Update.

The Los Angeles City Fire Department said a 911 call was made at 8 a.m. from the Los Angeles home of Murphy's husband, Simon Monjack. She was pronounced dead on arrival at Cedars-Sinai Medical Center.

Born in Atlanta, Murphy started acting in regional theater at age 9; by age 13, she had signed with a manager and began appearing in television commercials. Her first roles were on TV series such as "Murphy Brown" and "Parker Lewis Can't Lose," which led to her breakthrough film, 1995's "Clueless."

She had five movies currently in production, including "Poor Things," with Rosario Dawson; "Shrinking Charlotte," with Kathleen Turner; and Sylvester Stallone's "The Expendables," with Stallone, Jet Li and Jason Statham.

In 2005, she signed on as the spokesmodel for Jordache Jeans. She has been named to both FHM's 10 Sexiest Women List, and Maxim's Hot 100.

In 2006, she released the single "Faster Kill Pussycat," which became a club hit on Billboard's Hot Dance Club Play chart. She also covered Queen's "Somebody to Love" and Earth, Wind & Fire's "Boogie Wonderland" for the film "Happy Feet."

She married screenwriter Monjack in 2007; before that, she was engaged to talent manager Jeff Kwatinetz, and production assistant Joe Macaluso. In late 2002, she dated Ashton Kutcher, with who she co-starred int he film "Just Married."

Permalink Reply by Lowell Brandon on December 20, 2009 at 2:49pm
I saw this on MSN today. How sad, and a shocking death for someone so young. Someone mentioned a possible drug connection, but I can also see that she looks rather thin to me, in mho. Could it also be related to anorexia or bulimia, wich would strain the heart something awful? Her death sure puts a damper on Christmas for her husband.

Permalink Reply by Slayer Dug on December 20, 2009 at 7:45pm
The holidays are difficult enough without somebody's passing adding to the strain. Nobody wants to remember the holidays as a time of mourning. My kindest regards and condolences to any and all of you whom have had to suffer this.

Permalink Reply by J Lee S on December 20, 2009 at 7:53pm
This Lady was awesome. This was very sad to see . I was hoping to see her in the next set of Sin City movies.She was really great in Clueless...she played that with some realism. That trainwreck with Ashton Kutcher was even not completely nauseating. She had good comedic skills. I think she was good people and will miss her here..

Permalink Reply by J Lee S on December 20, 2009 at 8:06pm
Not HERE at TBD...HERE being this place/world.(Just in case anybody thought I was loopy.)