I totally agree with Teddy Bear.

Richard Overton, who at 107-years-old is America's oldest living veteran on record, was honored last week at a Veterans Day ceremony in Austin, Texas. In addition to a standing ovation, Overton received a box of cigars -- a vice that he cites as a key ingredient in his recipe for longevity.

Overton takes no medicine, except for aspirin. Instead, he smokes cigars -- up to 12 a day, he told Fox News this spring -- and drinks whiskey with his morning coffee. The secret to living long, he told the Houston Chronicle, is "staying out of trouble."

“I also stay busy around the yards, I trim trees, help with the horses," he told Fox. "The driveways get dirty, so I clean them. I do something to keep myself moving. I don’t watch television."

Overton served in the Army during World War II in Hawaii, Guam, Palau and Iwo Jima. He now lives in Austin.

On Sunday, Overton was set to be honored in Washington, D.C. by President Barack Obama as part of the White House's Veterans Day festivities. According to KEYE TV, Overton was scheduled to have breakfast with the president and Vice President Joe Biden, and then attend a wreath-laying ceremony at Arlington National Ceremony.

"The president wants me to come with him," Overton said. "I'm surprised he called me."

This 9 yaer old is surely a gift of the Gods..

All sold out. I have put mine out to pasture on the farm. 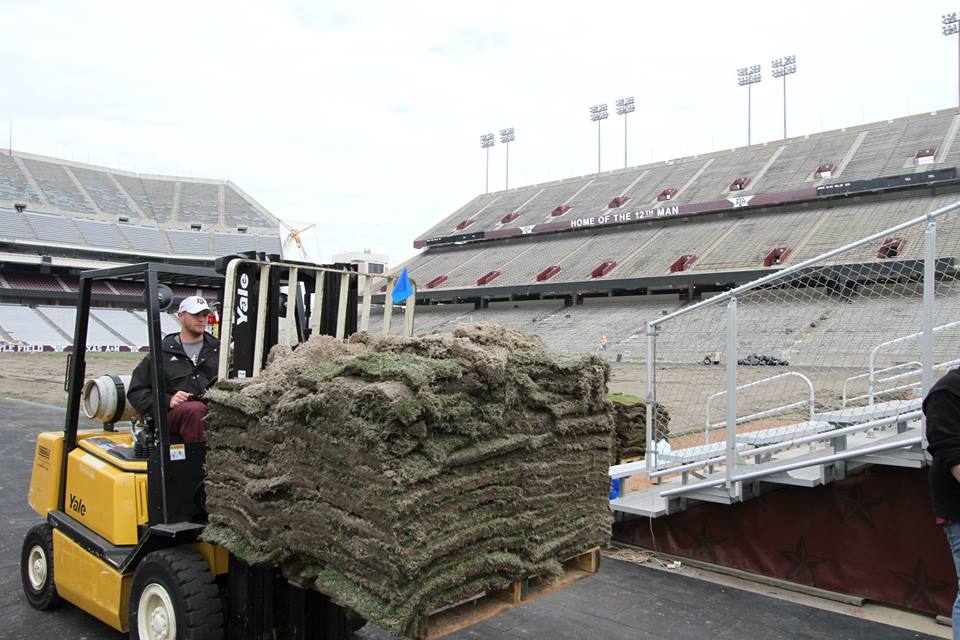 Former home of my grass.

Kyle Field grass does not like being put out to pasture after having so much fun with Johnny.

Permalink Reply by funesthememorious on November 15, 2013 at 3:16am