WHOOOOOOOOP!!! Congratulations to your son and to you, Aggie!!!!!

This cartoon brings back memories of my mom. I was stressed about a paper due in a computer class I was taking, visited mom, and she cooked me some hamburgers. 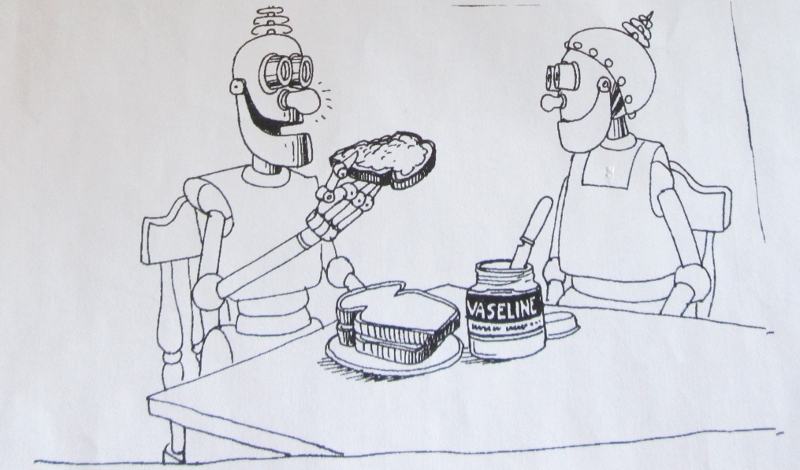 That's a lovely memory, Funes, and a sweet tribute.

Isn't it amazing how a parent's love can make everything feel better, no matter how old you get?

Happy Mothers Day! This photo is of my friend Kim skydiveing with her Mom taken when her mom was 80! 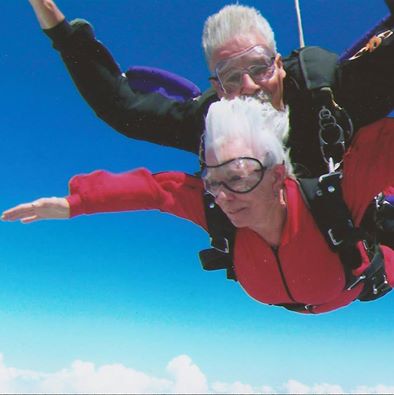 WOW, what a wonderful, trusting, and downright fun mother-daughter relationship between a couple of gutsy women with major joie de vivre!!! My kinda gals!

I'm smiling from ear-to-ear. Thanks, DD!

This rendition of Man In the Mirror, from the movie, "A Joyful Noise," just makes me happy. Love Keke Palmer...

Apricot Lane Farms seems to be a really cool organic, biodynamic farming project in Southern California. Here's an uplifting look at an extraordinary guy who works there.

A happy ending for a couple of buddies...

Finally. Now I won't have to put on bowling shoes, polyester blend pants,and a sports jersey when I think I'll be near them.

Televangelist and 700 Club host Pat Robertson, 83, today interrupted a segment of his show dedicated to fielding audience questions to describe the method by which he has remained “straight and AIDS-free” throughout his long preaching career. Robertson—whose show reaches nearly 1 million viewers a day—said that, since 1969, he’s been wearing an “anti-sodomite” necklace, which, according to Robertson, “repels homosexuals and other queers, and keeps [him] free of their abhorrent lifestyles and gay diseases.”

“With all the gayness poisoning our great nation these days, you might think it’s only by God’s grace that I have managed to remain straight and healthy through it all,” Robertson told his viewers. “But, for once, this was no miracle—I have only my gay-repelling necklace to thank, which has kept all sexual degenerates at least 20 feet away from me for the last 44 years, ever since the stonewall riots convinced me the gays were coming for my heterosexuality.”

Robertson neglected to fully explain the necklace’s powers, revealing only that “it involves hyper-masculine materials, such as moose semen and barbed wire,” but said that he is finally ready to share it with the world. “For only ten easy payments of $59.99, you too can protect yourself from fancy-boy, disease spreading homosexuals,” Robertson said. 700 Club producers expect sales of the necklace to generate substantial funds for the show, which netted over $400 million in donations in 2005 alone.

First, Pat, embezzle some more of that donated $400 million and buy yourself a brain that works. I’d suggest you splurge and don’t go for the bottle marked “Abby Normal” this time.

Second, you might look into procuring a pair of testicles. I hear that’s where most men get their “hyper-masculine materials.” I assume yours have been missing for at least 44 years.

Here’s where you might save a few of your follower’s bucks. The buzz is that there are lots of BIG, testosterone-filled testicles languishing at hospitals where they do sex reassignment surgery—no need to worry yourself about just what that surgery entails. All you need to know is, those bad boys are FREE!

Third, you need to recall those necklaces from the market and do a little tweaking. Homosexuals LOVE moose semen—it’s a gay magnet. In fact, many drag queens gargle with it. Truth is, we homosexuals use moose semen in our “anti-self-righteous moron and bigot” necklaces.

I’m afraid you may have to face the fact that it is only by God’s grace that you’ve managed to stay straight.

And, with that in mind, I’d like to take this opportunity to speak for the entire gay community and say, “Thank you, God!”