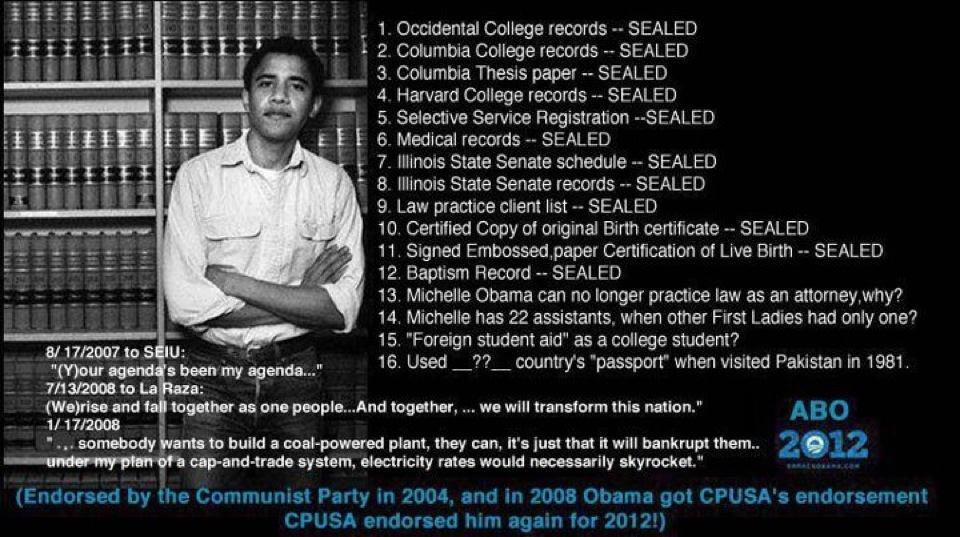 Tool......come out of the basement and get some air. It's nice out here.

I don't have a basement, just a quaint lil ol cottage by a lake.

I'm not sure what to think of many of you guys n gals.

you either love Obama cause your getting something from the government or you want something? Government Health care for all isn't going to happen, Obama being on the ballot in November just might not be either. I'd be sincerely surprised if he isn't brought up on charges of treason by November the way things are shaping up. We have had no president ever in our history that has worked so hard to transform our Constitutional Republic into a socialist Democracy, and that's not only a bad thing that's a horrible thing. If you read History as much as I try to do, there has never once in all of Human history been a successful thriving Democracy, and there has been many attempts. absolutely all of them have fallen into anarchy, and not a one escaped the Oligarchy that ensued. We need a President and Congress that actually obeys and follows the Constitution. And that's absolutely not going to be Obama..

The way I see it, he's going to have us divided into race wars and martial law before November. I see almost no chance of avoiding it. The only way he will see a second term is if he appoints himself King Dictator, which I wouldn't put it past him to try and do...

Tool....you may not have a literal basement under your house, but you do live in one.

I would sincerely hate to live a life without some optimism, some hope, some happiness, a life where there is no beauty....just four walls of cynicism about life in general which from your posts here that is where you live.

I feel for you, man.

We are going to have four more years of Obama.

The press is going to tear Romney to pieces (rich, white,religious,).

Romney knows he can't win. Is he on Obama's team?

Remember McCain had the same chance of winning.

and by the way,

all banks starting with Goldman sach's and JP Morgan.

I think they are both puppets of the same puppeteer, don't ya think?

This song always makes me want to cry, and that goes double here in this discussion. It hits the nail right on the head. Sad musings for real.

the proof, in all it's facts and evidence put forth.

Obama is not eligible for president, guilty of treason.

and don't get me started on Bush. All his crap need to be investigated as well.