I Never Cease To Be Amazed

I like to take the time and read over the blogs that others have written. I don't always agree with everything posted but most of you folks who take the time to write do so from the heart. I just finished reading the comments of one of our members who is a nurse. My main conclusion is that if I'm ever in trouble medically, I want her or someone like her to be my caregiver. She doesn't pull any punches and what she writes about isn't necessarily pleasant, but she writes from her heart. She… Continue

The California Fires Are Too Close To My Heart

In keeping an eye on the devastation taking place in Southern Calif, my heart strings are being tugged and I am trying very hard not to cry. I worked for NASA/JPL, a job I loved and looked forward to going in every night. At that time, JPL was a self contained, highly guarded and protected city of a minimum of 6,000 workers at any given moment. A few years after leaving JPL, I went to work for the U.S Forest Service/La Canada Station, division of the San Gabriel mountains, right next to La… Continue

On Burying Friends and Ideals

I am out of tears. I spent Saturday, like much of the rest of the nation, attending as best I could, senator Edward Kennedy's funeral service. It was a beautiful and moving service, and though I thought I'd watch for while and then go do other things, I spent the entire day saying goodbye to the senator and musing on his life and the direction the country has taken over the years.

We knew this death was coming, but yet I found it was amazingly instructive in so many ways. The number… Continue

She was kinda cute, and kinda young,
and no one knew she kept a pistol
in her purse. She only used it once.

So I wonder: Was she the Master
of her own Domain?
Upon this point we could now dispute . . .

I would see her often at the slams
come Friday nite, and often she would win,
way back in nineteen ninety-nine.

She would feign with innocence,
thinly veil a smile and flirt
with mystery . .… Continue

Should John Hinckley Get More Freedom?

John Hinckley attempted to assassinate former President Ronald Reagan in 1981. He was found not guilty by reason of insanity in his subsequent trial.

Hinckley has been housed at St. Elizabeths Hospital in Washington, DC since he was found to be insane. In recent years Hinckley has repeatedly filed motions with the court to gain more freedom. At a recent hearing his psychologist Nicole Rafanello argued that he should be granted more leave from the hospital.

"We Become Silent: The Last Days of Health Freedom" - A Documentary

"We Become Silent: The Last Days of Health Freedom" details the ongoing attempts by multinational pharmaceutical interests and giant food companies, in concert with the WTO, the WHO and others to limit the public’s access to herbs, vitamins and other therapies (CODEX Alimentarius,… Continue Facebook profiles can tell you more than just peoples' birthdays and what movies they like — they can reveal the self-adoring, a new study suggests.

Researchers at the University of Georgia gave personality questionnaires to nearly 130 Facebook users and analyzed the content of their online profiles. They also had untrained observers look at the profiles and rate how narcissistic, or excessively egotistical, the owners of the profiles were.

The results of the study are… Continue


They sat through candlelight so starry eyed
in Europe's lovely Jewel; lonely Paris.
He asked four words; his stolen heart's demand:
"Will you marry me?" She did whisper, "Yes."
Her lips then lingered on his olive hand
and with that kiss their sorry fate was sealed.
'If,' 'if only,' such words are naught but sand;
upon that kiss did rumored lips…
Continue

Just Another Day, (posted there, but want my friends to have the chance to know the truth)

In the weakness of being human, Today is in reality, just another day...However on this day I am feeling my humanity perhaps a little more than I would like to. I came to TBD when it was at the other sight, in all of my ignorance I treated people as I have long fought to be treated, with love, kindness, compassion and care. I also found my way to sharing some of my life and alot of my own struggles with grave health issues and such. When I was taken ill in an even greater way and put on home… Continue

The Dream Lives On 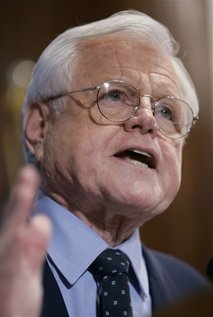 I felt like that 5 year old little girl watching t.v. as I watched the flag draped coffin of President Kennedy. For a moment I was back there...I was sitting on the floor, with my legs "indian style" in front of the t.v. All the emotions surfaced, this was another fallen icon of my time.
I was sitting on the couch today, but as I looked down, I was sitting the same way as I was as that little girl. How strange, I wasn't even aware I could… Continue

Brian P. Brown, Branch Librarian of the Cleveland Park Neighborhood Library, Washington, DC, will be retiring. I could make some nasty comments, but I won't.

A Crisis Is Right Around The Corner...

Read my blog on health, fitness, weight loss...and other arbitrary topics--depending on my mood. : ) CLICK HERE!