Boy, was I glad to hear from you!  Although the part about the pain totally stinks...it, too, will soon be a memory only! I know full well the shackles that are upon you at this time of the year with all the holidays and boat loads of discomfort screaming at you to relax and not extend yourself...well, listen to the pain.  Chill out, take a pill and give your body time and the rest it needs...it goes quicker and surer that way!

Here is what we were greeted with at daybreak today!  Started last night while I was canning 11 pints of my strapple sauce (strawberry spiked applesauce with tapioca) and baking two maple pumpkin pies...just the turkey and maple-roasted apple sweetpotatoes to throw together for today.  Big family get together at Mom's tomorrow, totally last minute!  Brothers and sisters coming in from all over (eight of them!). 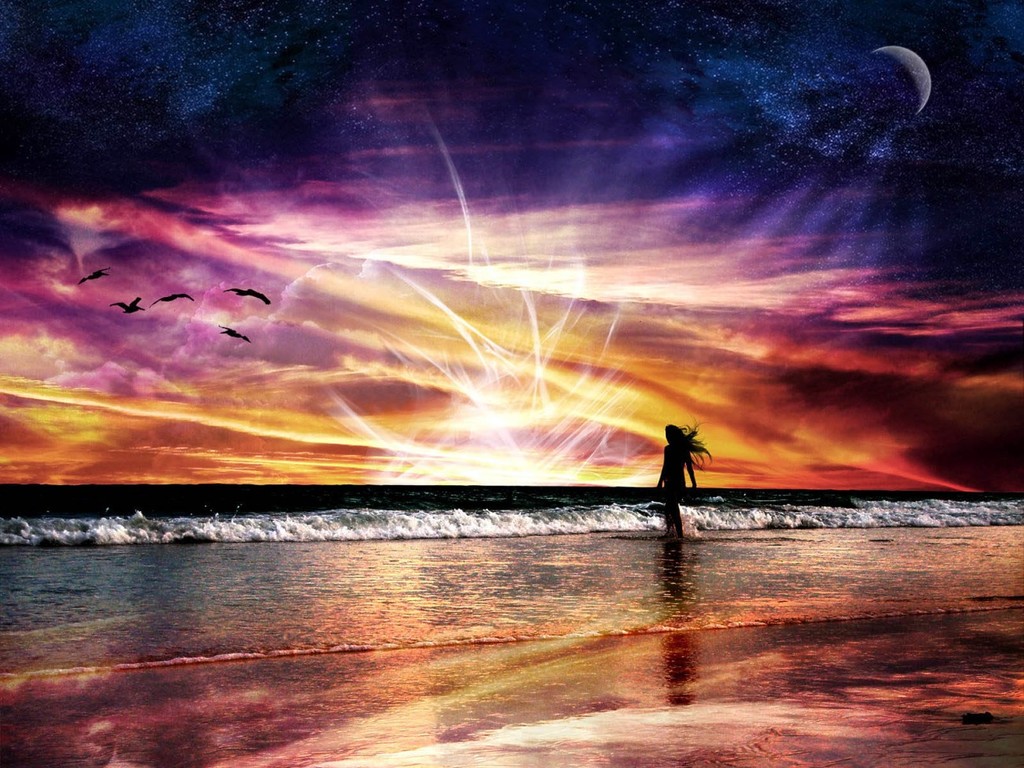 When the water has been arriving on a frequent and steady basis, as is for sure the year slowing down in understatement, there is a little spot back behind my home that is a private waterfall and sanctuary. What wildlife I cannot urge to visit my house remain here, and even regular visitors at home can be cheerful and friendly when they recognize my trusted face and hear my voice, and they come and join me for my brief refreshing of my soul and quieting of my mind and heart...in THEIR home.  I am accepted because I have done them no harm, and have befriended them, and fed them, and protected them when they wandered closer to where I live.

It is a fact that these creatures of Nature, the birds and furry mammals, know me, and OF me, and they reward my attempts at reaching out to them with trust...and contact...and song and play when we are together. These are things I have come to know.

I think maybe you, too, are a child of the woods.  When you are recovering after your surgery and can get out a bit...as soon as some of the stiffness and soreness relent ...make sure you go to YOUR woods, and just sit if you can, and let go of what aches or troubles you, and let the peace of your surroundings fill you.  All is as it should be, and you will soon be back to your routine and schedule and filled with the knowledge that you are once again whole in your world. "Try it...you'll like it!" A bit gloomy I know...it seems to be a trending thing these days.  Some sort of giving in to hopelessness, and loneliness , and loss of all self-worth.  Not despair...just abundant heartache...I think...

I am spending more time, like the "old" days, of wandering our Earth...camera in hand, open eyes and open heart trying to find a new balance.  I should never have come out of hiding.  Never.  I wonder often if it is possible to have relationships with anyone without the recognition...oh, forget it.

Autumn is upon us...the harvest, despite a horrendous year of calamity after devastation (6 floods!! of 100-year proportion!!) is plentiful, is not a bit scattered in offerings.  My canning beckons mightily..the air is crisp, the leaves too wet to crinkle and crunch.  It heals my spaces with calm, and some sort of peace.

I am awaiting your surgery with you, Freda.  It will be far less significant than you think...I speak from experience of death-defying acts on many occasions.  I don't mean to trivialize it, or the discomfort and inconvenience that will surely follow...it's all more or less a fact of Life in many ways, and I will help you with the burdens while they exist if you will please allow me?  I even have several good jokes all lined up... 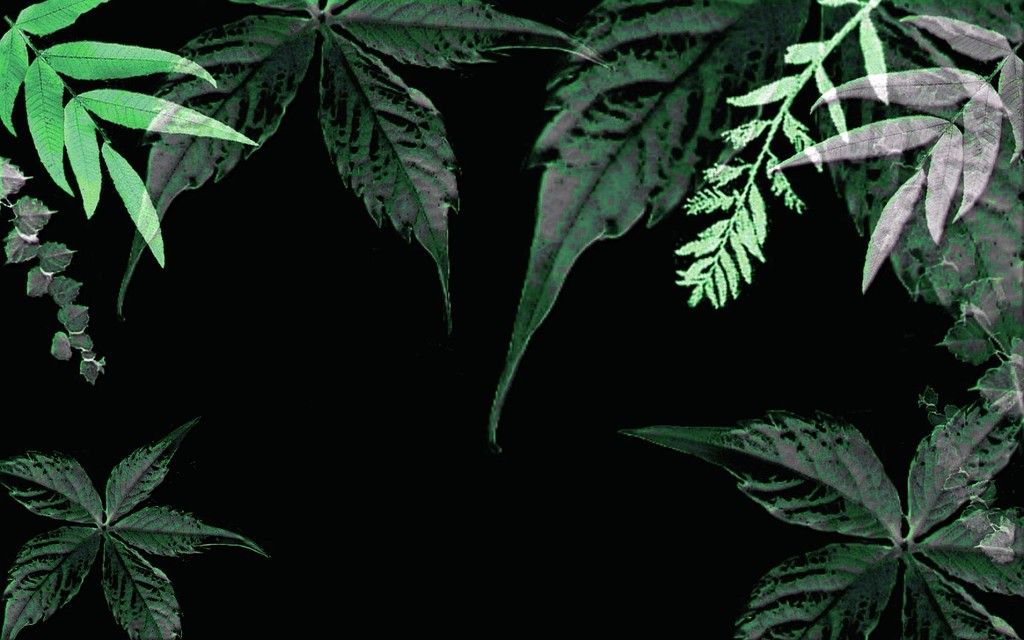 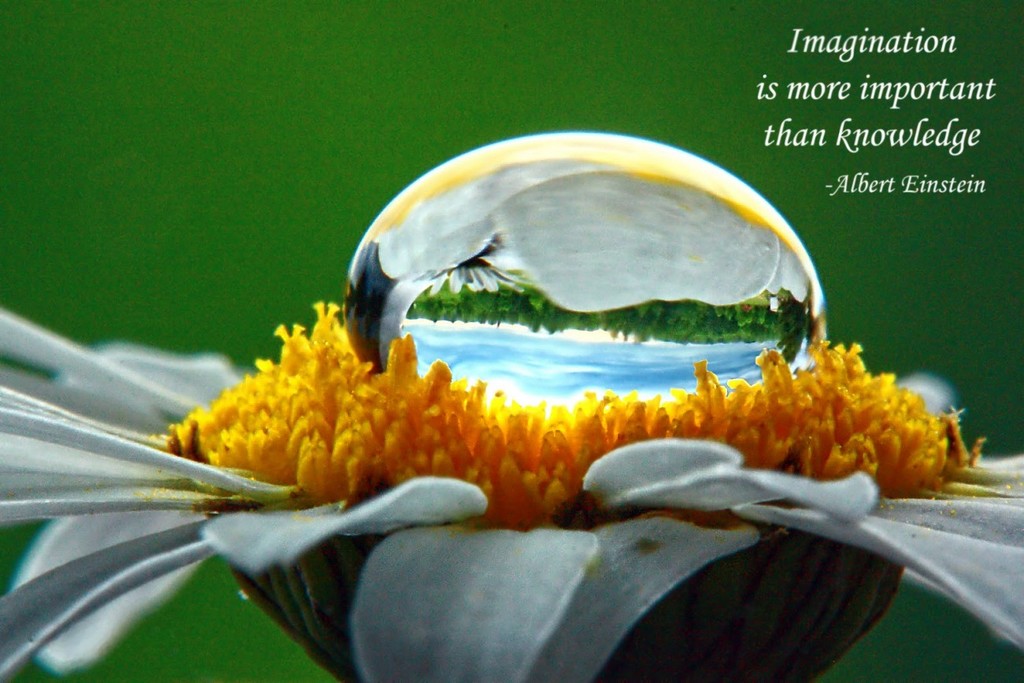 It's gonna put a real cramp in my style (like it does every winter...) trying to get to my doctors in Burlington.  Normally, I just saddle up and enjoy the ride on my trusty bike; and put in about 70 miles...unless, of course, I need some minor surgery or its my artificial knee that's causing the problem (Although I have been known to strap my left leg in the pedal and ride one-legged if need be!!!  Hahahaha!)

Although it seems the older I get the harder maintaining my lifestyle is every winter...it's funny how the desire and the NEED to be outside, and riding bike and riding the lake on the ferries, etc. doesn't allow me to cave to what the seasons try to dictate.

Is that what being an "old codger" is about?  Why the hell am I asking a kid that?  LOL!! 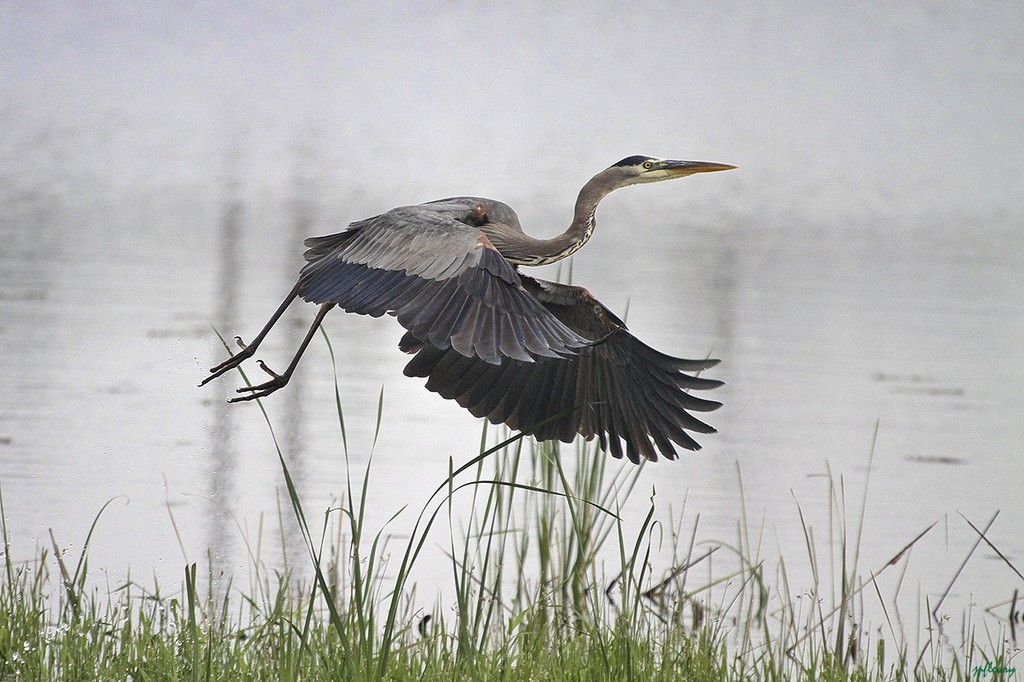 Great Blue Looking For Cover...how are you, Freda?  Must be busy back teaching little ones?  Hope to see you around...J.

Aggie said…
Your welcome and thank you. Enjoy your time on TBD.

Red Ribbon
Just because!
From the Gift Store 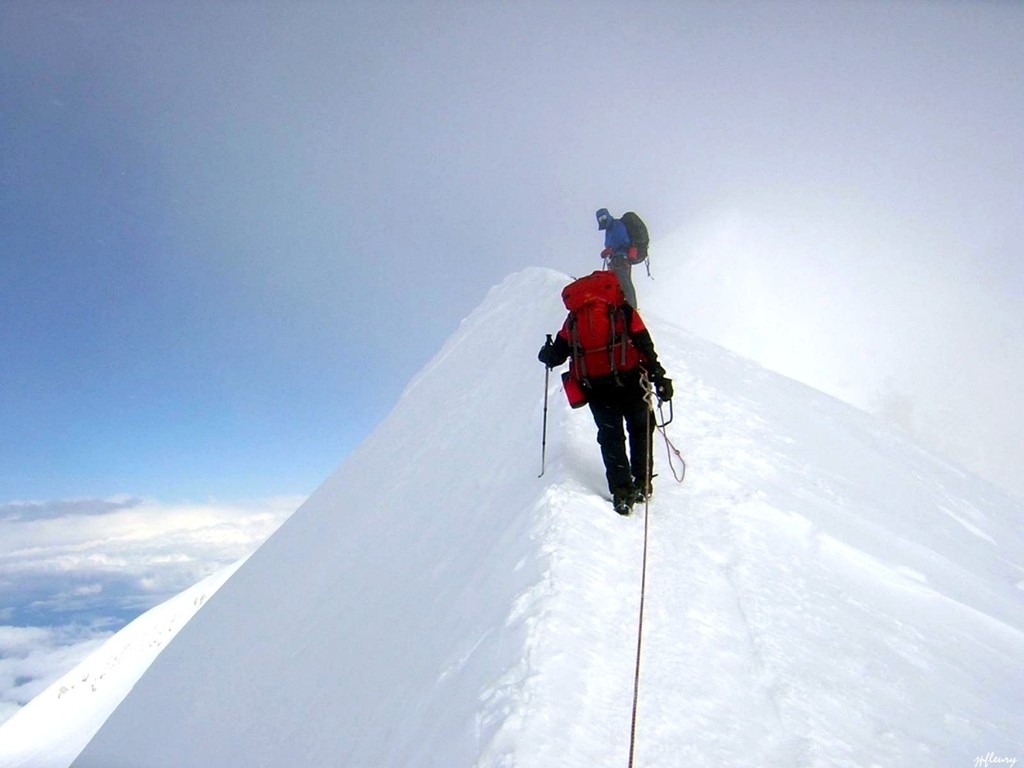 On The Ridge, Summit Day

(This is one of the greatest quotes I have ever read...greatest because it speaks the absolute truth in the most concise way.  It is one of the very few quotes that I recognize my soul in...)

All men dream, but not equally. Those who dream by night, in the dusty recesses of their minds, awake in the day to find that it was vanity. But
the dreamers of the day are dangerouus men, for they may act their dreams
with open eyes to make it reality. ~T.E. Lawrence

Daddieo said…
Freda...I was just looking at your closeup of the blue grape hyacinth again, and wondering at what a great shot it is, and why you are unhappy with it?  Perhaps, it lies solely in the fact that you can't get close enough to that refraction in the drop?  In order to get REALLY close, do you own a set of closeup lenses?  Go to your favorite camera supply shop and ask for a set that will fit your primary lens...the one you leave on your camera all the time.  If you use a "point and shoot" you may be out of luck...but, I thought you mentioned that you use a DSLR.  In which case,  a set of closeups will cost you maybe $20 or so, and you will use it for a lifetime...for MY liking, they are better than ANY macro lens at one/twentieth the cost! Typically, you will get three separate screw-on lenses in a little case.  You can use any combination of the +1, +2, and +3 lenses...or all three to get within an inch or so of your subject. 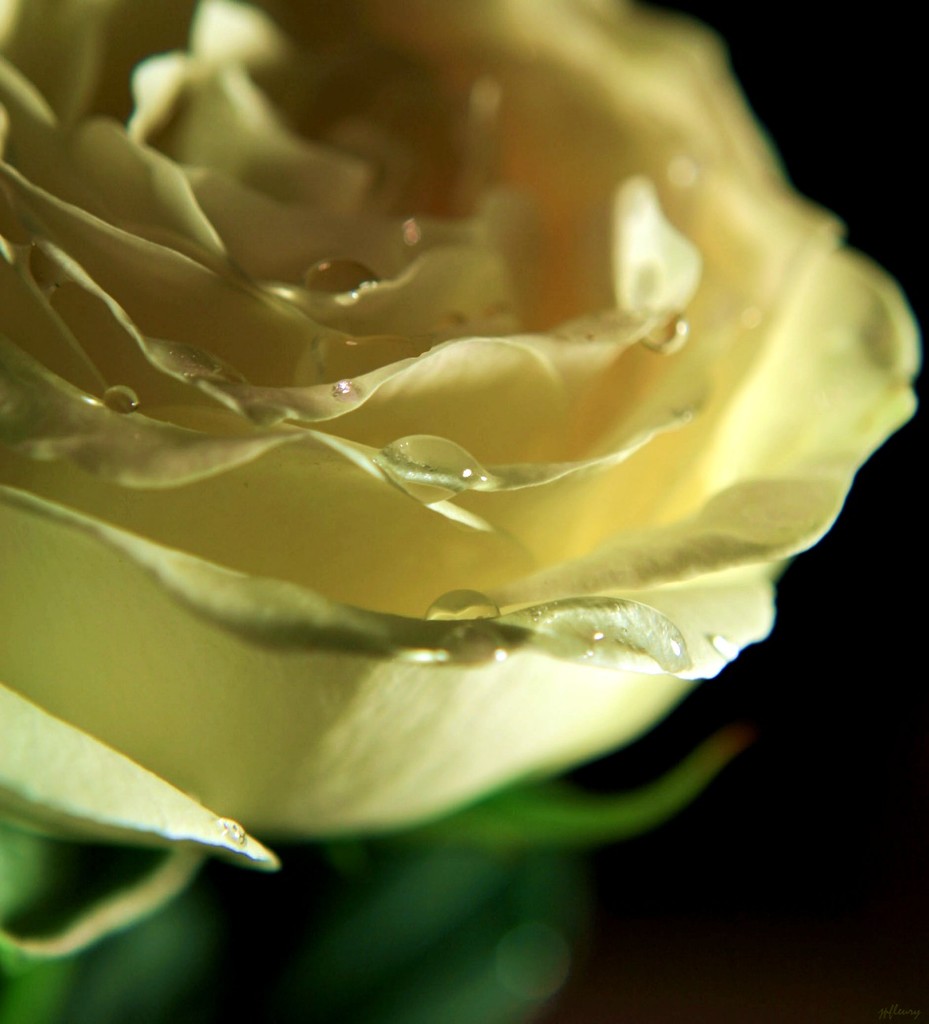 Rose From The Side 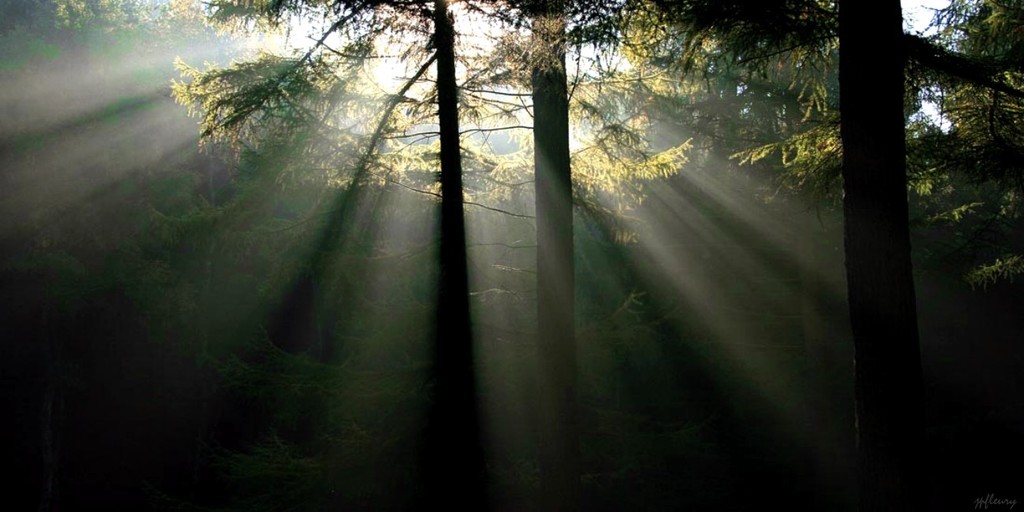 "When you enter a grove peopled with
ancient trees, higher than
the ordinary, and shutting out the sky with their thickly inter-twined
branches, do not the stately shadows of the wood, the stillness of
the place, and the awful gloom of this doomed cavern then strike
you with the presence of a deity?"
-   Seneca

Daddieo said…
"He fell to the seat, she by his side. There were no more words. The
stars were beginning to shine. How was it that the birds sing, that the
snow melts, that the rose opens, that May blooms, that the dawns
whitens behind the black trees on the shivering summit of the hills?

One kiss, and that was all.

Both trembled, and they looked at each other in the darkness with brilliant eyes.

They felt neither the cool night, nor the cold stone, nor the damp ground, nor the wet grass; they looked at each other, and their hearts
were full of thought. They had clasped hands, without knowing it.


She did not ask him; did not even think where and how he had managed to get into the garden. It seemed so natural to her that he
should be there.


From time to time Marius’ knee touched Cosette’s. A touch that thrilled.
At times, Cosette faltered out a word. Her soul trembled on her lips like a drop of dew on a flower.

Gradually, they began to talk. Overflow succeeded to silence, which is fullness. The night was serene and glorious above their heads. These
two beings, pure as spirits, told each other everything, their dreams,
their frenzies, their ecstasies, their chimeras, their despondencies,
how they had adored each other from afar, how they had longed for each
other, their despair when they had ceased to see each other. They had
confided to each other in an intimacy of the ideal, which already,
nothing could have increased, all that was most hidden and most
mysterious in themselves. They told each other, with a candid faith in
their illusions, all that love, youth and the remnant of childhood that
was theirs, brought to mind. These two hearts poured themselves out to
each other, so that at the end of an hour, it was the young man who had
the young girl’s soul and the young girl who had the soul of the young
man. They interpenetrated, they enchanted, they dazzled each other.