ON THE ROAD AGAIN 26

We're not really on the road again, But we will be soon. I hope.

As most of you know, I went off to Utah for a week and Ms. Farquar baby sit Happy. She wrote a daily blog which is priceless. Don't expect anything that interesting here. I think Happy probably had more fun in Houston that he would have in Utah.

For the enlightenment of anyone who doesn't already know, I went to Colorado when I was 19 years old. I hoped to become a Uranium Millionaire. Two years later I called my parents for bus fare home. The Uraiium Boom was over. I then joined the Army.

I had been part of a group trying to get a mining company up and running. Most of that group are now either dead or have medical problems that keep them from traveling. Two years ago, five of us met at a house near La Sal, Utah and went looking for some of the mining camps where we had spent time in the late 50s. Last year we repeated the process on the Eastern Slope of the Rockies. One of the camps that we were looking for was in a very remote area down near Dove Creek, Colorado and we failed to find it. Another was down in the Water Pocket Fold area of the Escalante Wilderness and we didn't have time to look for it. So this year we decided to try to find those two. On the 10th of May Three of us flew to Salt Lake City, Utah. Rented a large four wheel drive vehicle and headed to Escalante, Utah. I came from Houston, Joe from San Francisco and Frank from Winston Salem, NC. The other two guys were Cordie from West Virginia and Bob from Arizonia. Bob owns a small fixed wing aircraft and he was going to meet Cordie in Albuquerque, NM. They would then fly his plane to Escalante. Reconnoitring the areas where we would be searching for the camps.As luck would have it, the weather did not cooperate and Bob and Cordie had to drive from Albuquerque instead of flying. They drove most of the night on the 10th and arrived at Escalante about 3:00am on the 11th. The hunt was on. We stayed three nights at Escalante while hunting for the camp down near the Grand Canyon that we called The Shinnirump. We did find it and then moved to La Sal. Both searches were successful. The camp near La Sal/Dove Creek was also found. In 2008 we had been within about 1 1/2 mile of it when we ran out of time and energy. I won't bore you with any more details. Just say that it was a great adventure and we will probably do something like it again. Here are some pictures.

Are there Indians up there? Who mows the grass? 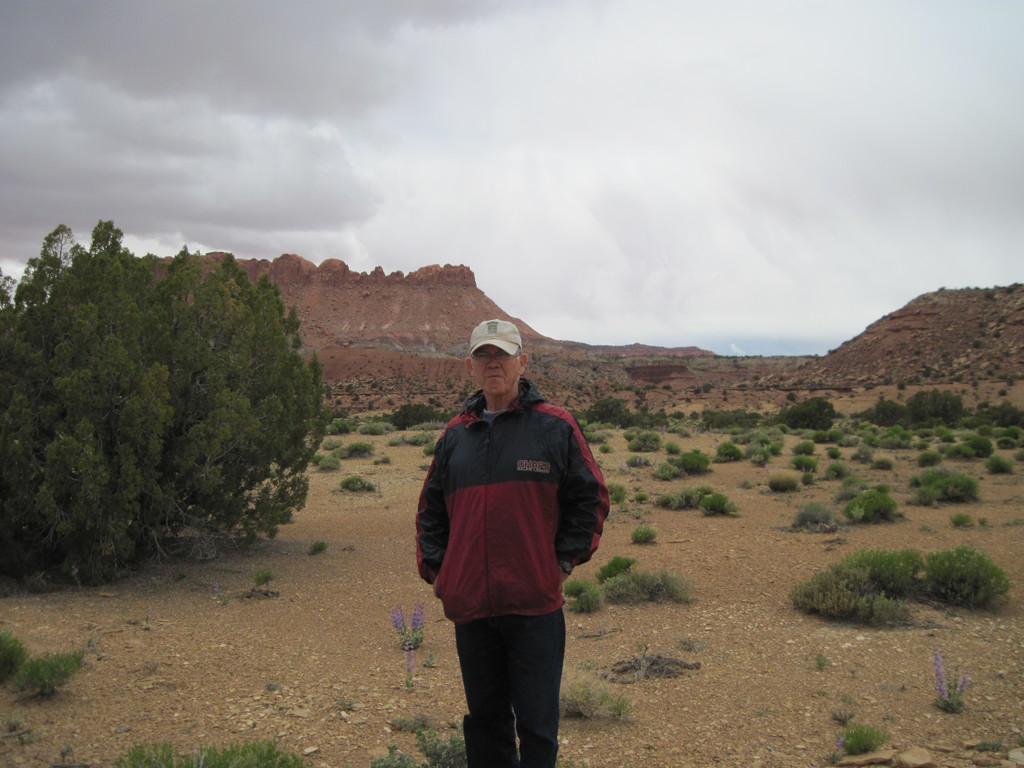 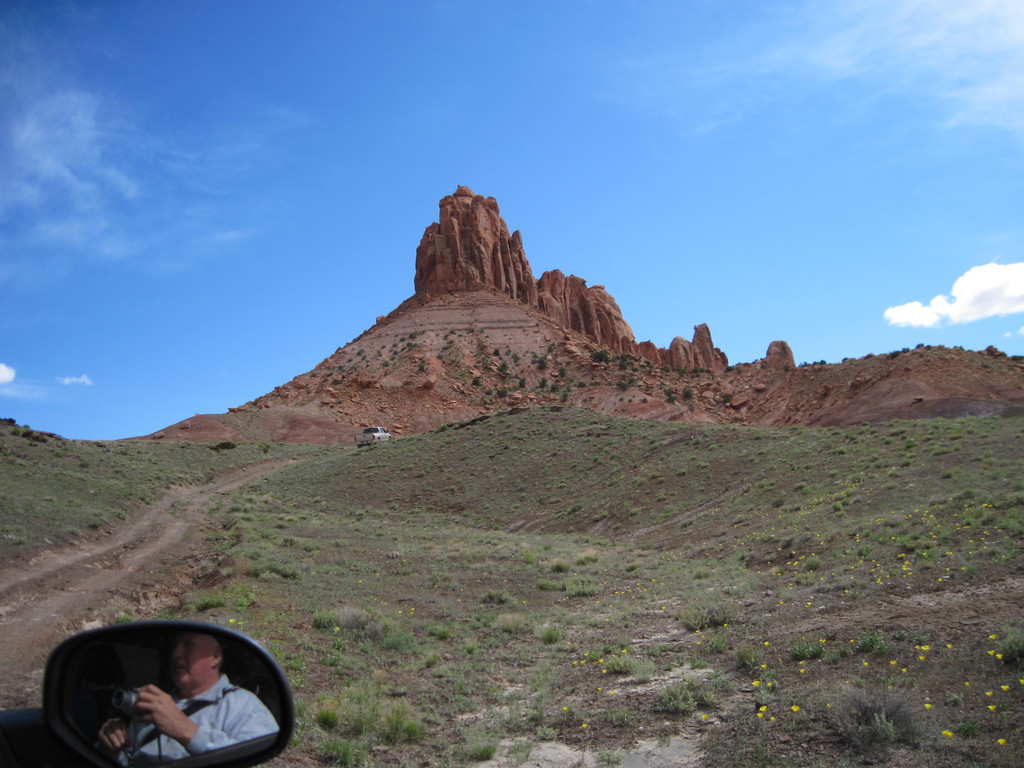 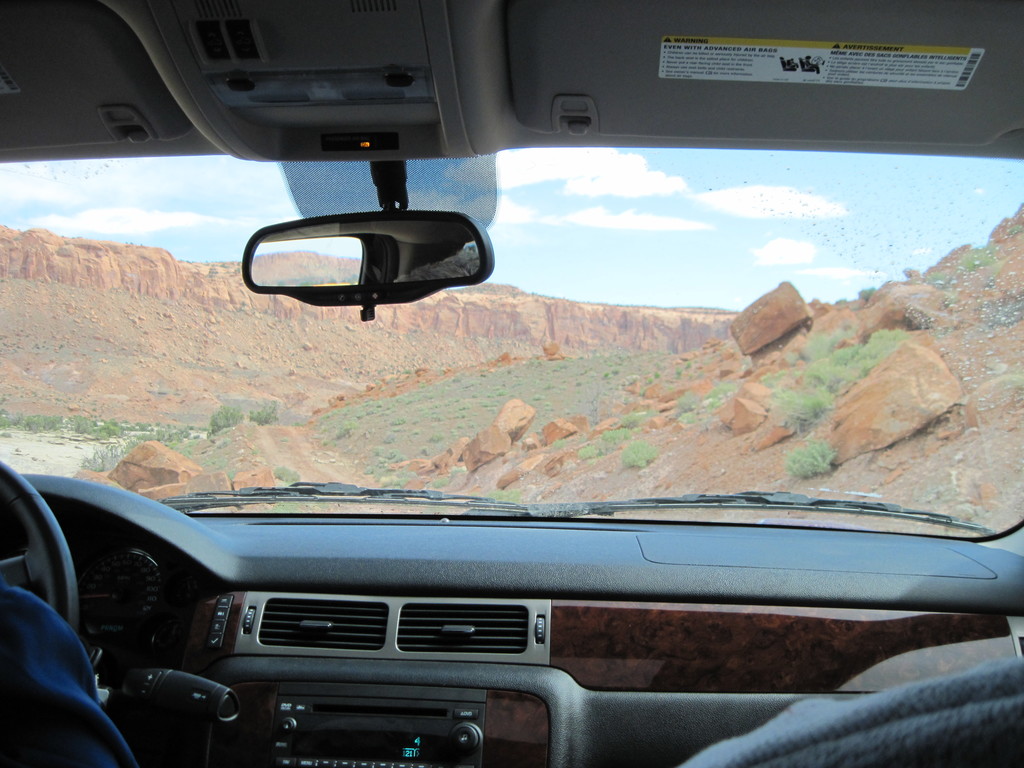 Oops, The Shinnarump is about 1/2 mi on down this non-existant road. 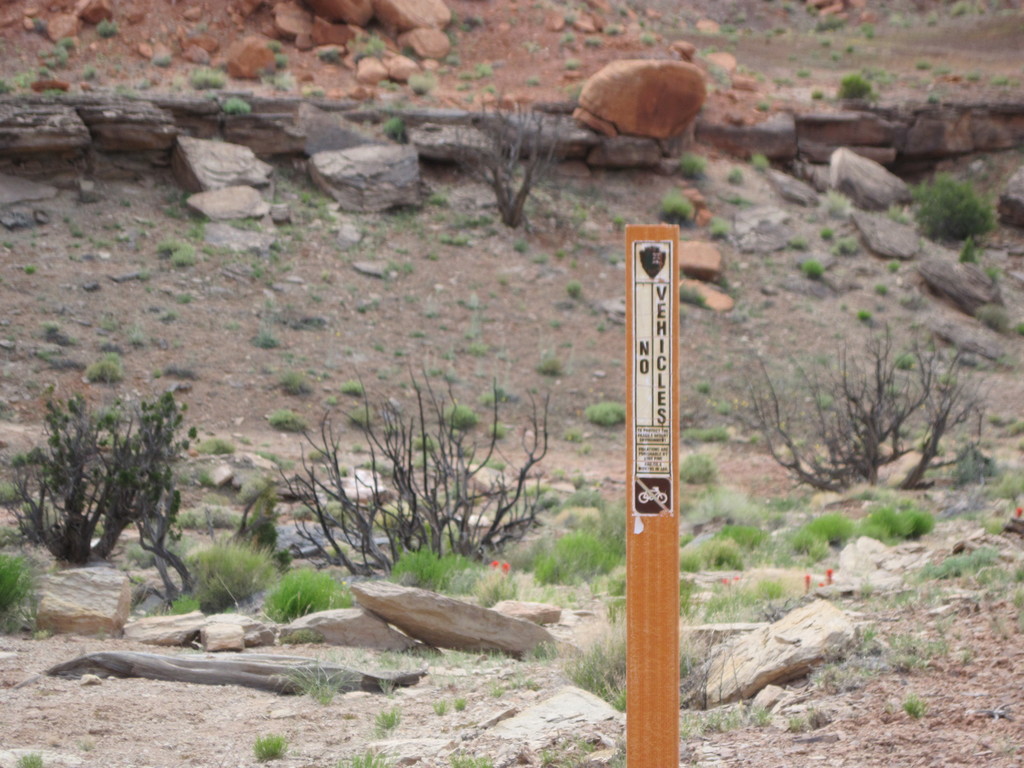 The Hole In The Wall Gang Comment by larry kremis on May 24, 2010 at 4:24am
I can only imagine the nostalgia you felt by revisiting. Fascinating.

Comment by Chez moi on May 23, 2010 at 4:15am
Robbie, what a fun adventure! I'm glad you and your friends were able to find your old camps this year. There must have been a great sense of satisfaction in revisiting the sites.

The decor in your bedroom is charmingly rustic. I'll bet that mattress is much cooler on a hot night than an ordinary one.

Thanks for the story! 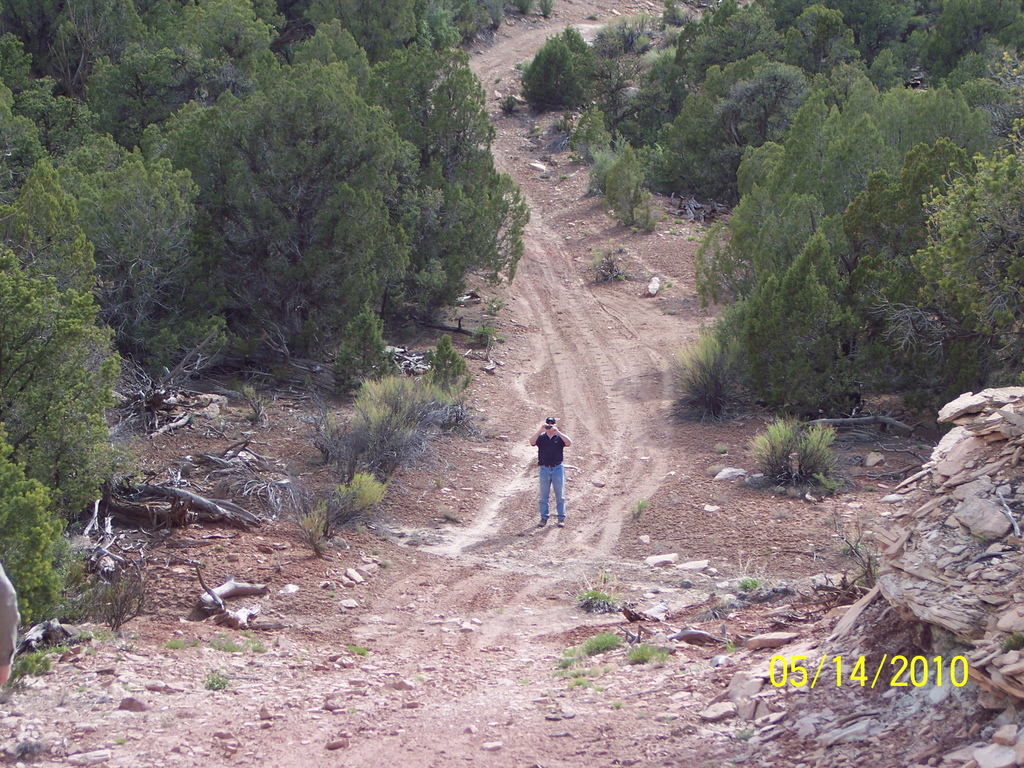 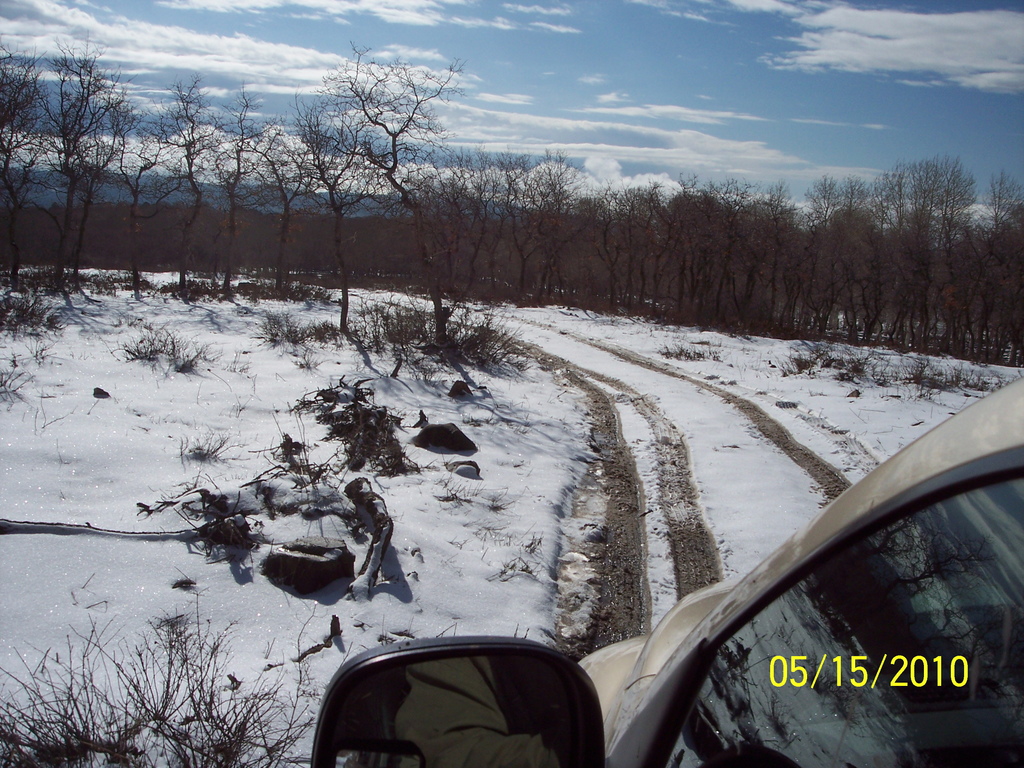 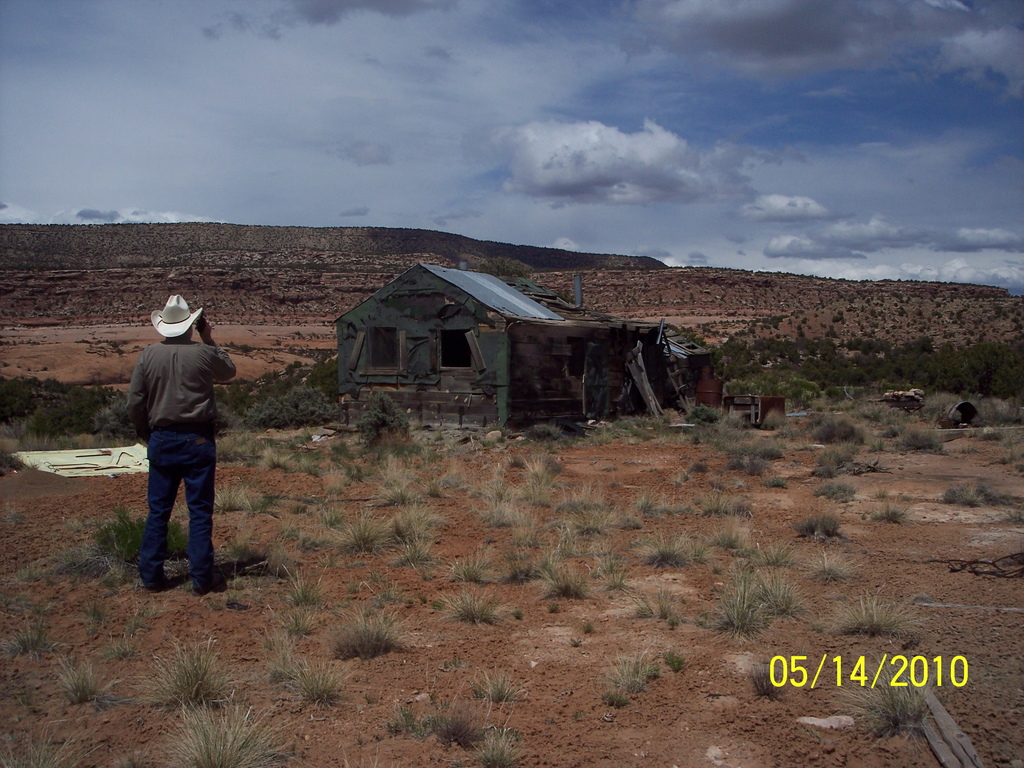 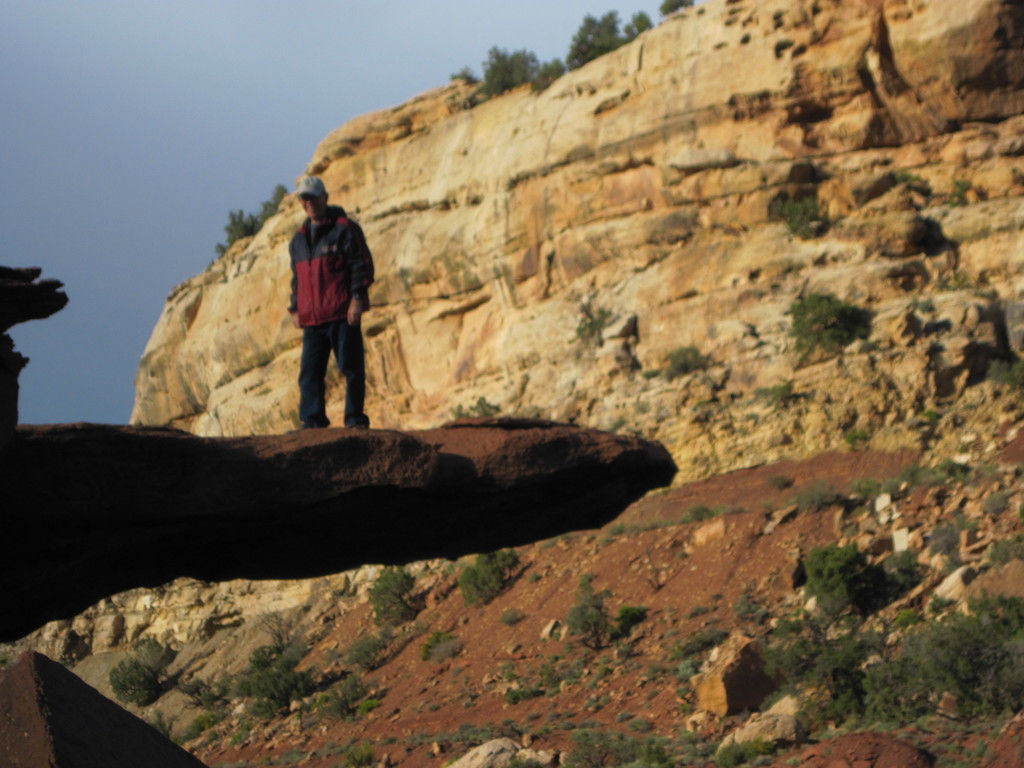 One of the Bridges we crossed 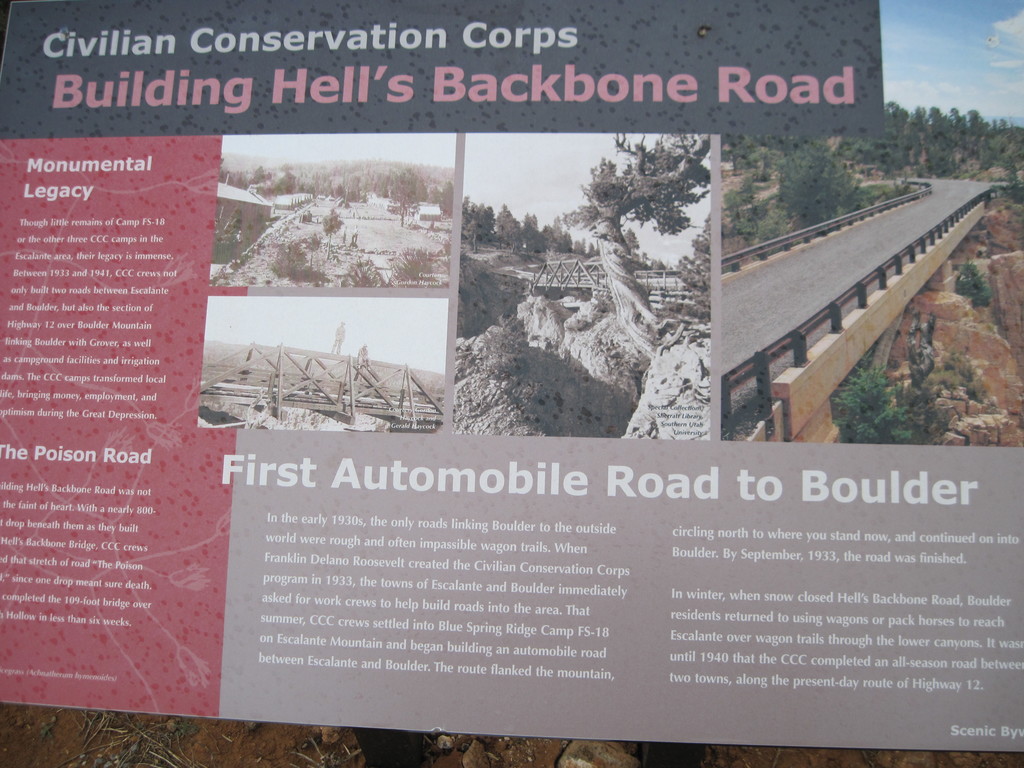