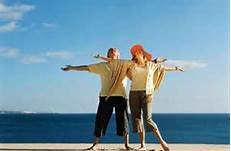 I just finished the book, “Silver Linings Playbook,” and plan to see the Academy Award nominated movie this evening. It is about mental health and a mid-30s aged patient who is trying to make a trip back to reality with little help from a highly dysfunctional family. The plot questions what reality really is. Is it an NFL football season and the fortunes of the local team (the Philadelphia Eagles in this case)? Is an obsession for impossible dreams to come true? Or is it more likely the practical alternative of living the life you have and loving the one your with?

I got to thinking back on my ¾ of a century of being around this world and what was real and what was not. School, job and family were real as I have three real children making their own way in the world right now. We had a couple of wars, one of which resulted in me spending some time in the military, that ended up real as real people died.  But we later found out the cause may not have been real after all.

I did waste a lot of time thinking about things that were not real, such as lost opportunities for fame and fortune. I didn't obsess and was considered to have proper mental health because I accepted reality.   I didn't get a gun and act out my disappointment as seems to be the trend in America today. I accepted the wins and losses of the sports teams I followed and tried to accept the “agony of defeat” in the sporting activities I engaged in.  Although I was tempted a time of two, I never tossed my golf clubs in the lake and stormed off the course.

I remember my dear mother in the throes of Alzheimer's, the disease that consumed the last eight years of her life and finally killed her.  She lost all sense of reality one day at a time until she was a whimpering baby ready to return to her maker?  It is the ultimate degradation to a life well lived.

Now I am residing in a Florida retirement community which is a fantasy land of people who don't work but have nice houses and take ocean cruises every year. We play golf, tennis and imagine that we are better that we actually play with the knowledge we are getting worst every year. In my community, some old guys drive around on motor cycles and imagine they are the “Hell's Angels” on a road trip. So it's good to read novels that stretch your imagination or  go to  see movies that ignore reality completely and take you to a fantasy world.

Maybe writing blogs is an escape from reality, knowing that your pathetic musings aren't going to be syndicated by the Huffington Post or Daily Beast. I even write a novel a years that never gets published.

But the reality is that the temperature in South Florida is going to be in the high 70 degree range this afternoon, with bright sunshine. Now that's a reality I can live with.  Where are those golf clubs?

Reality can be so harsh. fantasy soothes a weary soul.

In life, you fail just as much as you succeed.  If you spend your time worring about your failures, your life will feel like you are staring at a great abyss.  If you learn to forget the failures, your life will be full of hope and gratitude.  Reality means there are ups and downs.  To truly appreciate success, you have to experience failure.  http://www.brainyquote.com/quotes/quotes/m/michaeljor127660.html

Mental illness is a terrible thing.  I saw the movie version of "Silver Lining Playbook" yesterday and can see why it was nominated for the Academy Awards.  It is a timely topic as the issue of mental health and violence is being discussed throughout America.  This is not a fantasy land that is useful to society. The characters channeled their hostilities into trying to win a dance competition.

But the fantasy land we can create is a good thing.  Florida has one of the biggest fantasy lands in the world, namely Disney World.  I would say this is fantasy turned into reality for people who invested in it.

So after a lifetime of toil and "nose to the grindstone" many of my fellow retirees are enjoying their golden years playing golf, tennis or riding motorcycles and imagining themselves to be superstars.  The can write like they were Hemingway and skip the nights at "Sloppy Joe's Cafe."  If nobody will publish them they can self-publish with the modern day Internet. Why not do it?  This is good mental health for anyone and will probably ward off early onset Alzheimer's.

As to the issue of lost, regret is the distillation of what could have been, and who doesn't, regret some thing.

Now as to living reality, there is the rub, is it one that is forced by circumstance or lived by choice.  How many are able to make the choice, or take only what is possible?

This is why reality shows have writers, there still has to be a script to make things interesting, otherwise reality is all too familiar.