The Superbowl is probably more engrained into American culture than any day of the year. Records are set for TV viewers, bathroom flushes at half-time and bets placed on the action in casinos. People can remember where they were on the first one played and significant others after that. I saw my first one in Bethlehem, PA at the home of a gal I was dating at the time. I also saw three of them broadcast in Spanish as I was in Mexico or tuned into Spanish speaking TV stations.

There was the wardrobe malfunction, and aging Madonna and a very old “The Who” group that entertained at half-time as well as some controversial commercials. But this year's Beyonce performance was startling or maybe even mysterious. She has been accused of using the Illuminati sign, as the ancient society of intellectuals and plotters for a new world order has become a cult thing. http://www.upi.com/blog/2013/02/04/Illuminati-sign-Did-Beyonce-flas... I did read that some folks took offense to the suggestion that Beyonce and her husband are in the Illuminati to be a racial stereotype, so to take away any appearance of prejudice, I have posted a photo of my very own French Canadian cousin, Celine Dion, being accused of flashing an Illuminati sign in her act.

Following the performance there was a yet-to-be-fully-explained 35 minute black-out at the stadium. It seemed like an entirely other game was being played when the lights came back on, as San Francisco got their second wind and appeared to headed for another come-from-behind victory.  Then the nation's betters called the final seconds taking of a safety by Baltimore a bit more tomfoolery. http://www.bloomberg.com/news/2013-02-04/ravens-super-bowl-win-safe... Taking a safety is a strategy that is very seldom used and probably was not necessary as the punter had a clear field and very little time remained on the clock. But he did it, much to the chagrin of the Vegas odds-makers.

Were there forces of the supernatural in play at the Superbowl as the Illuminati manipulated the strings of mere mortals?  It makes for a great conspiracy theory. Maybe Dan Brown can use it for his next novel.

Oh hell, here's Beyonce who is not to be confused with Celine Dion: 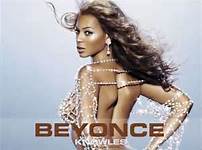 Maybe the book should be written by author Ann Rice who places many of vampire novels in New Orleans.  Somehow or other the ghost of the pirate Jean LaFitte also seems appropriate as another culprit.  He has been blamed for a lot of mysterious happenings over the years.  Conspiracy theories are a lot more fun that logical explanations.  And yes, that kiss stirred the hearts of many a nerd who aspires to win over the beautiful lady.  Just a couple of seconds more and they would have had to cut the power on the commercial for fear of a fine for inappropriate material for viewing on prime time.

As to power, they said the the Beyonce show was "self-powerer" independent of the Super Dome supply.  Now as to what did happen, one has to recognize that the infrastructure had been damaged and repaired due to Katrina and in the end that was what will pointed out as the cause, voodoo or no voodoo.  And yes, that was part of one of the commercials during the game.  Of course, it would be better to blame it all on the kiss which most of America had to wipe off and needs to forget.