Livin' out here on "The Leelanau": Off the road and on the patio!

Sometimes we all just need to kick back....take a little respite from our travels and travails. Such was the case this past weekend when several of my old buddies made their annual trek "up north" to play golf. Then they continued on to my house to stay the night. This routine has been going on for years and years.

Needless to say, a few pops were consumed, and we regaled each other by telling and retelling the old tales. Heck, I've known all of these guys for well over forty years now. We know the routine.

Following are a few pictures of this year's event. You may remember seeing the location before....its the actual patio on which the cyber-patio was patterned. 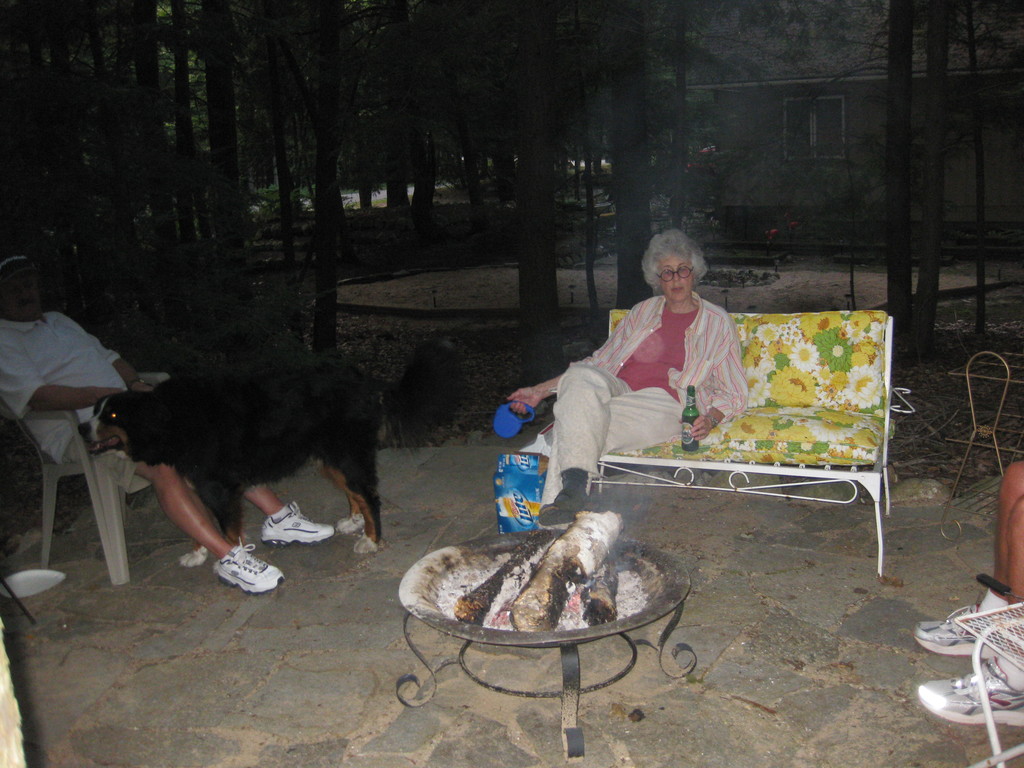 HEY! That's not a guy!! Nope, that's my neighbor, Dr S. She was the guest of honor this year. You see, forty five years ago or so, and two hundred miles away, she was Mrs T, a math teacher at my high school. In one of those strange, small world occurances, she now lives about a half block from me. For the life of me, I can't remember for sure if I had Mrs T for a teacher, although I certainly took plane geometry, which is what she taught. Oh, and the dog is Carrie, Mrs T's trusted companion. And let me also say that twelver of Lite Beer belonged to one of the guys, not Mrs T. Mrs T has more class than us guys...she was having a St Pauli's Girl. 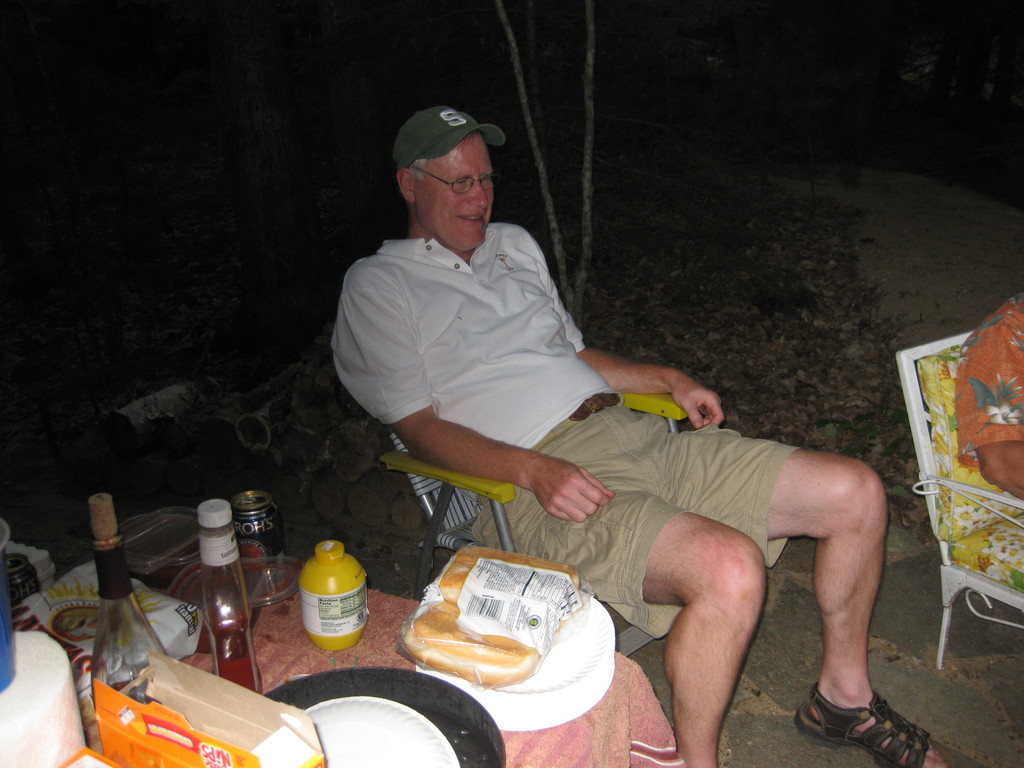 Here's Bigsy Smythe, guarding the food. I've known him since we were in Sunday School class when we were about ten years old. We graduated from high school together, but he didn't have Mrs T for a teacher. 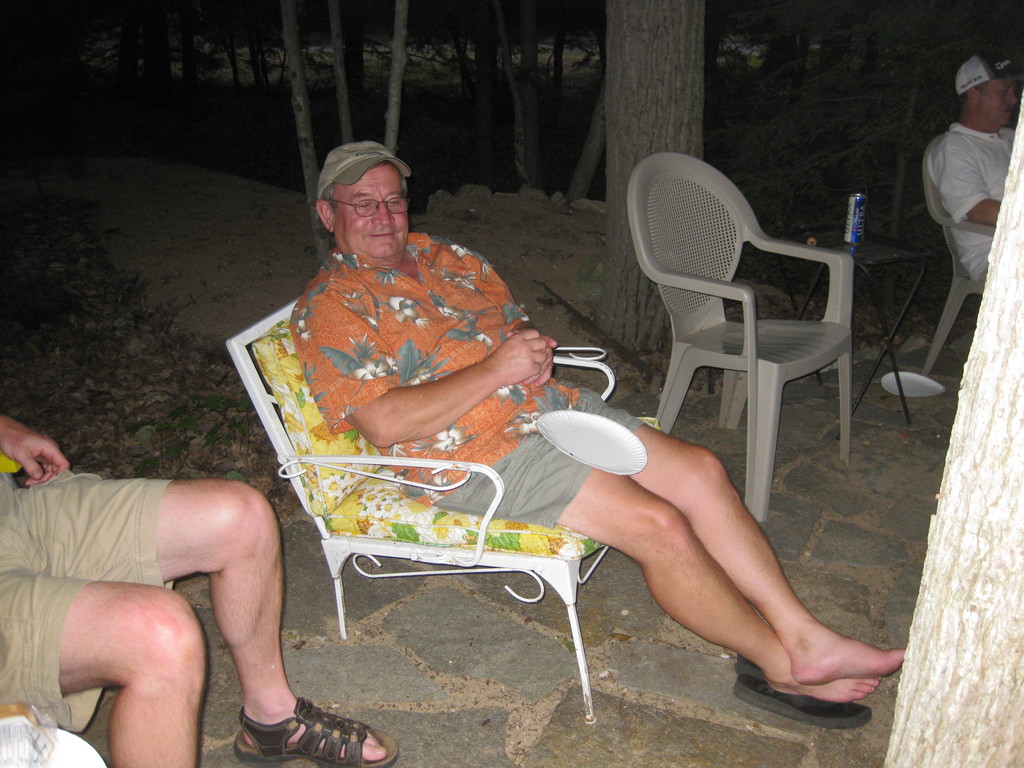 Here's Private. I met him at community college in 1966. Here's Jimmy Long. He and I also graduated from high school together, and he he had Mrs T for plane geometry class. She stated that she remembered him due to his smile. 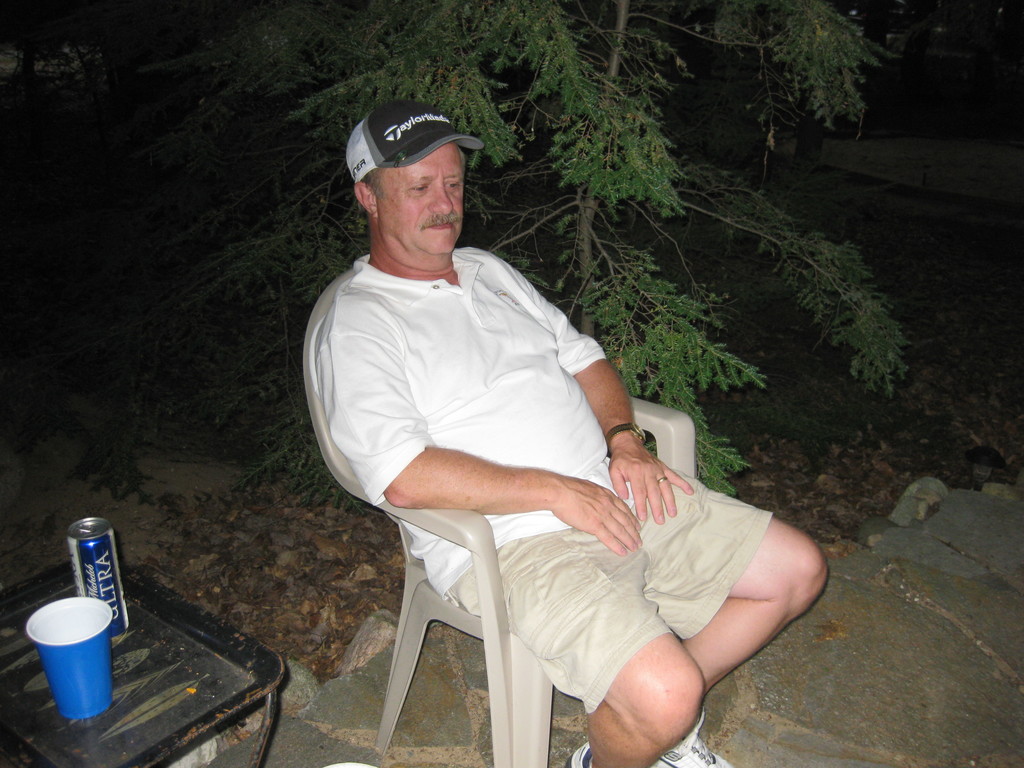 Here's Duh-Bo. He was Jimmy Long's neighbor when they were kids. He went to a parochial high school, and I think I met him in 1967. 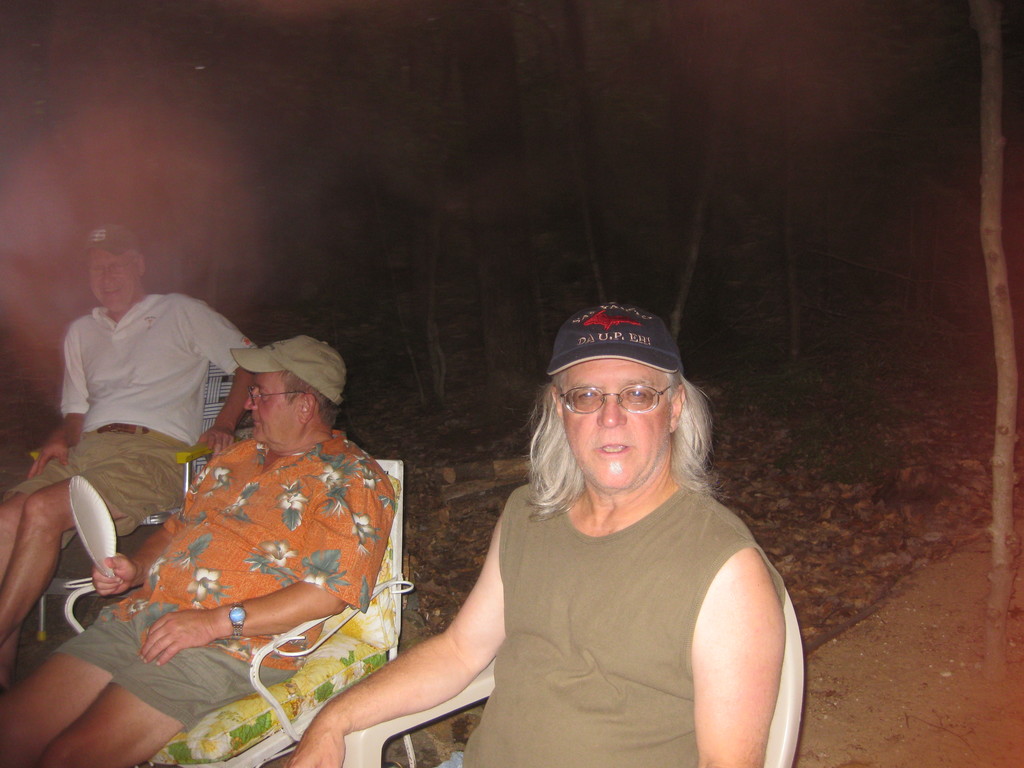 There are actually lots of advantages to being an old person.....one of which is that you can have old friends.

Comment by Stir Young on August 11, 2010 at 5:48am
Yah, RRC, thanks for da shout out. I never saw a performance of "Escanaba" yet where dey could get dat U.P. accent correct. We had a couple of real Yoopers at da party above also, but dey weren't dere when da pictures were taken. Man can dem two guys talk.....and talk....and talk..... And dem two just love teling dose Finnish jokes.

Comment by Ruby Red Crystal on August 10, 2010 at 8:06pm
Thanks for making me laugh out loud.....I love it. I especially love the hat, took me back to working backstage in "Escanaba in the da Moonlight". Looks like you are having a marvelous time....dang I miss the cyber patio.