Livin' out here on "The Leelanau": The Road Wearier 1978. Down the Old Plank Road!

Well, here's a little number from Uncle Dave Macon called "Down the Old Plank Road". We aren't going down any plank road, but we will take a look a little used dirt road out here on "The Leelanau". I'm a big fan of Uncle Dave, and this is one of my cheap tricks to include music where it doesn't really belong.

I've ridden out almost to the entrance to the Leelanau State Park, where we last visited. There's a dirt road that leads off to the east. I've been by it hundreds of times, but I've never taken the time to go down it. 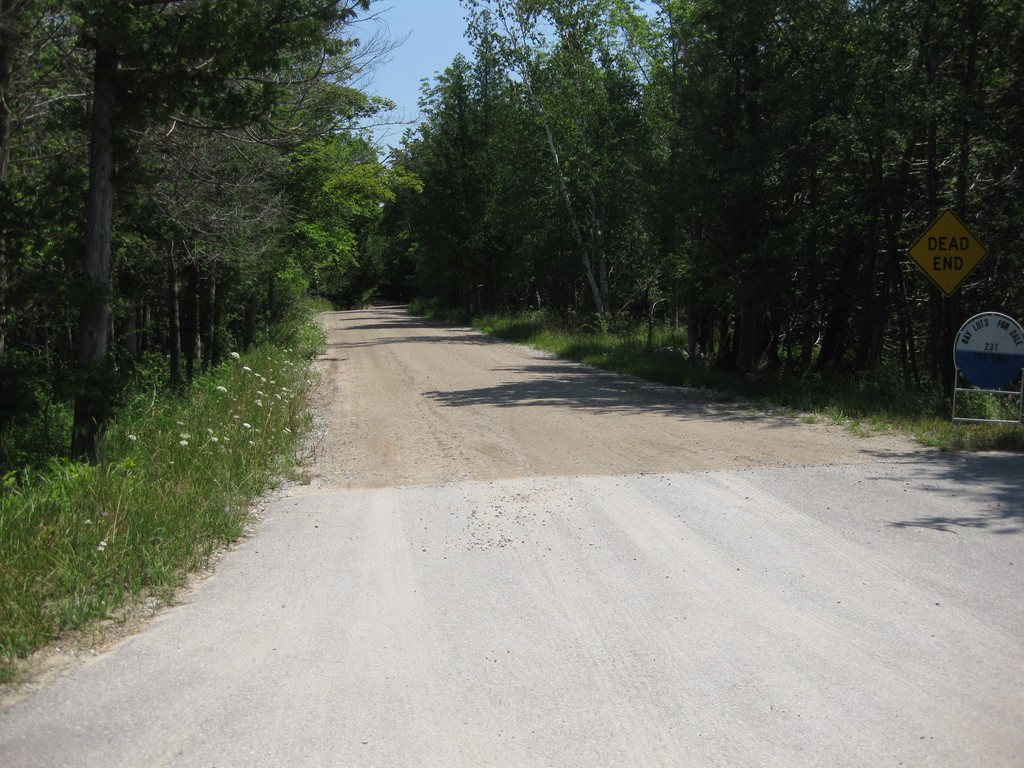 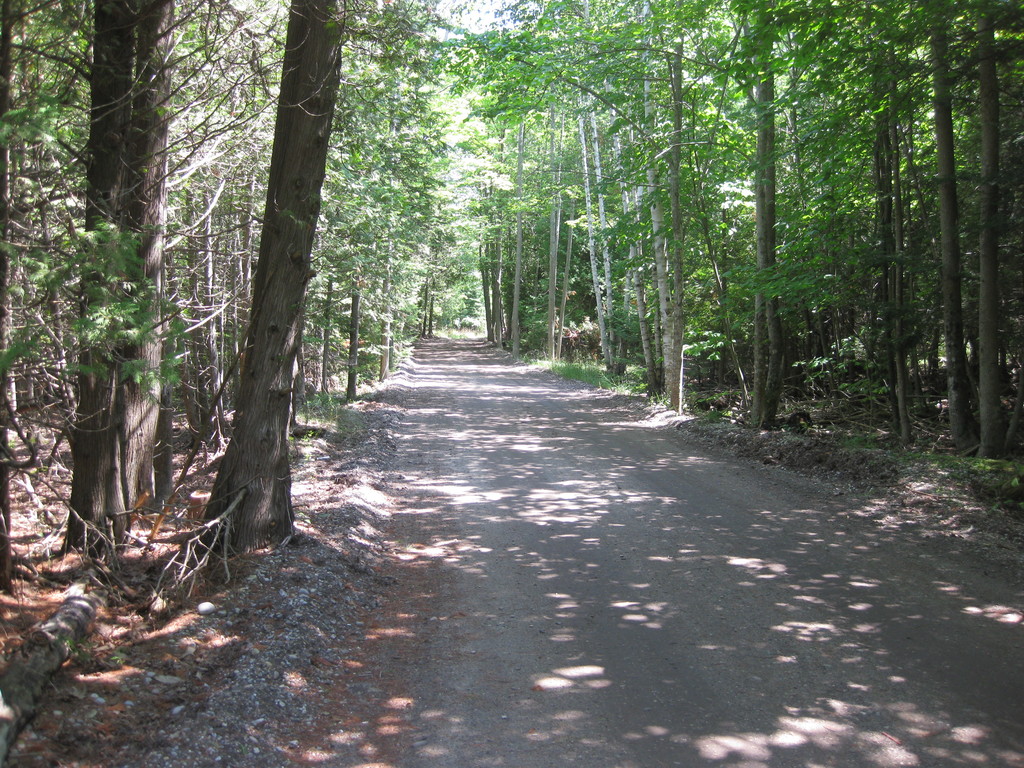 Its hot today, but this canopy of trees keeps the sun away somewhat. H-m-m-m-m.....the dirt road has ended, and the road turns into a two track. Its still a county road, though. 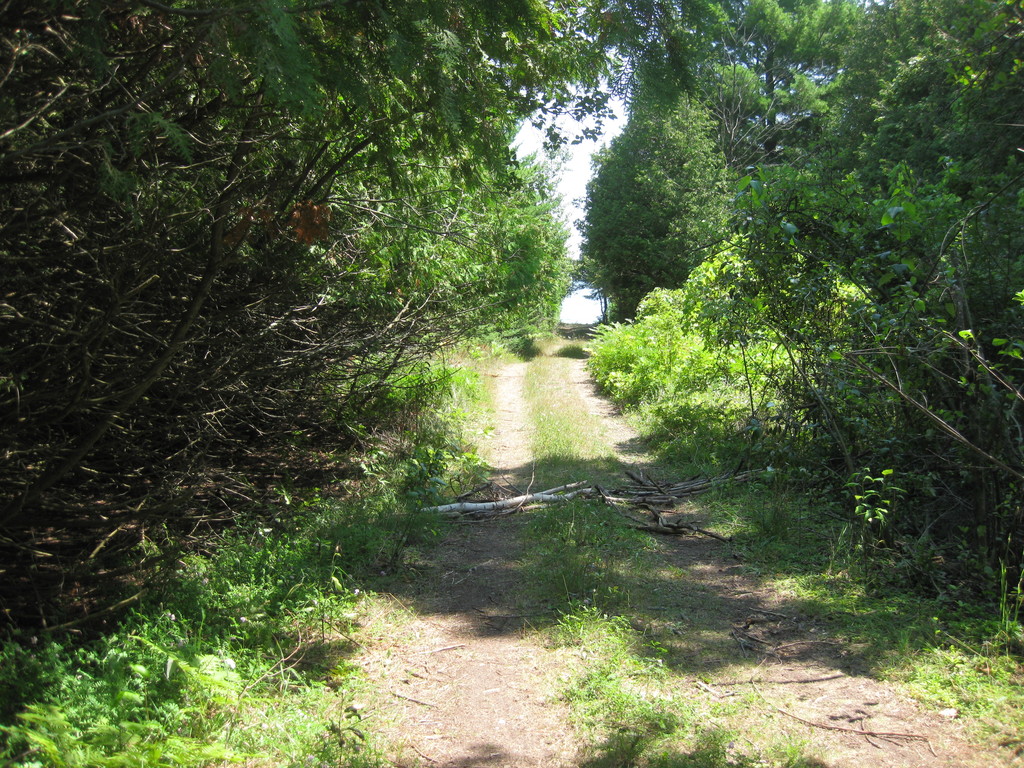 I guess this road doesn't get very much traffic....there's a birch branch laying across it. The end is in sight....that's water up ahead. 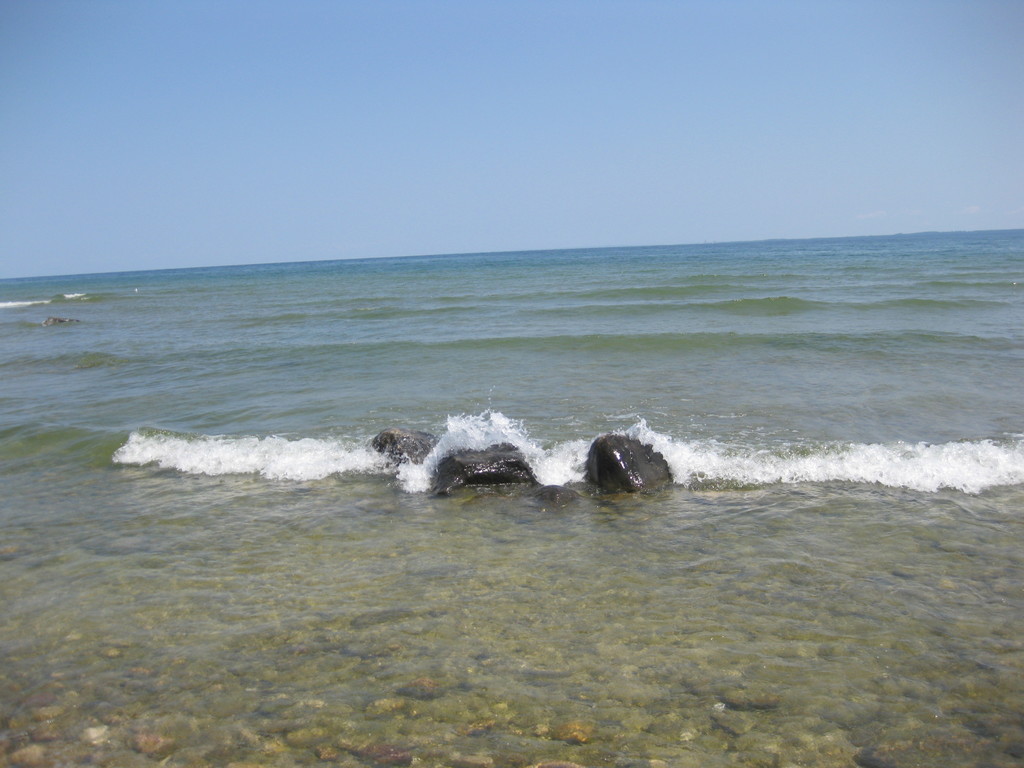 Although not a really windy day, the waves breaking over these big boulders made for a cool picture. 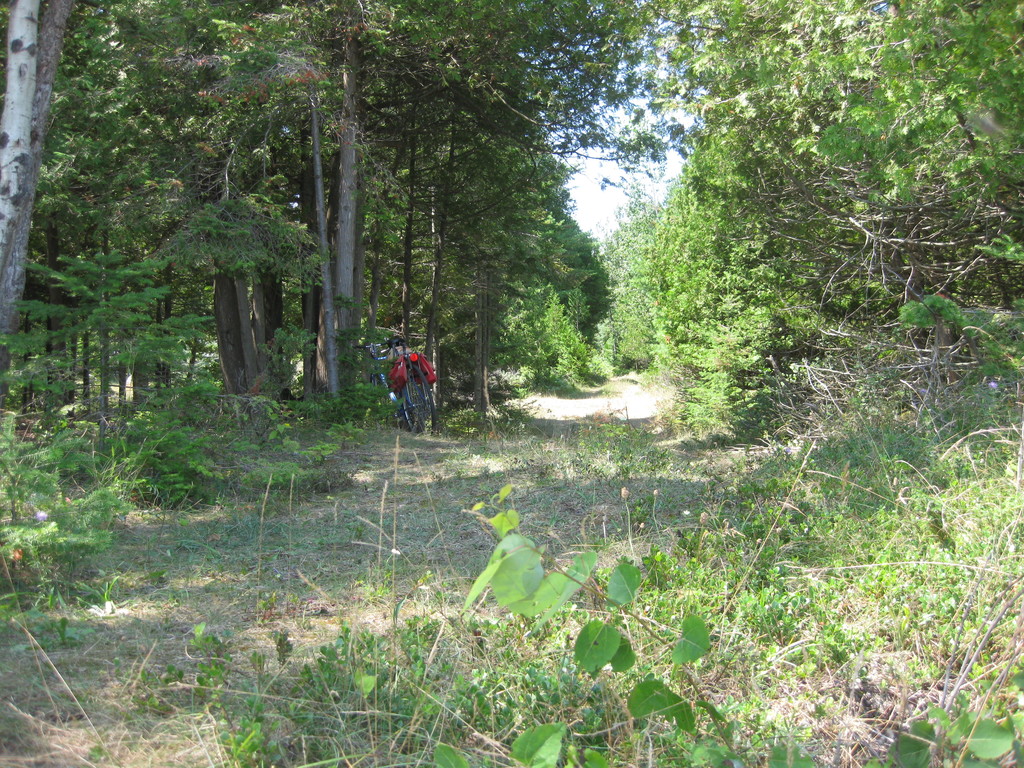 This is looking back to the west from the little bluff. The Traveler III is ready to head out. This little road was only about three eighths of mile long. Its about two and a half miles from this point to my house by road. It would be somewhat shorter by walking the shoreline.

Comment by Ruby Red Crystal on August 9, 2010 at 6:17am
Another annoying question. I like looking at maps so I was trying to figure out where you were biking, can you give me a little more info so I can wander along with your pics on a map.
Thanks you sir.....ahem stir. LOL

Comment by Ruby Red Crystal on August 8, 2010 at 4:35pm
Thanks Stir, the way this guy told it you could see to the bottom for quite a ways out. Around here we have lots of mud at the bottom so just wading stirs it up.

Comment by Stir Young on August 8, 2010 at 4:15pm
Hello RRC! The water tends to be quite clear, however, like probably every other body of water in the world, there is a degree of pollution. When there are waves, the water hitting the shore is filled with sand, and is not clear. Sometimes there is algae die off, and there will be a green scum close to the shoreline. Sometimes a dead fish or bird will wash up, and sometimes a kid will pee in the water too.

Comment by Ruby Red Crystal on August 8, 2010 at 4:03pm
Love the pics...but I have a question. I had a customer in the store who told me how clear the water is in Lake Michigan. Really?