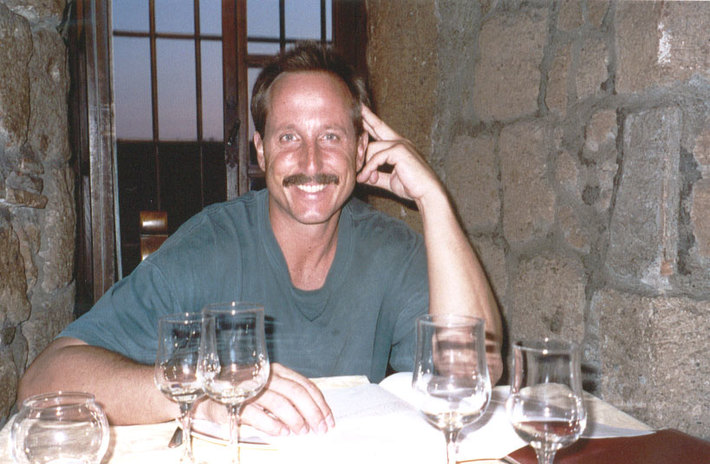 comfortable on my boat

I live in Stockton, California on a sailboat. I have living on one sailboat or another for about 15 years. I am originally from the LA area, and I decided to take a bicycle ride up North and I ended up in Stockton. Stockton is about 80 miles East of San Francisco, of the Delta, which connects to the San Francisco Bay.
I have a 27 year old son who lives and works in the LA area. I am very proud of him and his accomplishments, having earned a MS in Psychology at a young age. We stay in pretty close contact. However, he does not like boats that well and to visit would be roughing it for him. His idea of roughing it would be black and white TV
I used to work for the City of Los Angeles, which was my primary career from 22 until is was about 33. I am pretty well educated, have received my BA in History from the University of La Verne, in So. Cal. I have traveled quite a bit, some on the boat and some just bummin' around. My bummin' took my to Europe, where I went all the way East the the interior of Turkey. It was all history related and I loved it.
I have tried many other professions. I have taught sailing, I had my own business teaching kids in school about Birds of Prey (hawks and falcons). I have been involved in one aspect or another in this field in either hunting with my own birds, our helping with the captive breeding and release programs for Peregrine falcons. I have a teaching credential, but the public school system is just too out of control for me to want a career in that field.
Until then, I am doing a lot of writing and waiting for the next adventure to come my way.

Pink Ribbon
Hello how r u I hope you r fine and enjoying the cool weather ,,,,,take care ,,,,
From the Gift Store

Ana Q. said…
Helloooooooo Steve I am back from my vacation and u forgot about me already I don't have any msgs from you, what you have being doing r u ok I hope so how is the weather there hot, is getting better here but not to much, I like it cold not to cold but I can wear sweater but when is hot the only thing you can do is stay home in the a/c , ok Steve take care and talk to u soon bye don't work to hard ....hugs ,,,Ana,,,,