So here we are looking around, taking a peek... hanging out.

On some thread a bit ago, some one said how annoying the FB was with all the trivial updating goings on.

Personally, I don't think my daily updating is all that interesting but some times I really feel the need to share.  My kitties don't give a whit and the bird...well, he lives in his own world.  His updates would mostly involve "lived another day"..."got some of that shredded stuff again (cheese)"  etc.

Mostly, I have you fine folks to droll on about my meager existence and occasional moments of wonderful.

So, here you go...Keep it brief...mundane with a bit of intrigue. 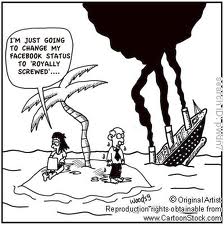 Whoops, It appears I may have missed something.

I always a little slow on the uptake.

Doing a fly by to check on you all and say hello. I've been busy here. Cleaning up all the dust made some clean spots I have to follow up on now.

!!  Be careful with cleaning...it makes for more cleaning!

I haven't been on here much lately, because my status has involved spending the last two weeks - Instead of an expected two days - getting up to my knees in a maddeningly reductive bathroom repair job.

Still not done yet, either. The guy we bought this house from was a lobbyist for the home construction industry - Plumbing, electrical, HVAC, carpentry, the whole bit - And apparently he bought this house in a gutted condition as a turn-around investment opportunity. So instead of PAYING the plumbers, electricians and carpenters to update it, he LOBBIED for them - And, in return, they did the cheapest, dirtiest, most corner-cuttingest slop rebuild you could imagine. Our greatest mistake was letting the seller recommend the house inspector. He gave the house an A-OK and then they both left the state as soon as our first check cleared. We've spent somewhere in the neighborhood of $20,000 just on making the place safe, let alone comfortable.

Yeesh. I had to take a break a little while ago just to keep from hurling a hammer through a wall out of sheer frustration. Going to calm down and then go over to Lowe's and drop another hundred bucks or so.

I changed the toilet paper roll.  I like to keep the bathroom maintained.

I'm currently eating my supper consisting of a bag of "Steamers" Valley Blend frozen veggies,  and three veggie egg rolls with Spicy Brown Mustard. I'm out of Chinese Hot Mustard. Drinking a bottle of Perrier. Later I may have some red wine.

Happy had Science Light dog food and tap water. He is currently working on a large rawhide bone. 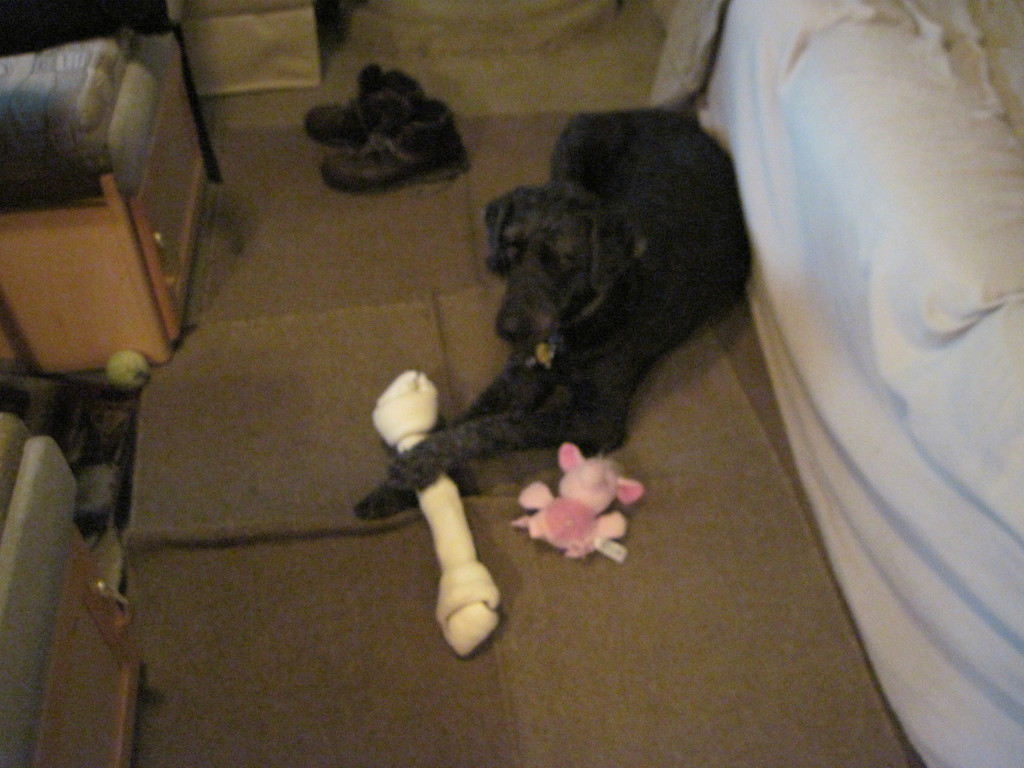