Nature Will Fight Back...What Humans Have Yet To Learn (OPINION)

The acceleration of natural disasters and radical climate change

Today, as mankind continues to destroy the planet's environment and ecosystems, some rather inconvenient natural events are about to be unleashed that will no doubt severely impact
human populations. It doesn't mean trees will uproot themselves and march upon our cities, of course. That's just a cartoon depiction. What's far more likely to happen is that imbalanced ecosystems will unleash famines and infectious diseases that will ultimately devastate humankind.


Why famines? Because radical weather patterns caused by global warming will disrupt food production, causing droughts in some areas and floods in others. As food production plummets, famine will become widespread. We are, after all, in a "food bubble" right now.

Why infectious disease? Because only balanced, healthy ecosystems keep infectious disease at bay. When ecosystems are disrupted, they become breeding grounds for infectious pathogens. Those pathogens spread quickly through non-natural animal production facilities (bird farms, cattle ranches, fish farming ponds, etc.), accelerating the mutation rate and greatly increasing the chance of cross-species infections that can then be spread by human-to-human contact. Bird flu, for example, remains globally uncontrolled and could mutate into a human form at any moment.

On top of this, our hospitals are actually breeding antibiotic-resistant superbugs through the rampant abuse of antibiotics, and our food supply has very little safety oversight (as we've seen with deadly bacterial contaminations of peanut butter, spinach, onions and other food items over the past two years). There's also mad cow disease, which can easily pass to humans through beef
products, and which cannot be killed by cooking the meat. And don't forget our modern corporate-controlled agricultural practices which eliminate biodiversity and base the future of humanity on a few patented strains of food-producing crops that are practically begging to be wiped out by blight or some other crop disease.

Many natural disasters are ultimately caused by human behavior

Then we turn to the forces of nature. Consider these: The rising intensity of hurricanes (Katrina, anyone?), the devastating 2004 Tsunami in the Indian Ocean, the disruption of seasonal crop-producing rains in India, the recent cold-freeze decimation of the California citrus industry,
the floods and droughts happening now on virtually every continent, earthquakes, sinkholes and volcanoes... the more you look at natural events, the more it becomes increasingly obvious that Earth changes are accelerating at an alarming pace. Nature is giving humanity a dose of its own medicine, so to speak, and humans are poised to pay a dear price for the destruction they have unleashed upon the planet.


Of course, nature is not vengeful, and she does not act out of cruelty or anger. Rather, nature responds in kind to the treatment it has received. When humans treat nature with respect, she responds with abundant crops, predictable weather and stable ecosystems that sustain life. But when humans treat planet Earth as a dumping ground for chemicals, pharmaceuticals, power plant emissions and automobile exhaust, nature responds in a way that ultimately "rebalances" the global ecosystem.

And how do you rebalance the global ecosystem? The most direct way, from nature's point of view, is to get rid of the cancer that's destroying the planet. That cancer, of course, is us. Humans are, by far, the most destructive force on the planet and the greatest threat to life and biodiversity on planet Earth.
It's almost like finding two fish in a fishbowl who have hatched plans to crack the bowl and drain the water out because it would make room for more fish. Silly fish, huh?

Can modern human civilization survive its own foolishness?

But humans are ultimately no different. It is a simple fact that for planet Earth to attain a state of balance, the current population of human beings will need to be radically reduced. The alternative to
that scenario is that human beings would find ways to live in harmony with the planet, but given the foolishishness and short-term thinking tendancy of the human species, this is highly unlikely. The most likely scenario is the continued destruction of nature, followed by a radical planetary alteration that collapses the human population bubble, followed by a period of planetary cleansing and rebalancing during which animals, plants and natural resources flourish, along with whatever remaining humans manage to survive the crunch.


It is clear that humankind, as situated today, is incompatible with sustainable living, and unless humans can somehow find a way to radically reduce their "footprint" on planet Earth, the natural
consequences will be quite severe.

Of course, it's only severe from the point of view of humans. From planet Earth's point of view, humankind can simply be shrugged off in the blink of an eye (say, 10,000 years), and the planet will go on living without the destructive presence of modern humans.

Putting it in perspective: Human civilization is a blip on the Earth history timeline

Virtually everything modern civilization now values -- from technology and science to knowledge and intellectual property -- was developed in the last 5,000 years. And most of it in just the last 50 years. Yet with all the advances we've been able to create, and all the apparent mastery over the laws of nature, we've really only proved that we do not have the wisdom to live in harmony with our own world. We're destroying the ground beneath our feet, and that is not an attribute of
an advanced civilization.


Let's face it: Humans are infants, and we act like children in the way we deal with our home planet. Perhaps a future civilization will do better than this one, because the one we live in right now is headed for certain disaster. Remember: modern human civilization is not the first civilization to rise and fall on this planet, nor will it be the last. All we can hope for is that future beings who inhabit this world will be wiser than we have been and will somehow find the presence of
mind to stop destroying their planet before it destroys them.

In the mean time, you can do your best to honor and protect the planet by living a green lifestyle and remembering where you came from -- the Earth. We're all made of this Earth, and it is Earth water that fills that soggy mass of neurons in your skull. It is Earth iron that turns your blood red, and Earth air that fills your lungs with each breath. To honor the Earth is to honor yourself, for you are not separate from this planet, and your own health is inevitably tied to the health of the world you inhabit. 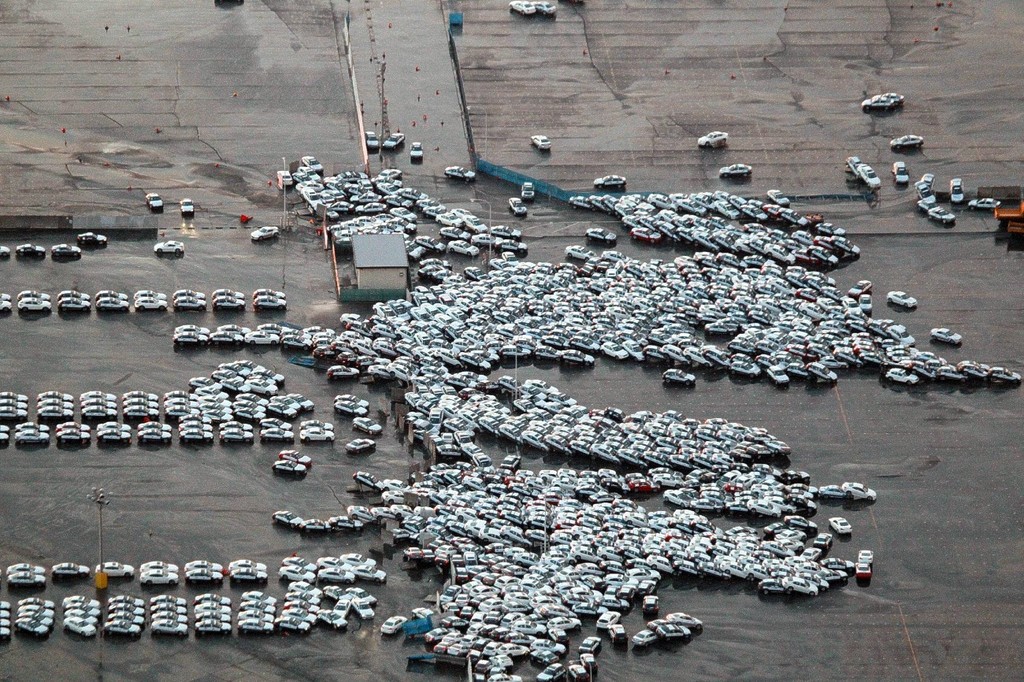 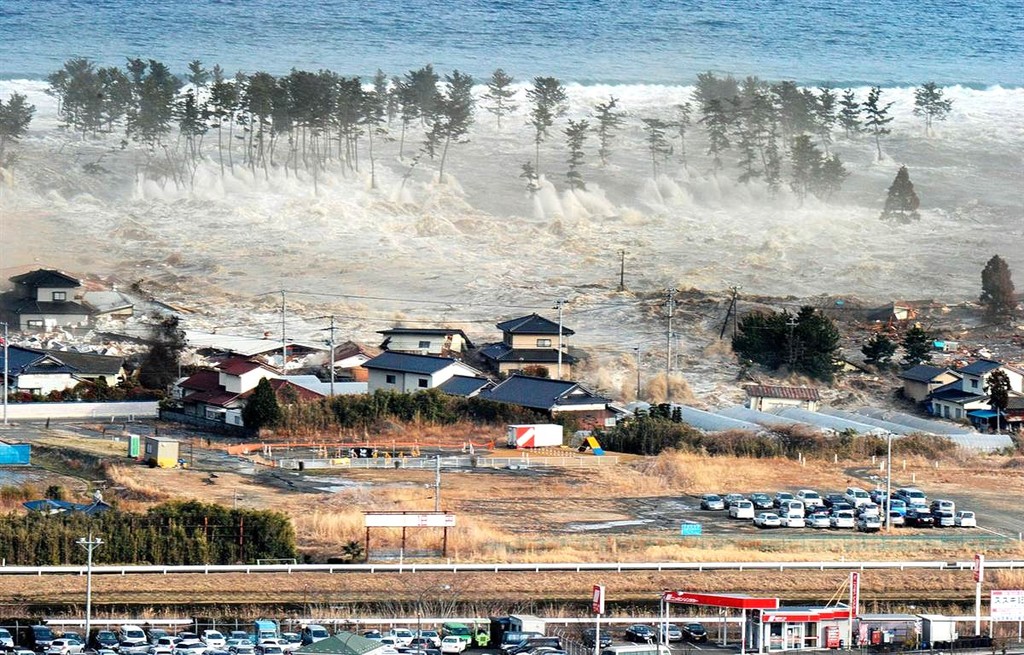 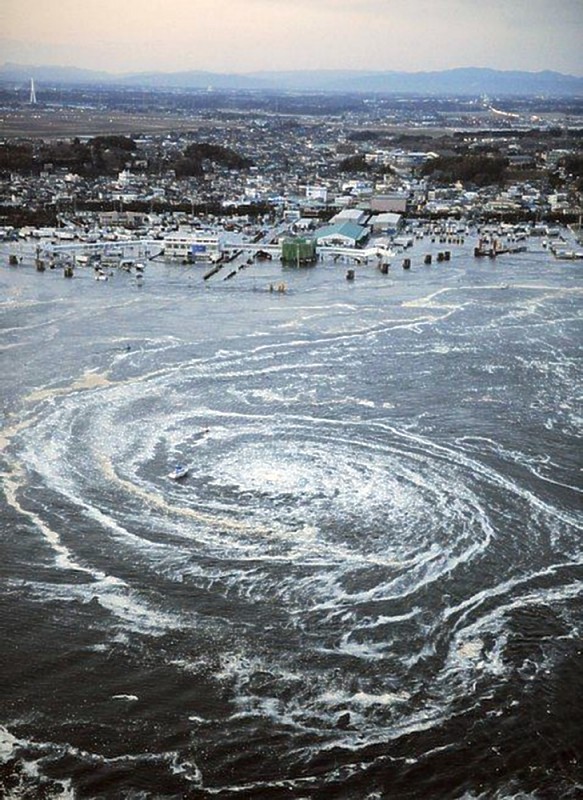 Tsunami Whirlpool...Take a Close Look at the Size...