It was about 50 years ago when I ordered my sea-monkeys kit from the ad on the back of a comic book. I was gullible and naive when I saw the picture of these playful creatures . Sea -monkeys were advertised to give their owners hours of fun. The cute picture of sea-monkeys playing by the beach captured my attention as well as many other boys and girls. For those folks not familiar,sea-monkeys are actually a brand name of brine shrimp. They were sold as novelty aquarium pets and said to be educational while fun to watch them perform tricks .
Lo and Behold.!! Our local post office delivered my sea-monkey kit last week. It was sitting in some room in a dead file of undelivered mail. I live in a different house but same zip code and the efficient postal employees found me. Our postal service came through,albeit five decades late. Anyway, of the dozen or so eggs included in the kit, three sea-monkeys hatched. We call them Iggy, Piggy, and Squiggy.
Sea-monkeys are very tiny creatures.They are just a few millimeters in length. A magnifying glass will help see them much more clearly. Iggy is all female.She loves to swim the backstroke,sit in the sun,(my flashlight).and sip her sea-monkey nutrients. Piggy is a male.He's well endowed by the look of his elongated genitalia. He's a bit heavy,(for a sea-monkey),but swims like Michael Phelps. He's a bit sluggish most of the time and likes to float on a kernel of popcorn I accidentally dropped in the aquarium. Squiggy? I think Squiggy is a rare hermaphroditic sea-monkey with both male and female appendages. Squiggy can jump several inches above the water and loves doing back flips and showing off other aquatic talents.
Our new trio of pets has made a wonderful addition to our home. Even my wife is fascinated by them. They can live up to two years with proper maintenance of the aquarium and diet. Now, I'm hoping our post office can come through again with another package I ordered decades ago. Wouldn't it be exciting if my X-RAY glasses show up in my mailbox tomorrow?

YES..They were very popular ads in the days I'd be buying  all those comic books ,mostly super heroes.

I've never yet forgiven my mother for not letting me buy them. I wanted to use my own money and everything.

I had gold fish for a while .I used to go spear fishing in my goldfish bowl using safety pins, sewing needles ,and a harpoon.(a salad fork)

OMG YES!!!! and I used to swirl around my SLINKY in my larger aquarium to create tidal waves and tsunamis.

I think this is an A M A Z I N G story you have here Mark,

fancy receiving this mail of yours after all this time !!!! 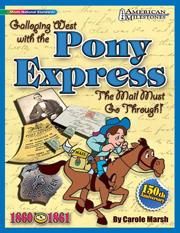