What has the experience been like for you? Where have you gone for guidance, or have you sought any?  What groups or agencies have been of particular help, or the opposite?

Tell us anything that's important to you about you and your child's journey. 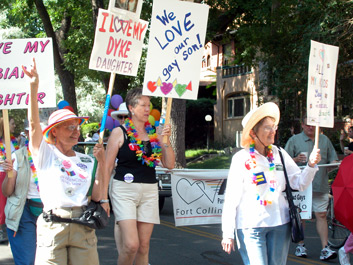 What you say is SO true.  Neglect, abuse, and anything BUT unconditional love, seem to be what so many children encounter in varying degrees now, and, I conjecture, since the beginning of time.

Selfishness, short-sightedness, and having one's head shoved firmly up one's--you know--seems to be par for the course for humanity. Thankfully, there are also MANY examples to the contrary.

What do we do about bad parents? One far too simple answer, without getting into the all-important "hows"...Be better, more aware, parents ourselves. Stop the endless cycle that has gone on since Adam and Eve (or whatever the first humans called themselves) of mindlessly passing down our faults and our baggage. Better parents in this generation=better parents in the next generation. And so on....

To be honest, although we must never stop trying to improve as individuals and as a species, I've thought since I was a youngster that there ain't much hope for sweeping change without: a) divine intervention (if you believe in such things); b) invasion by aliens (ye ol' being forced to pull together as a species under threat of extinction thang); or c) genetic mutation, until we are not really homo sapiens any more.

How's that for doom and gloom from Ms. Perky?   Hahahahahaha!

Ha!  We had an 5.8 earthquake here today. How about being at the epicenter of a 9.0 earthquake and being swallowed by a chasm that opens beneath your feet???

Lol...this would be a great discussion somewhere: The Most Spectacular, Dramatic, and Unlikely Ways To Croak

I'll repeat something I said elsewhere on TBD several years ago....

When my daughter was almost 18, she came up to me with a look in her eyes and asked me what I would think if she was gay.

I told her that: A) In a few weeks she'd be 18, and it really wasn't any of mine or anybody else's business, even if she wanted me or them to know about it, and that balancing the pros and cons between "in" or "out" was a personal matter - But if she was, that it didn't make any difference to me - And B) That gays are just people, like anybody else - meaning that, an unavoidable percentage of them were going to be raging assholes, just like straight people, and what mattered, whether she was gay or straight, was to find somebody who wasn't a part of that small percentage, to find somebody who made her, and not anybody else, happy.

She's not gay, as far as I can tell, and I've never much wondered what she was up to by asking me that. Maybe a friend of hers was scared to come out, because of her parents, and my daughter wanted my take on it. I dunno.

As usual, I love your outlook, Snagg.

Yeah...who's to say why your daughter felt the need to question? What definitely matters, whether she was asking for herself, a friend, or simply to test you, is that you were not flustered, and you were open, accepting, and gave valuable advice.