Have you or would you ever travel alone?  What are your thoughts on it?

When I was younger I used to travel alone all the time.My longest trip was from Denver to Redding Penn. Now that i am older and have had some health problems I feel more comfortable traveling with some one. Also have found now that its hard to drive all day by myself, so its nice to have some one share the driving.

I don't really have a reason to travel anymore.

Why not, Tim. I love to travel, but now I just prefer to go with one of the kids or if I had a friend that wanted to travel I'd go with them.  I'm not into traveling alone anymore.  I did for business many times.

I never travel alone, I always have my dog with me. 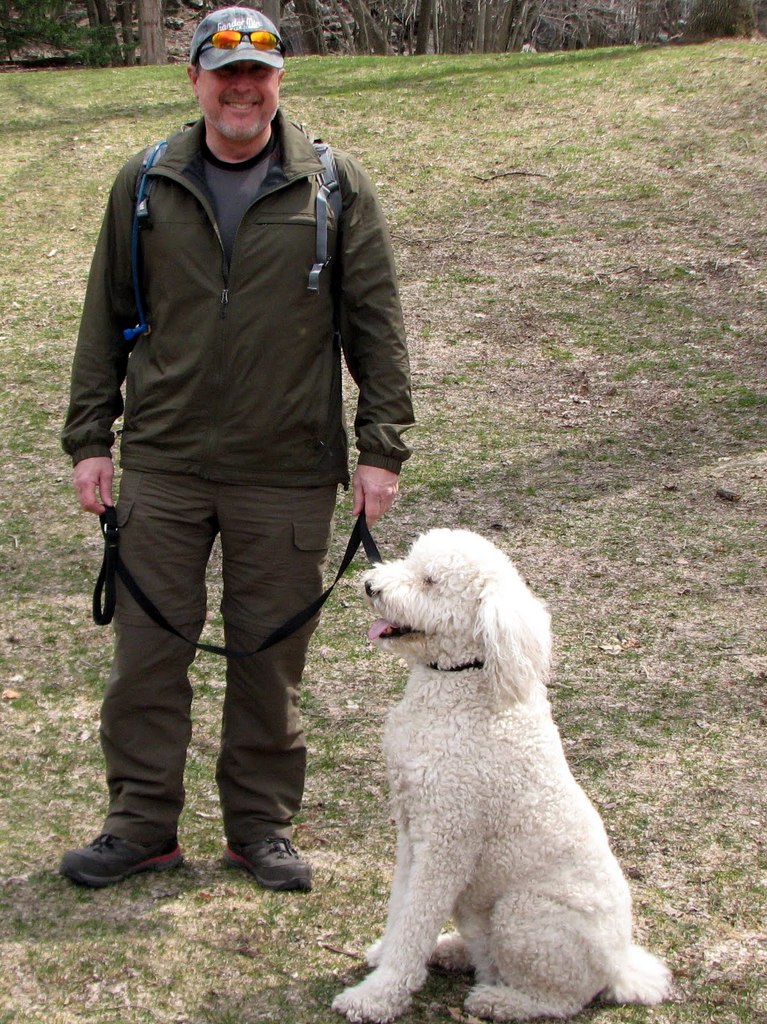 Mike, what a gorgeous dog.  Is she a standard poodle?

Permalink Reply by oldmike on October 29, 2013 at 4:14pm
He (Alfred) is 1/2 standard poodle, 1/2 golden retriever which is called a goldendoodle. Very smart and loyal.

I have gone on many vacations as part of a group such as Elderhostel most recently to Japan and Chicago. In 2004 & 2005 I did go solo on 2 trips but found it a bit lonesome not having someone to share the experience with. In 2006 I was scheduled for a group trip to Helsinki, St Petersburg & Moscow but due to terrorists bombing London, all  my connections were missed and so I traveled alone from London to Helsinki where I caught a train to St Petersburg. I stayed overnight in Helsinki as I'd missed the last train to St Petersburg. No one knew where I was and that was scarry thinking that I could disappear & they wouldn't know how to track me. I did catch up with my group in St Petersburg and finish the trip but w/o any luggage. It was quite an experience!

How come you didn't have luggage?  Did it get lost?  What is Elderhostel.

Luggage never made it out of Gatewick Airport and returned to me 4 days after I got home. Elderhostel is the old name for Road Scholar.

I travel back and forth to Chicago a lot....almost always alone.  That's a cinch.  If I am talking about going somewhere I haven't been, however, and I'm going to stay a while.....then I want someone to travel with.  Things are more fun when shared.