What's the story behind these coins? 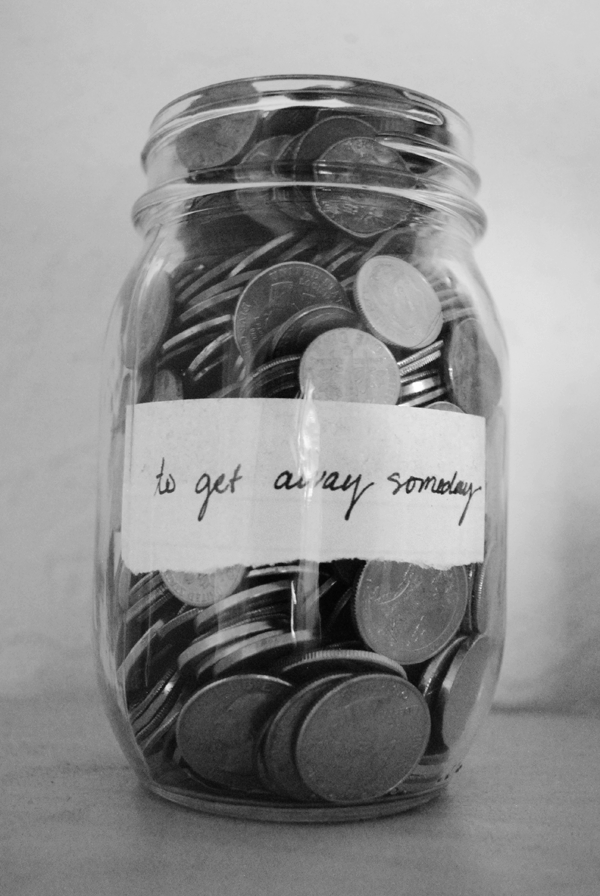 Who is saving them?

What do they want to get away from?

Why do they want to get away?

When are they thinking of leaving?

Where will they go and will it be far away?

I am behind those coins.  My jar was much bigger and the coins were large denomination Colones and it took me almost a year to fill it.  Wanted to save for a getaway SOMEWHERE.  Well, You can't go very far on a little more than $200.00 so I bought a professional set of studio headphones and installed an external hard drive.

I just wanted to get away from Rio Claro for awhile.

I had a jar of coins placed in the bottom cupboard as a child.

because our old farmhouse was very cold.

reach the tops of the bushes then I sold them to neighbors for twenty five cents a basket.

cheated her...but I explained to Ma that it was just a small sheet of papers that I placed

there so the berries would not fall out the basket.  this was the time before paper towels

or green plastic berry baskets. I saved this money also.

One day I came home from school and saw I had no coins in the jar.

I asked Ma and she said she took it for food.

was used without my permission ...I would have given it to them if they had asked...

I never saved money from that day on unless I hid it outside buried under a rock.

I would count the total of the coins and place the paper in the bottom of the jar until the next time I added money.

That hit home for me

i did almost the same thing

only I saved monies in the bank

and the "kids" were  one handicap daughter, a yowling cat in a cage and a 79 pound dog

no stopping for ice cream for this gal that power drove  with minimum stops..no foods

except a bag of apples.but I got to Pendleton Or , found a hotel with casino ( they have great food)

told the owners of my situation and we got food and rest until i got to Nevada  next day..

no more memories of those 3 days

i loved your story

great for you Scott

I think we all have

a jar of coins

at least one time in our lives

how wonderful a trip that was for everyone