SKIT on the Riverwalk in San Antonio November 30th, December 1, 2.

This will be a meeting of former Eons and TBDers.

I will be staying at The Menger Hotel across the street from the Alamo this weekend. Anyone want to share a room?
http://youtu.be/hJPTKcX5pGY

Dinner Friday night at 7:30 on the Riverwalk.

The Mercado, Market Square is the largest Mexican market in the U.S. http://www.visitsanantonio.com/visitors/play/attraction-details/ind...

I will be coming Friday after finish baking kolaches and feed the cows.

Friday night dinner at 7:30 at Biga on the Banks on the Riverwalk. Two people can split an entree and no one has to order three courses unless you want to do so. The three course meal is $37.00 if you follow their menu. Nice beginning for a meeting then on Saturday we can have lunch after El Mercado at Mi Tierra Restaurant and Bakery. Here is that menu:
http://www.mitierracafe.com/menus_enchiladas.html 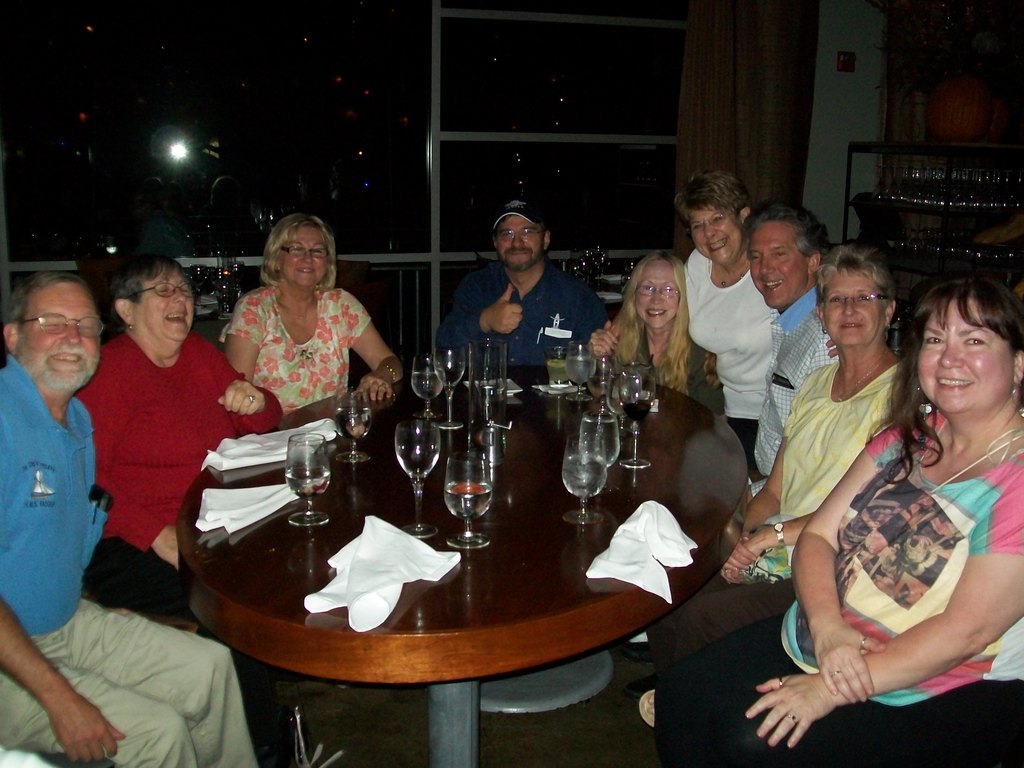 Annie, this is the photo I meant to send you.

I promised some of them not to name names online.

Thank you the waiter took it. 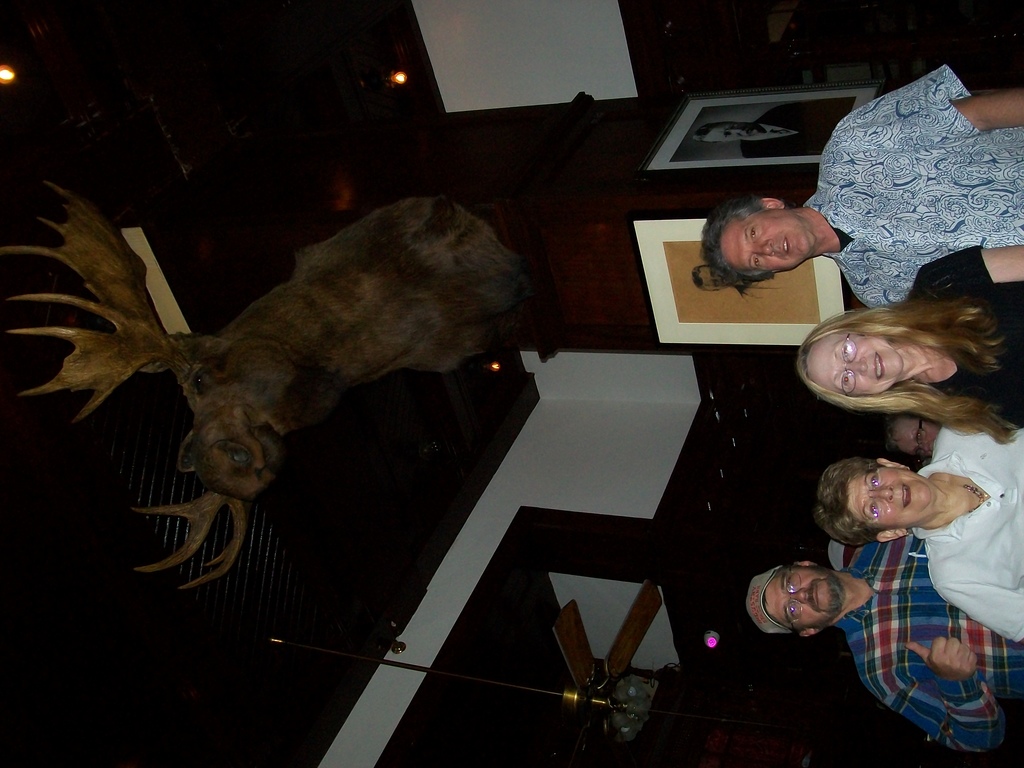 The Menger Bar was where Teddy Roosevelt recruited volunteers for the Rough Riders for the first American Cavalry that fought in Cuba during the Spanish-American War. The Menger Bar is exact 19th Century replica of the House of Lords Pub in London. It has paneled cherry wood ceiling, beveled mirrors from France and decorated glass cabinets.

The Arcane Texas Fact of the Day:
William Achatius Menger, the namesake of the famed Menger Hotel in San Antonio, was five feet tall. He was born in Bei Henau, Hessen, Germany in 1827. At the age of 20, having become a cooper (barrel maker), he traveled across the ocean to San Antonio, arriving in 1847. He began brewing beer not too long after that. William started selling his beer, using barrels that he would make. Customers complained about carrying those heavy barrels on horses, so he opened a small tavern and started selling by the glass. His beer was quite strong and some folks would drink too much, making it dangerous for them to ride their horses home, or they would pass out right on his saloon's tables, so he took the next step, opening a little boarding house over the saloon. One thing led to another and, on Feb. 1, 1859, less than 12 years after traveling to Texas, he built and opened the Menger, which cost $15,712 to construct. I should also mention that he did all of this with his extraordinary wife, Mary, who did most of the cooking and cleaning and who inherited the hotel after William's death in 1871 and who owned it for 10 more years, doing almost all of the work herself. One of the very first guests at the Menger was Robert E. Lee, who rode up on his famous horse, Traveller.