If someone threw a shoe at you, you would cry along with your buddy.

You know what? I've beaten two different cancers. I've had my bladder removed. I've had seven different hernia surgeries. I've been through chemo twice, nearly lost my liver, and had chemo leave lesions on my brain for at least three months. I've had 12 colonoscopies in the last 13 years. I've was hospitalized 13 times in nine months last year, not counting at least seven different hospitalizations that I can think of right off the top of my head. The first house I remember had an outhouse six feet from the cemetery fence. No electricity, wood cook stove. No well, so my mom carried water from the neighbor's well. The place originally had three rooms, but we only could use two of them because the roof had caved in and was laying on the floor of the third room. My father was an abusive drunk. Step dad number one was also a drunk, but he only lasted six months. Step dad number two was also an abusive drunk and a pedophile. Sadly he stuck around for many years.

And YOU think someone throwing a shoe at me is gonna make me cry? Your stupidity makes me want to cry, but I wouldn't give you the satisfaction.

Who raised you? Your Mom?

Permalink Reply by Snagg on April 12, 2016 at 5:50pm
darroll, meanwhile, poops his Pampers every time somebody points out that Donald Trump is as big a chickenshit liar as Dick Cheney, and an even bigger misogynist.

Lately, I've been wondering if Trump is a "partner" in some shadowy company that will reap billions off the deaths of American servicemen, a la Cheney / Halliburton, when Trump invades some third-world shithole after some minor functionary shares a Facebook meme about how Trump looks like darroll's mom fucked an orangutan.

Trump said he did not like going into Iraq. I don't agree.

Saddam gave the world American killers a safe place to hide and sometimes a million dollars.

I was raised by baby sitters. A single mother in the 50's had to work her ass off to keep food on the table.

In life you deal with the hand you are dealt.

Testimonials only work in a church revival.
I died eight times, but who gives a flying FK.
Man Up.

"In life you deal with the hand you are dealt." That's exactly what I have done asshole.

"I died eight times, but who gives a flying FK." I sure don't. Maybe the ninth time will do the trick.

I love the idea of a guy too chickenshit to say "fuck" on the internet telling other people to "man up".

Christ on a cracker, what a goddam moron. Are you using your Mommy's computer again, darroll-warroll ? The one she uses to post beaver shots for a quarter on craigslist ?

darroll, I swear, you should write for Larry the Cable Guy or one of those other dimwit "redneck" comedians.  You're just THAT stupid.

The rat pack is waking up. 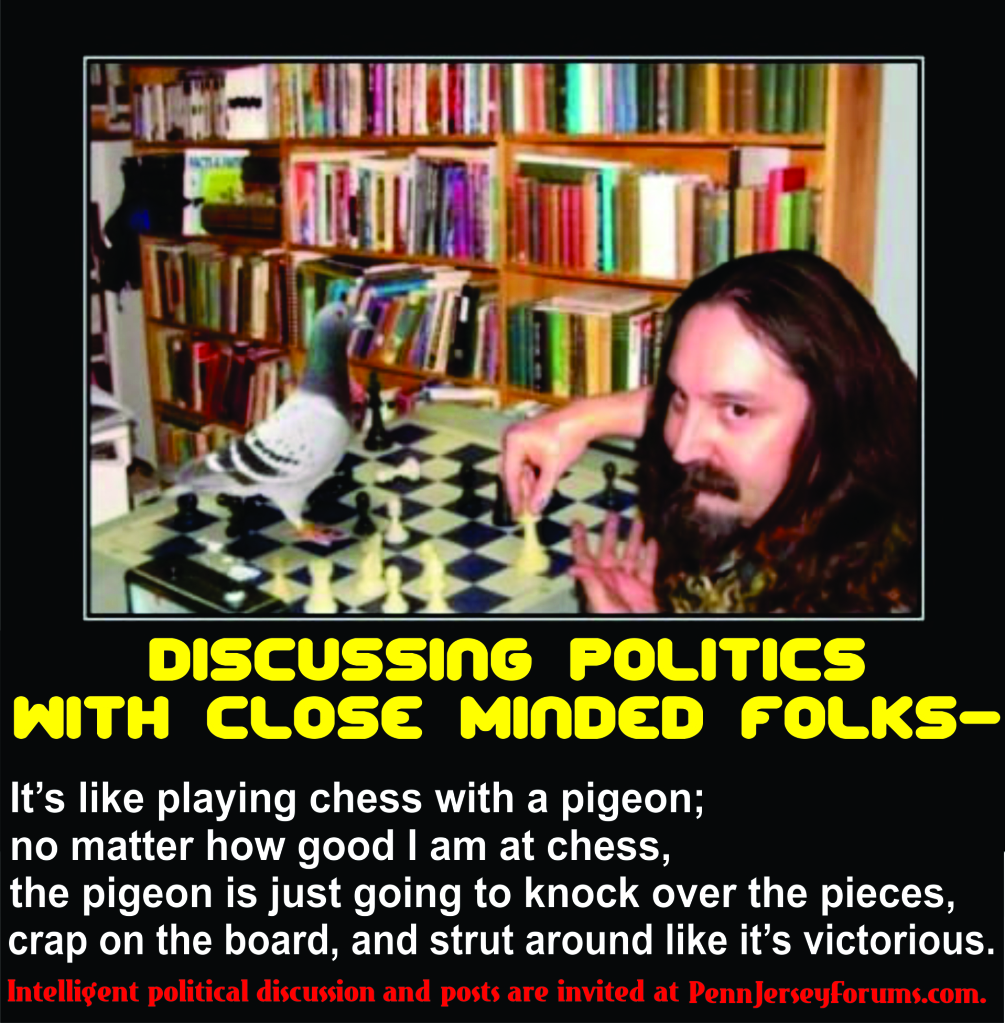