The art of giving and taking 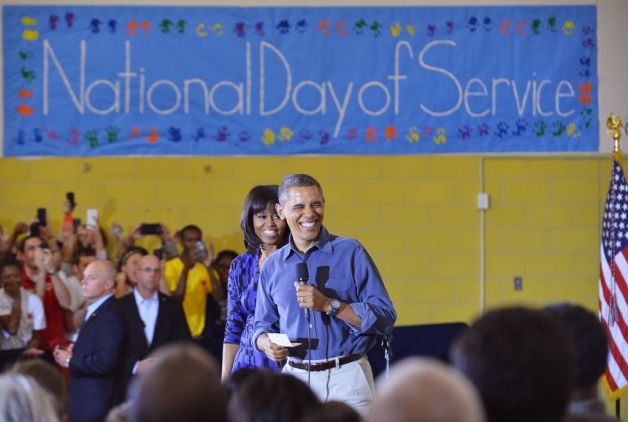 I have engaged in the process for about three quarters of a century. When I was a child I mostly took, as my parents gave me what I needed. But I soon learned the art of giving. I served mass as an alter-attendant in my early school days, then served the community as a scout for a number of years. I took some public education money, as I attended the public high school and got my MBA from the University of Connecticut, a public funded college. I attended a private grade school and college, but most take a modicum of government subsidy.

Once I gave big time, as I spent six years enlisted in the military, serving in the United States Air Force. But some gave their lives or a disabling injury, which is a far greater gift. I took some public money, as most of my career was spent working for a defense contractor, which many would call this giving to the effort to defend our country and keep it safe. It depends on how you look at it. I am now on Social Security and Medicare which some consider taking, but is not, as these programs were set up to be self-sustaining by payroll contributions.  It's not my fault the politicians robbed the piggy bank.

Over the years I have volunteered in many efforts. I spent week nights and evenings working with orphans (mostly black) in a program to provide substitute parental guidance. But then my real family (three children) needed me more, so I gave to them what my parents gave to me.

Once, as the Employment Manager, I led efforts within my company to implement “affirmative action” hiring and promotion resulting in hundreds of minorities getting a better job and a good income. Some would say that's what America's companies should have been doing all along.

Over the years I have volunteered to work with schools, community and any organization that needed help. But I am not at it day and night. So am I doing enough? Well, like JFK said, “Ask not what your country can do for you; ask what you can do for your country.” I'm asking.

Will there be an accounting some day where the angel of God asks you, “What did you give and what did you take in your life?” I think everyone has to ask themselves that question.

If you take out of the "societal pot" of taxes that are paid annually, you should consider playing it forward as you consider any contribution that improved your life.  IMHO, you have an obligation to the taxpayers who contributed to the benefit you received.  I know there are some who call it an entitlement and consider they have it coming.  I'm sorry but I don't feel that way.  I'm appreciative of everything that America has done for me.  I was willing to serve in the military to defend our way of life and I pay my taxes each and every year, as they are required by law.  To not do so would make me a lesser person.

It's all a balance in the art and needs of living, of giving and taking, I think.  The problem is, balance in whose favor?  We have a society that idealizes the idea of giving but as an underside, sees taking as being better, that if the fools and idiots give you a chance well, then, you are a fool and idiot not to take it, take it all if you can, or, not.

There are truly giving people who see their life as a one of service to others.  But no one said this was a large percentage, or could be, in those that want outnumber those that serve, it is just part of the equation.

In a recent blog there was a mention of security, say, the security of living in a gated community.  And why would one want to do that?  One reason is to keep what you've got, another, the idea of fear, fear of others as to what they want and could take and how they would do it.

As to why we have fear, there are many reasons, the solution to fear, is what?  Maybe, to give is a way to release fear, to serve those what want, but then again, maybe not.  Maybe not, because if we live as a the lowest common denominator, we live less.  But then again wasn't what we were asked to do?  By those that want and by the god we favor?

However, to most of us the universe and the universal favor is much more focused, it is on us and our families, and that can't be all bad.

I have always given to animal causes over the years.  We have adopted 3 dogs and 2 cats over the last 16 years.  I regularly give to Best Friends and the SPCA and volunteer at a local shelter.  In my opinion, a lot of human causes try to resolve problems by way of just money.  It is amazing how some will complain even if they are getting something from the Government or a charity organization.  I have heard welfare mothers on television complaining because they cannot support their 7 children.  I have heard Hurricane victims complain because of the living condidions in the temporary housing units they were given.  Dogs and cats can't complain.  Any bit of attention that you pay to them is greatly appreciated.