"Stir" takes to the road again! 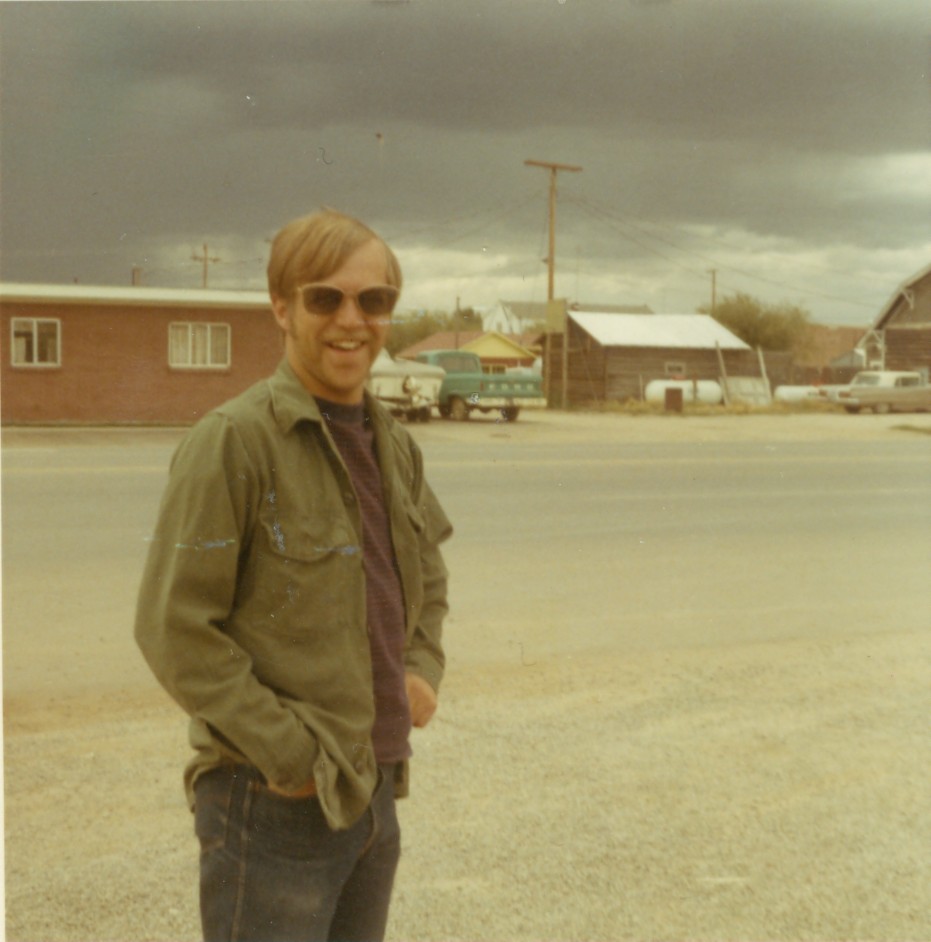 Hey, its me, Gary Young! You know, the smart alecky guy who was gonna go out west??? I thought I might try doing one of these blog thingies about my trip to Yellowstone Park and back.

So who is Stir? Well, that's been my nickname since I was in high school. I was originally called "Youngster" by one of my friends, I guess because I only looked about 12 years old when I was a Junior. As time went on, "Youngster" got shortened to "Ster", or "Stir", as I prefer to spell it, and people just ASSUMED that the shortened variety came about because I "stirred" up trouble. Why, nothing could be further from the truth....c'mon, you know me....I'm a peacemaker!

Well, anyway, about 2 years ago, I embarked on a quest to find people whom I'd worked with in Yellowstone Park in the summer of 1969. It became a cooperative project as I found others, and they started looking too. Along the way, we've been able to account for about 12 people, and the idea for an employee reunion came about. That reunion took place on August 14th and 15th 2009, in Gardiner, Montana, and the story that follows will hopefully tell a little about the summer of 1969 in Yellowstone Park, and my journey back there 40 years later.

And just who is that mischieveous looking guy up above? Why that's me, in the summer of 1969, of course. Well, I left home this past August 7 afternoon, a Friday, headed for Yellowstone Park. The photo above shows the 1961 VW Camper Bus my buddy Nake and I took out west in 1969. This time I'm taking my 2008 Saturn Vue. Nake didn't come along on this trip, although I asked him to. He has family and career responsibilities now. Frankly, I don't know how well two cranky old 62 year olds would get along on the road now. Things were a lot simpler back in 1969....even if we may not have known it at the time.

I'm not taking the same route Nake and I took....we left from Lansing Michigan, and went around through Chicago, and up into Wisconsin, eventually to hook into I-90 West. We spent the first night at a Wisconsin State Park, after stopping in on my Uncle Bernie Young and his daughter BeaJay, for dinner. They lived in Madison.

I, however, now live in the northwestern part of Lower Michigan, so I headed northeast, picking up I-75. I crossed the Mackinac (pronounced mack-in-NAW, please) Bridge, into the Upper Peninsula, and eventually made my way to M-28, and then headed west. My plan was to eventually get to I-94 West in Moorhead, Minnesota.

I love the U.P. of Michigan. My father was a Yooper who left after high school, but we went there on vacation many times when I was a kid. I still try to get up there a couple of times a year.

I've always loved the rugged beauty and remoteness of the UP (yah, dat's Da Yoop....Jolene knows wat dats all about, eh?). Heck, going to the U.P. is where I developed my love for Mom and Pop restaurants and motels. I just love those places, but both are going the way of the buggy whip.

It seems like every town I passed through on this trip, no matter the size, was big enough to have acquired a chain motel or two, and a Subway or Hardees to eat at. Lots of the old motels and eateries are now completely gone, or overgrown with vegetation and slowly sinking into the earth.

When I got to the eastern outskirts of Muinising, though, I saw a place called the "Hillcrest Motel & Cabins". The sign said, "under new ownership", so I stopped and got a room for the night.

Comment by Dazzling Zoomer Gal Diana on August 19, 2009 at 10:01pm
Very cooooooooooool! We will be here waiting! More ! MORE!

Comment by larry kremis on August 19, 2009 at 2:25pm
Very cool, there's mischief written all over that face. Glad you're back.

Comment by Ruby Red Crystal on August 19, 2009 at 2:16pm
I knew it was you, it looked just like you. Can't wait to hear the story, I am hoping you had a wonderful time with your buddies.
Glad you are back!!