I lifted that title from from a song of the same name, from the late Warren Zevon's final album.  The song really doesn't have much to do with this blog....its more of a teaser.

I felt compelled to jot down my thoughts on My Atlantis, my involvement with the site, and how it all impacted TBD/Ning.

When TBD closed up shop, about two years ago, TBD/Ning was provided to us, by Robin Wolaner, as I remember, as a "landing strip"....a place to sort things out and find our way on the cyber trail.

After starting out strong (heck, we were like a band of intrepid explorers), I could see that our little group was now running out of steam, at least from my vantage point in the Q & A section.  The wall wasn't moving much any more....it was filled with well meant, but nonthought provoking or interesting questions.  People were losing interest....most of the great contributors were no longer posting.  A couple of people tried to step in and help, but it just didn't work.  We were flat lining, it seemed.

I remember receiving an announcement that someone was starting a new Ning social networking site, called My Atlantis, and that the site would be free to users.  Ning had recently decided to start charging a fee....there would be no free lunch, as it were, now.  There would be a charge for the TBD/Ning site to continue.

As moribund as TBD/Ning had become, I wasn't sure I wanted to jump to another, similar networking site.  I dragged my heels, for some reason I didn't really want to let go of TBD.  None the less, I set up an account at MA, but not under my own name.  I became a cyber-Canadian, eh?  I even joined the Canadian group.  I wanted to watch things a bit (OK, lurk might be more accurate).  I wanted to see what would happen with this new site.

Me being me, of course, I really couldn't keep quiet very long, so I started posting to the Q & A.  I hadn't checked very closely, and didn't realize that the mutual friends I had on both TBD and MA were showing up on my new profile.  At one point J Lee S called me out on it, in a very nice way.  He wondered why he didn't remember me from TBD.  I came up with a lame excuse of long time inactivity on TBD, and he let it drop, although I could tell he was dubious of the story.  I don't know if he knew it was actually me or not.

I ended up leaving MA shortly thereafter.  My cover had been compromised.  HaHaHa!

Meantime, I was still active at TBD/Ning.  An unpredicable thing, in my mind, was happening.  Most of the few active people left there wanted to save the site, and apparently some were willing to pony up the money to do so.  I did not contribute, but as I understand it, the money raised was in turn passed on by Robin Wolaner.  TBD would continue.

I don't know how many people were then active in TBD....I would guess less than one hundred.  Although many, many of my TBD friends had left for MA, the remaining ones slowly got a rhythm going again.  The type of questions posed in Q & A changed, maybe more staid, yet somehow continually topical.  The group seemed to be a little older, and well spoken.....good grammarians (is that a word?) and very civil to each other.

I still would slip over and check out MA ever so often.  It certainly was more freewheeling on their Q & A.  Lots of my friends were having fun there, and I missed them.  So I signed up again....under an assumed identity once more.  As I think back, I don't know why I did that again.   I think I was just goofing on them.  This time I became what seemed to be the world's dullest Swede, and joined into the Q & A with very dry, to the point answers and comments.  Needless to say, those kinds of answers didn't evoke much interest.  I remember posting songs, three at a time, by artists who had one of my names in their name.  Sara figured it out right away, but was nice enough to not call me out on it.

I noticed too, that the Q & A on MA was thriving, and had attracted several new and relevant contributors.  There was some good stuff going on there.

I subsequently stopped being the world's dullest Swede, and fessed up to who I really was, and jumped into the activities a little deeper.  Mostly I was communicating only with those I had known at TBD.  My posts didn't mean much to the newer folks.

Again, I'd say I was mostly goofing on people at MA.  I was still very much involved with the more predicable style of TBD/Ning.  Eventually I went too far, and was gently called out on it by one of the MA moderators, and so I left again.

I returned exclusively to TBD, but once in a while, would look to see what was going on at MA.  I didn't have any interest in rejoining, but I did like to see what my MA friends were up to.

Then, last September, I got a note (I think through FB, but maybe it was TBD) from my old buddy Larry Kremis, inviting me to meet a group of folks in Middlebury, Indiana.  All of them were MA members, and mostly using that site for networking.  I knew all but one, in varying degrees, from TBD.  I think to Larry's amazement, I quickly agreed to come to Middlebury.

Larry started posting info to me via TBD or FB.  I decided to rejoin MA again, so I could get the meeting info directly.  This time I used my real identification.  I started following the Q & A again.

The meet-up in Middlebury was great.....we all had a wonderful time.  As I mentioned I knew all but one of the attendees, and she was well known by the others.  There were a lot of photo stories posted on both FB and MA after that weekend.  Unfortunately for me, a computer gremlin didn't allow me to download my pics, and by the time I got it sorted out, a couple of months later,  I didn't think the subject was very topical.  I never did put together a picture story to share.

Our weekend in Middlebury was very closely watched by many of the MA members....several sent me friend requests.  It seemed that we were just the in-person representatives for a much larger online group.

As 2010 wound down, it seemed to me that TBD/Ning was again going into a period of not much activity.  I started wondering about what the future would bring there.  I stopped checking in on a regular basis, although I would post if I saw something I liked.  There just wasn't much that interested me, however.

MA somehow seemed to be different as the year wound down.  I wasn't really a major contributor there, but there was something missing, in my opinion.  I couldn't put my finger on it, but there seemed to be a tension, maybe a lack of unbridled enthusiasm like before.  People seemed to be on edge.  I wrote a blog on the joys of driving a beater, which was politely received and seemed to be appreciated.  Something just wasn't clicking for me, though.  I didn't quit MA, but I decided that I was going back to TBD for my home base.  I liked the folks there, we had developed a great comraderie.

About that time, a couple of people left MA, and came back to TBD.  They fit well with the existing group....they got into our rhythm quickly.  They seemed to be no longer happy with MA, although they didn't really dwell on it.

I didn't visit MA much....TBD/Ning had some new life...I was enjoying myself again.

A few more people trickled in from MA, mostly more vocal than the first returnees.  A couple of the newcomers said they had been kicked out for violations of the rules    These people seemed to be OK on TBD, from what I could see.

I wondered what was going on at MA, so I went back to see.  I found a particularly rancorous thread going...lots of arguing...lots of aggressive and flaming posts.  There were statements being made that should have come from moderaters, it would seem, but instead came from individuals.  Something was really wrong there.  I'm certainly an instigator, and I found myself dancing a little to close to the flames of dischord, so for the third time, I left MA.

I think I only ever went back to MA to look around one more time...I lurked a few minutes and that was enough for me...the site seemed to be in shambles.

So that brings us to the present. MA is no longer, at least in a public form.  I was never an insider there, and I don't exactly know what happened.  I hear comments now on TBD, ranging from polite assessment to raging, hateful rants, about what went wrong, and why.  I've not heard from any of the managemnt hierarchy, nor would I expect to.

Its ironic, but TBD/Ning has had a bunch of really good folks come back....people I've known on-line for two or three years now, but its also inherited a few who seem dedicated to re-fighting the war.

Lets hope things settle down...it wouldn't hurt my feelings at all if a few of the bile spreaders move on.

Oh, and lets not forget, just like MA/Ning, TBD/Ning is a "pay for" site.  Where before one person paid for the playground time for all, now a site is being provided by a few of the members.  Those few members are "first amongst equals", as far as I'm concerned.  Lets tone it down, bring civility with you as your weapon of choice, and remember, the person you go off on publically just may be one of those allowing you access to the sandbox.

And by the way, if you read all of the above, here's a reward for you........its the late Warren Zevon performing "Dirty Life and Times", from his final album, "The Wind".

Thanks, Stir Gary, for cleaning up any identity confusion, lol. Appreciate you putting into words what a lot of us seem to have been through.

I never officially left TBD either, but it's good to be back home.

Thank you, Stir.  Very well written and heart-felt.  You're one of the Good Guys, you ole Swede, you...

Comment by blondie 11 on April 24, 2011 at 9:24am
Gary AKA Stir, this is very well written. You made us proud. You have always been my friends, as a tber, maer or just a Stirer--Happy Easter--my friend.

and I thank all of the folks for being here

have a great day all, fill it with love and laughter

Yes, I was amazed and delighted that you agreed to meet us in Middlebury. You owed me that since I've gotten you out of many jams here at TBD. :) 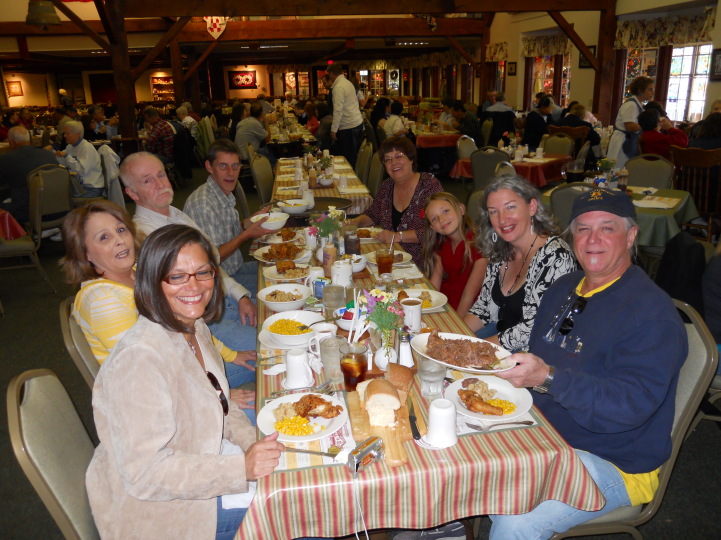 I haven't read any posts here......I have such a overwhelming sadness going on for everyone concerned.....I know what goes on when feelings toward people we like or dont like get out of control..I just dont want to place blame on anyone or single any group out for anything..If I have done that I am sorry, even to Macon I guess...I have & still am this weird person who believes I can somehow find a middle ground w/ everyone.

If I feel any sadder I will have to leave TBD altogether..It has been so nice here for a while.....Now the tears wont stop.