Livin' out here on "The Leelanau": The Road Wearier 1978, An Introduction.

Well, its been awhile since I've done a blog on "The Leelanau". Oh, there's been plenty to write about, but I just haven't been motivated.

Now, however, I think I'll share my upcoming (hopefully) adventures as "The Road Wearier, 1978". Nope, that's not a typo...I'm no kind of "Road Warrior". After I ride, I'm pretty weary. See, I dragged my old bicycle out of the crawl space, and took it down to a bicycle shop in the big city, and told 'em to fix 'er up. I want to start riding again.

I originally bought my bike in 1978 (clever how I worked that into the title, huh?). Its a Schwinn Traveler III 10 speed. The three boys at the bike shop were quite underwhelmed when I brought it in. I asked 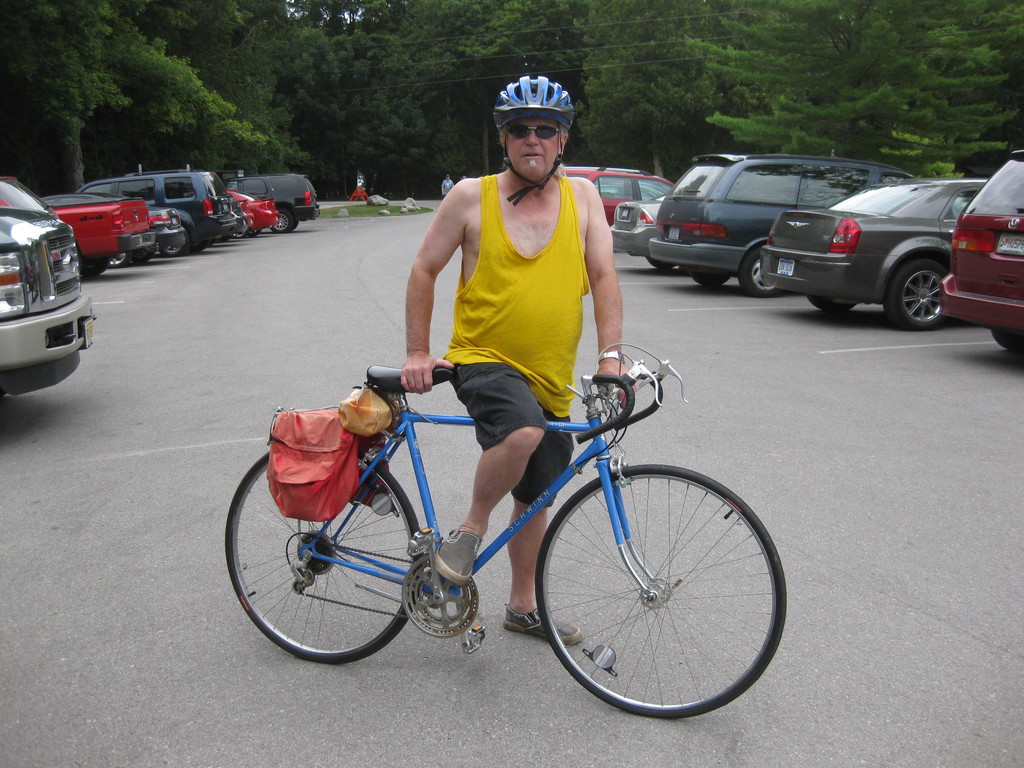 if any of them were even alive in 1978, and they all looked at each other, and stated they they indeed were not even born yet.

After I picked up the bike, I've been riding around here in the subdivision, familiarizing myself with a bike again, and trying to build up my legs. Its been a good twenty five years since I've rode very much. I bought a bike helmet, and today, I even bought a cable lock at the local hardware. I rummaged around in the attic and found a big old plastic water bottle, and added the old bike rack and faded bike bags to the Schwinn.

So, it looks like I'm ready to roll now.....me and my Schwinn looking like a couple of worn out relics from 1978.

Comment by Stir Young on July 30, 2010 at 4:57am
B A F, I notice that the power providing option to your bike is much better looking than the same attachment on my bike.

Comment by Jolene on July 25, 2010 at 5:38am
My brother rides bike, and bought a new one so handed me down his old mountain bike. That was last summer...I have yet to ride it. Good luck Gary keep us posted.

Comment by D. D. Olson on July 22, 2010 at 8:41pm
Will you be blogging about your biking adventures in LeeLanau Land? I'm looking forward to it!

Comment by Stir Young on July 22, 2010 at 4:06pm
Oh, I'm wearing the yellow wife-beater to signify that I won yesterday's stage......I woke up this morning and didn't find my name in the obits.