"Star Trek: Discovery" the first new Trek series on television or "new media" has been renewed for its 2nd on CBS All-Access. 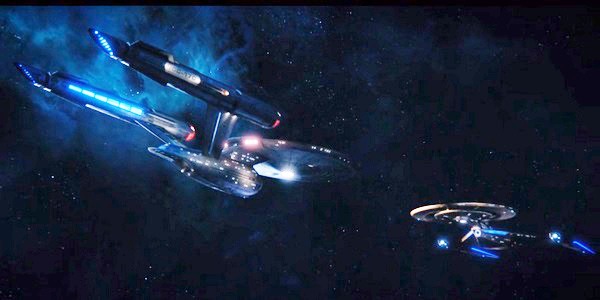 The final scene from the 1st season finale. The USS Enterprise, meeting the USS Discovery.

This new series is different from any "Star Trek" that came before it, because it is serialized. It is a darker "Star Trek" and contains more adult subject matter.

A lot of Trekkie don't like this new version. For some reason they feel it's not "Star Trek". However, it is still very much "Star Trek", It is just being told in a new format.

Season one is available on CBS All Access (in the United States) and on Netflix worldwide. Check it out for yourself.