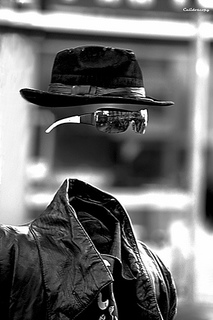 After a few hours of reflection, and a very care perusal of the myriad number of groups here on TBD (plus a good chat with my beau TSD), I have come to the conclusion that the great grand men of TBD do need their own group - set to private. When George Richards approached me about the idea yesterday, I immediately chided! "WE ARE OPEN" I cried - "and many (many) men have written to me complimenting us on our group - stating how much they enjoy reading us, and how much they have learned! Your group should be open too"!

Then again - upon reflection, I believe he is right - men are more forthcoming amongst themselves when not being scrutinized by women. So! If you have a man here you like who would appreciate George Richards efforts - encourage him to apply for membership. I am encouraging my best male chums!

NOW! This all begs the question - do we women need a "For Women Only II " - closed and by invite only - to discuss subjects we (too) don't feel we can talk about in the open?

I initially wanted this set to private- membership only - but made the mistake at the onset that can not be corrected once decided upon. Let's hear it from all of you please, should I start a subsidiary tier in order to discuss issues we are not comfortable discussing in public? Just like the guys? Or are we good with what we have, and do you all feel comfortable discussing just about anything - including men's issues and how they affect us, in public for them to read?

Permalink Reply by lynn on September 4, 2009 at 6:35am
i'm new, but it seems ok to keep as is; still, i wouldn't object (and would probably visit) a closed group, just not sure i have anything to say there -- personal medical stuff is about the only info i wouldn't put in public group....

Oh Maria, I adore you! Let's see what could it possibly be that they are on about . . .

The Penis. Women. More about the PENIS, is it up? Down? Not happy? Needing help? Not feeling well today? Happy Morning Boner? Not so much? Not getting any? Getting too much? More about women. THE PENIS! Viagra versus Cialis versus Vapour Rub versus Tiger Balm? More about women and why is it that women stop giving BJ's and what to do about it. The PENIS, and the vast assortment of condoms . . . textured, flavours, size. SIZE! More about women, to affair or not affair - when will you be caught?- therein lies the RUB! BREASTS - no BRAS! How do we guys feel about women not wearing bras!?! All in favour raise their hands! Or their PENIS! Emasculated? Not ME! Penis stories never told . . .

Okay. My bad. I'm taking the mick on the lads /;-D - I'm sure it's all very intense and soulful and commissariat and iron man bonding - and we all wish them well. We love them dearly. I'm sure they will take their pot shots at us, and goodness knows there are times we deserve a good - ahem - ribbing too /;-D

Now Quilty is going to smack my bottom for this - but I just can't resist . . . 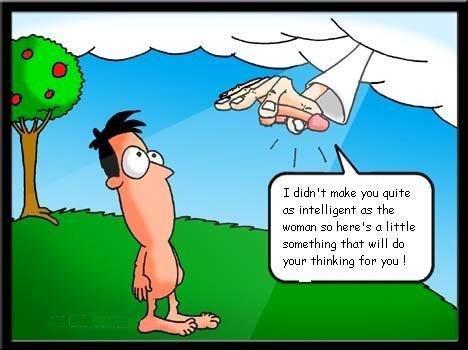 Permalink Reply by Dazzling Zoomer Gal Diana on September 5, 2009 at 2:20pm
Oh yes Felicia - George V. Richard's "For Men Only " has been up and a go for about 72 hours now! My men chums tell me it's humming along nicely, and I for one am happy for them. My caveat is that they don't take the cloak of secrecy to use it to bash or lash or speak out of turn about any of the women on TBD - and I've been assured about that , and that this will not be be the case, or permitted. That was my only REAL concern.

So many men over the years have confided in me the fact that it is quite difficult for men to open up with one another about deeply personal issues, and when they do - it tends to be in short bursts, rather than intensive dialogue. TSD agrees. He says part of the issue is not wanting to appear like some wuss in front of the guys, and the other issue is innate competition. It's the old story of two strange men accidentally bumping into one another at the bar. Within a nano second, those two men will decide to have an instant antipathy - which leads to a fight, or a sympathetic shrug and a "sorry". I've watched this in action so many times, I know it to be true.

Men are direct. (They can also be quite arch and catty - a lot of women don't realize just how "bitchy"' men can be too - they may have caught it from us lol.) We women often make the mistake of reading more into a direct and honest comment from a man than there is - and so I suspect it will be refreshing for them to talk amongst themselves and feel "heard' and not have to be concerned abut being misunderstood.

After all, are we not finding it refreshing not having a man's take on an issue intruding on our musings and conversations? I'd like to think that our talks here and their talks "there" will make for better interaction "out there" in our mixed tbd venues!

Permalink Reply by Dazzling Zoomer Gal Diana on September 5, 2009 at 3:38pm
Once the decision is made to keep a group open - or closed, it can not be reversed. George and I have chatted about co-founding a group together that would take some of the issues we discuss here, and those they discuss there, and joining the sexes in a venue of deeper and more constructive relationship conversations.

However, and it's a big "however' there is a matter of redundancy to consider. in my good chum's group "Sex after 50 " the chaps are VERY upfront about ED issues and other issues affecting their love life. So many (as you say and I so agree ;) lovely men do participate quite candidly in a myriad number of groups, not forgetting the forum and Chuck's group Q&A. And trust, that just as there is spillover from our discussions here out into TBD at large, so will this occur with subjects discussed in FMO.

Putting my naughty and facetious ditty aside - I suspect that the reason d'etre for the closed shop aspect is that the chaps can dialogue and confide privately with one another. If men were more accustomed to doing so as openly as we are, perhaps it would not be an issue. That it is - and that they appreciate that it's a closed venue, (George told me he put it to a vote with a unanimous consensus) leaves me to think that men really need and appreciate time with one another in privacy.

We forget sometimes that there is a great deal of pressure put upon men by women to "explain" themselves. Often before they have even had a chance to figure things out for themselves!

What does it say about we women? I don't think we are so much the issue as that men need to be really plain old fashioned (and quite possibly not in the least bit politically or any other manner or form of correctness) MEN! That would be a refreshing bit of business for them I'm sure!

In other words, it may be somewhat about us - but it's not at all "about us" - not in the least, if you get my drift! And therein - I would offer to bet, lies the pleasure! 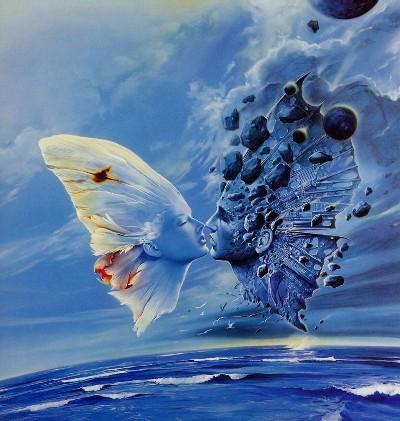 Permalink Reply by Dazzling Zoomer Gal Diana on September 5, 2009 at 3:41pm
LFF I was thinking 'bout this the other day - I like to drop a funny cartoon in another fav. group of mine, Bolderado's group "Sex after 50" and I wanted to balance my "cartoons poking fun at the guys" with like fun being poked at the gals - and there is not a great deal out there!

Permalink Reply by Dazzling Zoomer Gal Diana on September 5, 2009 at 6:14pm
And for a little bit of entertainment tonight - with a great grand chuckle (NO WONDER the dears need a club to call their own!)

Permalink Reply by Suuse on September 6, 2009 at 9:22pm
So just when are the boys going to come down out of their clubhouse, give up their secret passwords, and forgo the extra-super-special handshakes and just say what they have to say? Or is that just toooooo scary a concept?

I see no need for a "For Women Only II" group--but as long as the boys continue to operate that way, perhaps we should have such a group. Turn-about being fair play and all, of course. ;)

Permalink Reply by Suuse on September 8, 2009 at 9:25am
I'm not frustrated by our exclusion, Wanda--I'm amused. Apart from Edwardian England being over and done, this is America, and we're in the third wave of feminism. Women have kept moving with the times as we live them--why can't men?

I have absolutely nothing to conceal from men (obviously!) about my opinions. Insofar as I do keep much of my private life out of cyberspace, that's not a sex/gender role issue, but a privacy issue. However, when it comes to sex/gender/lifestyle issues, I'm pretty much an open book.

"Look, the reason we have open dialogue is to share ideas, build understanding, promote unity, and reach out to others. If we close off our group, we may as well stop pretending that we want equal rights and admit we only want dominance."

Isn't that what men are trying to maintain--their illusory dominance?

I married a feminist. My husband is certainly better versed and more political about women's issues than I. He's the co-chair of NOMAS: National Organization of Men Against Sexism. Then again, I'm the one who faces the world as a woman. He's not unaware of that. Now, I'm not for nuking the patriarchy. I prefer to dismantle it. I don't think it serves women to make martyrs of men. But I *do* want equal rights--and I think boys' clubs are both antiquated and, worse, a declaration of cowardice on the parts of the participants.

I don't particularly want a closed women's group--I think it's a sign of strength that this group is available to men who want to read it. But come on, boys--grow up. Come out of the club house.

Permalink Reply by Dazzling Zoomer Gal Diana on September 8, 2009 at 7:45pm
Hey Suuse - You mean it's REALLY time for them to GROW UP?!?