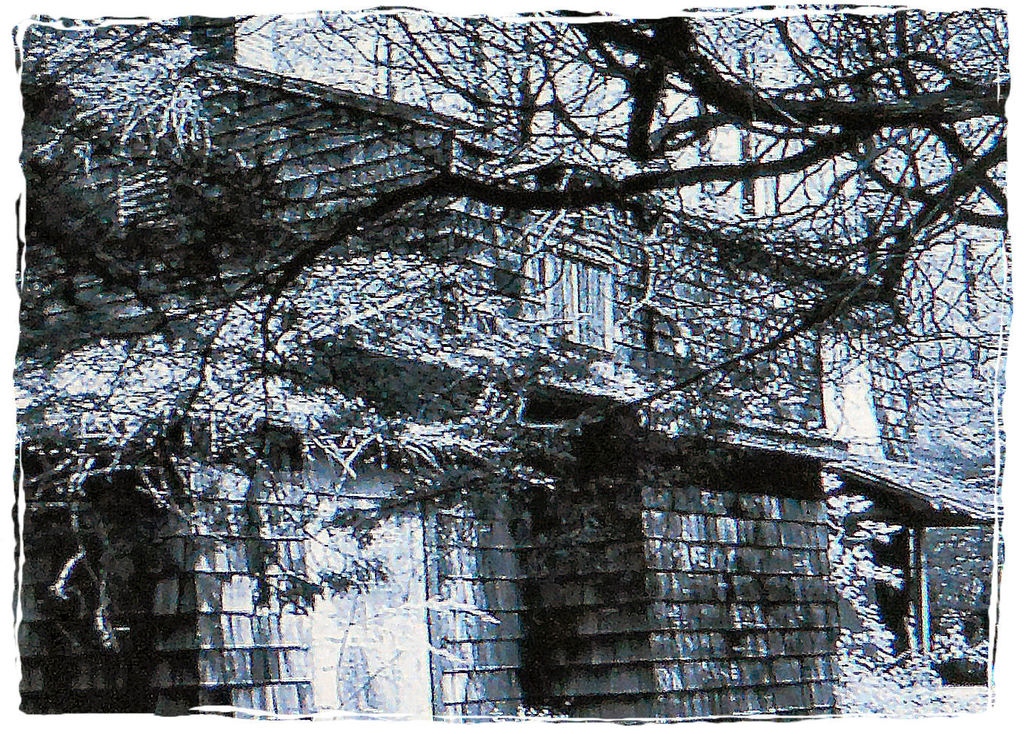 Grandpa and Jerry were walking in the thick tangled Herrontown  Woods near Princeton New Jersey  one afternoon.

It was a warm summer day but no pestering bugs were around to speak of except for a few gnats. Alpha Alexander the border collie was looking around for water and came upon a small creek.
it was flowing clean over some small fist sized rocks and he lapped it up right away.
A couple of squirrels came down a tree and Alpha started off to herd them with a little yip. Jerry looked up and say a house in the woods.
"  Grandpa who's house is that way back in the woods?" asked Jerry.
" It used to belong to the American mathematician Oswald Veblen."
" I heard about him in Geometry class this year."
The two of them gingerly walked through the woods and approached the two story cedar shingled house with a forest green door. The same green was painted  on the window sills. There were out building sheds in the back and also an old four leg wood burning stove and an actual ice box under a porch in the back part of the house.
The house was abandoned but Jerry listened attentively as  Grandpa told him the story of how Oswald's father had come from Norway and had built this house in the woods. Later on after Oswald had grown up and became a mathematician he was in Germany in 1932 during all the turbulence over the Jews in Germany.
He had many of these refugees stay here at the house. Upstairs there were four large bedrooms and a full basement under the house so many men were able to stay at this house as a safe place before becoming Americans.
Grandpa told Jerry that Oswald was a man of great modesty with a lot of personal charm and often strolled through these woods with his mathematician friend Albert Einstein.
Jerry was glad he got to take this walk today and learn more history from his Grandpa.
© 2011 Julia A Knaake