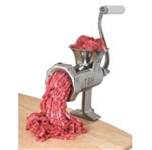 They say that two thing you never want to see are: sausage being made or legislation enacted by the government.  Well one of the processes happened over the holidays as both houses of Congress passed legislation to prevent the "fiscal cliff" from happening.  http://nbcpolitics.nbcnews.com/_news/2013/01/02/16288012-fiscal-cli...  A lot of the negotiations went on behind closed doors and it must have been a mess to witness.

For one, I will be glad to see the markets reaction and hope it is positive.  So many Americans depend on the investments they made over a lifetime, or are counting on IRAs for their future.  We should not damage the future financial growth of our country over a fight of ideology. I'm sure everybody else will be glad to not have their taxes increased or for the unemployed to keep getting insurance payments.  I understand the fiscal cliff of milk prices was also avoided.  Moo!!!

We found out that some politicians can't compromise and stick to a position no matter what.  This was the whole intent of the fiscal cliff, to create an event so bad that most sensible people would compromise their ideologies for sake of survival.  But there are those who didn't care for anything more that assuring their re-election or sticking to a pledge they signed.

As it turned out, the best two negotiators were VP Joe Biden and Sen. Mitch McConnel.  I think both of these men have been in the smoke filled back room before and know how to make a deal.  They are a couple of old horse traders.

I am reminded of a neighbor of mine.  He drove a 15 year old Buick sedan but I know he was loaded and could afford a much better car.  So one day I asked his wife why they had such an old car.

She related, "You know Joe, he's as hard headed as a mule. About every six months he gets his numbers together on the cost of new cars and the trade-in value of the Buick. He then goes down to one of the local car dealerships and tries to make a bargain.  But after a round of offers, he gets his dander up and walks out, refusing to budge from his negotiating target.  He's been doing that for ten years now and we still are driving that old Buick."

Unfortunately, Joe passed on a couple of years back and in about two weeks and shinny new Cadillac was sitting in my neighbor's driveway, and the old Buick was history.  His wife had a smile on her face as she pulled it into the street to go shopping for all the stuff Joe wouldn't let her purchase during their marriage.

And here were some of the ingredients in that sausage:

Prepare yourself - You may be throwing things before you finish reading.

Its simple.  If the programs haven't showed marked improvement year to year...they should get an automatic cut in funding.  These programs have managers and they can figure out how to cut the budget.  Any program that has an overall budget that pays its administrators more than the employees...they get an automatic cut (by the amount that the admistrators are OVERpaid)...Any project that is over budget or behind schedule and cannot show enough earned value should be scrapped until the money is available through another source.

Whoopee!!! The stock market went up 300 points today.  I think we need to get some adults into the debate for the next two months and make sensible cuts to the massive deficit spending that is going on in the federal government.  Somehow or other we need to separate entitlements from spending on federal programs.  I, for one, don't want to see anymore "pushing grandma over the cliff" propaganda instead of face to face talks about what the financial data says needs to be done.  Maybe somebody can build a economic model that outlines the necessary steps for everybody to see and agree upon.

I'm just a bill, I think that was the civics short or something that was a cartoon on how laws were made.  Of course, that was the 50's and so yesterday as is Civil Defense, Atlas rockets and Yucca Flats.  Today we are more sophisticated, if not jaded, about politics.  Today it isn't the politics of persuasion, no more Mr. Smith Goes to Washington, it is take no prisoners  and winning is everything and the mother's milk of politics that makes what we have today, a mess.

But sometimes in politics you have to pick your battles.  In this case Obama merely had to resubmit the tax cuts to Congress and call them the Obama Tax cuts and take all the credit as Congress would have been forced to pass them, with no concessions on the spending side.  In the meantime the country would have gone into a tizzy, with financial market tanking and millions, if not billions, spent on reprogramming the tax increases on all tax payers.

A better battle is the spending ceiling, which Obama will reach in about two months.  Here some real cost cutting can be leveraged out of the current administration.  When efficiency guru, Mike George, says that $500 billion can be reduced in expenses in government operations, most people with a lick of  common sense would stand up and take notice.  Just about all of industry and many government departments use his program, why not the bulk of the federal bureaucracy?  Don't taxpayers deserve efficiency for their tax dollars?  When departing Medicare Directory, Dr. Donald Berwick, states the 30% of the expenses in Medicare are a total waste of money and do no good at all, any CEO worth his pay would delve into the claim and take radical measures to identity the wast and put an end to it.  The list goes on to about $ 1 TRILLION dollars that is considered government waste.  But this was not the time or the place to take on that issue.  The Republicans have to paint the Obama Administration as a waste machine that spends money foolishly and does more harm than good.  Mostly, the story gets told of Republicans wanting to push grandma over the cliff.  The Dems have better propagandist.

To put this deal in terms of a typical families budget--

You are still 8 payments behind on your mortgage...

Your credit cards are still over the limit and adding $300 in interest every month...

Your heat and water are about to be shut off...

But you just won a $500 scratch off lotery ticket at your local supermarket!!!

Whats the point of applying it towards your bills at this point????

To put this deal in terms of a typical families budget--

You are still 8 payments behind on your mortgage...

Your credit cards are still over the limit and adding $300 in interest every month...

Your heat and water are about to be shut off...

But you just won a $500 scratch off lotery ticket at your local supermarket!!!

Whats the point of applying it towards your bills at this point????