With the burning of the oil in the gulf, I have a few concerns.
I know and knew some people who were greatly affected by the Exxon Valdez oil spill. It seems like so long ago. 1989. The Supreme court finally ruled and people devastated by the negligence of this coroperation finally recieved their "compensation" 23 years later. The "compensation" after the courts got done was about ten cents on the dollar.

So here we are twenty four years later and I see it happening it again. It saddens me. I see the government hasn't done some of the things that were learned. They are supposed to have an environmental assessment team on site immediately. Yet it seem all they are worried about is what happens if the oil reaches shore and not the damage to the wildlife in the ocean. If you like shrimp I would be eating it sooner than later.

While I realize burning is the best way to handle the oil slick and it is better to keep it off shore, it's just the idea that this is nothing more than the cost of doing business. Just as with the Massey mine calamity.

I was wondering after the supreme court ruling, where corporations have the rights of an individual shouldn't they now have the same responsibility. If you spill oil in the water from a fishing boat you can lose your boat. I just think it is time that the people incharge of these corporations be held responsible. If the corporation is neglectful then the officers and board members should be charged.

I am more or less just venting here but would like to here what everyone thinks.

Permalink Reply by Dallas on May 31, 2010 at 3:51pm
Unless a particular person can be shown to have committed a flagrant violation of safety rules that directly resulted in the death and destruction we have witnessed, no one is going to be charged with criminal negligience.

Like you, Bull, I have no problem with BP being liquidated to pay for everything, if they did not adhere to law or regulation in their drilling. As I mentioned earlier, that is what current law would demand. In fact, if BP's liquidation did not generate enough money to pay all rightful claims, claimants could still collect from the "Spill Fund" under current law.

What the American Public has to do is decide once and for all whether they want to run on oil or not, and then they have to elect leaders and representatives who will do thier bidding. It is hard to face that fact, but it's true: we - you and I - are to blame for the things that go wrong when the government does what we asked them to do.

When they don't do what we ask them to do, we are to blame if we re-elect them.

Permalink Reply by darroll on May 31, 2010 at 12:03pm
All of this crap is like climbing a mountain without any thought as how to get back down.
I thought they had strict drilling laws, wrong again.
Wonder who's kid got the drilling baby-sitting government job. Blaming won't fix the problem.
Someone has their head up their a$$.

Permalink Reply by Bob Stepp on May 31, 2010 at 1:15pm
The idiotic Bush regime lifted nearly all restrictions with their "dril lbaby, drill" mentality and then whored out what was left to the highest bidder.

Permalink Reply by darroll on May 31, 2010 at 1:31pm
Bush didn’t have any power.
The house and senate were controlled by the democrats.
Now that we have a new group of leaders, didn’t they ask what is going on?
The government is famous for appointing a language expert in Spanish and sending them to Hong Kong.

Permalink Reply by CWO3ROBBIE on May 31, 2010 at 3:57pm
Darroll, Could you please educate me about the times during the Bush Administration that the Democrats controlled the House and Senate and passed all the laws and wrote all the regulations controlling how exploration for Oil and Gas would be conducted. You are always defending Bush and bad mouthing the Democrats. I think it is about time that you stopped throwing out generalities and started laying down some hard facts. And I don't understand how the last sentence your reply has anything to do with drilling for oil.

Permalink Reply by darroll on May 31, 2010 at 6:02pm
I don’t know who regulates oil and I’m too busy to look it up.
For the last six years the democrats controlled the house.
Don’t they ok the rules for drilling. (their rules).
I don’t always defend Bush as I’m a registered Democrat that asks questions.
All I know is that they cannot drill in Anwar as they might hurt a polar bears feelings, or?. 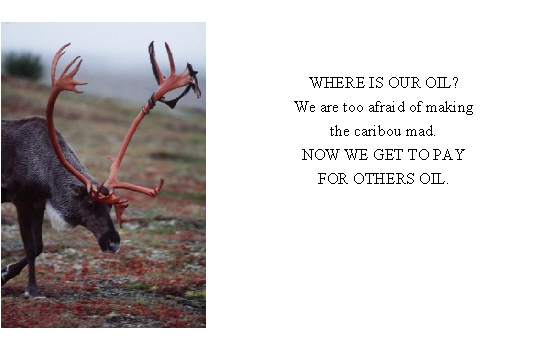 Permalink Reply by Bob Stepp on May 31, 2010 at 6:22pm
They were allowed to drill in the Gulf and look what happened!!!
sure let 'em drill in Anwar and destroy that as well.

Permalink Reply by P.A. on May 31, 2010 at 6:36pm
the democrats took control of the house in 2006 for the first time since '94. that would mean the controlled the house for the last two years of the Bush administration.

If you think government has all the answers, you’ll certainly approve of this call.

Former Clinton Secretary of Labor and CNBC contributor Robert Reich has determined it’s time for President Barack Obama to seize the reigns of control from BP (NYSE:BP) and put the North American operations of the company into a “temporary receivership.” He told host Michelle Caruso-Cabrera on CNBC’s June 1 broadcast of “Closing Bell” that the government was the only entity remaining capable of determining if the oil giant was properly utilizing its resources to contain a spill that has been going on since mid-April.

“Well, Michelle, it is temporary,” Reich said. “And the government merely takes over the North America operations, the subsidiary, in order to make sure the public is getting the right information, in order to make sure that risks and benefits are being weighed properly – still using the expertise and intelligence of BP. I think, in fact in many ways BP would want some relief and might even appreciate that direct kind of ownership.”

Reich originally made the call in a column posted on May 31. However his appearance on CNBC comes on heels of

Obama’s Attorney General Eric Holder announcing there would be a criminal and civil probe of BP’s handling of the disaster. And as Reich explained, legally the government’s hands were tied.

“We know that Saturday for example Steven Chu, the secretary of Energy, said to BP that top – that top gunning that you were trying to use is just too dangerous,” he continued. “But you see the government right now has no official legal authority to tell BP what to do. And when we hear that this thing is going to go on until August, most Americans don't even know and have no assurance that all of the resources BP could possibly utilize are actually being utilized 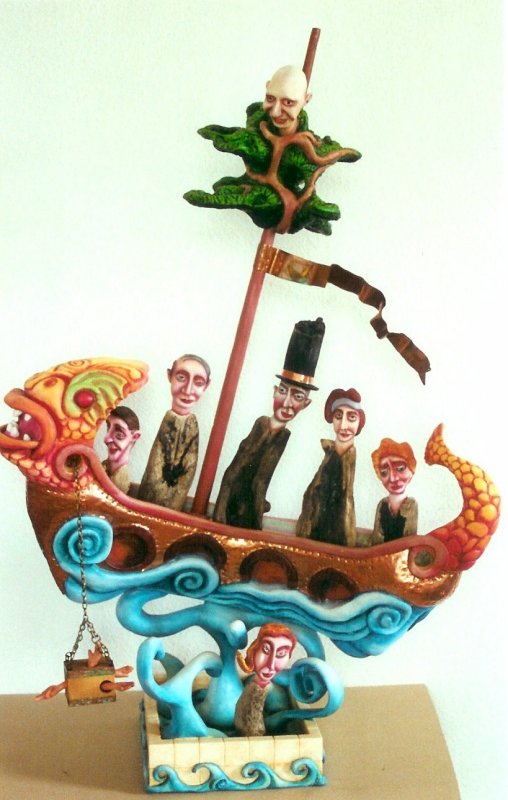 Permalink Reply by Bull on June 2, 2010 at 5:35pm
I've heard BP would have had this cleaned by now and be able to keep up with it, but they haven't been able to find the Sham-wow guy.