Irena smuggled infants out in the bottom of her tool box and she carried burlap sacks in the back of her truck to hide the larger children. She also had a dog in the back of the truck who she trained to bark when the Nazi soldiers let her in and out of the ghetto. The soldiers wanted nothing to do with the dog, and the barking covered the kids and infants noises.

During this time, she managed to save 2500 infants and children.

She was caught, and the Nazi's broke both her legs, arms and beat her severely.

Irena kept a record of the names of all the children she smuggled out and kept them in a glass jar buried under a tree in her back yard. After the war, she tried to locate any parents that may have survived to reunite the familes. Most had been gassed. The children she helped were placed in foster family homes or adopted. 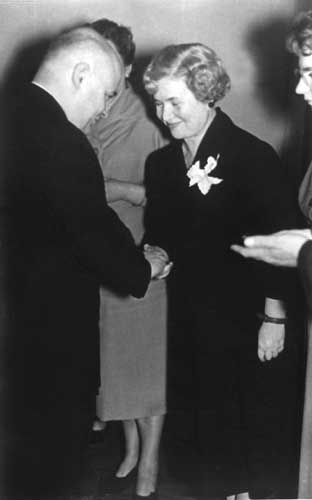 Irena Sendler receiving the In the Service of Health medal from Poland's Minister of Health. Warsaw, October 1958

Last year Irena Sendler was up for the Nobel Peace Prize.

She was not selected.

Al Gore won, for a slide show on Global Warming. 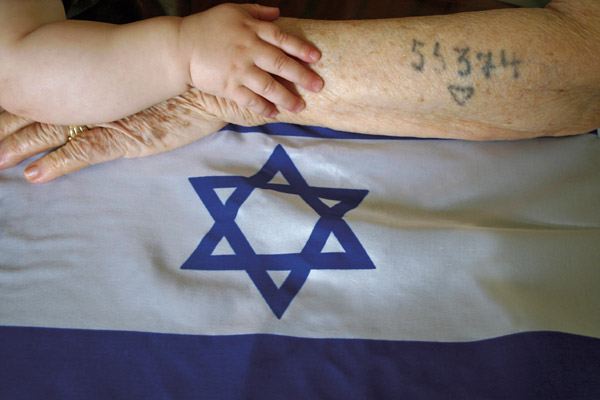 Her history is here: http://www.google.com/imgres?imgurl=http://www.info-poland.buffalo....
Today, her legacy continues: http://www.irenasendler.org/

Comment by Whiny Old Bastard on September 24, 2009 at 11:11am
I can remember when the Nobel Peace Prize actually meant something.

"Last year Irena Sendler was up for the Nobel Peace Prize.
She was not selected.
Al Gore won, for a slide show on Global Warming."

Comment by OCNaturalDoc on September 23, 2009 at 11:51pm
Yes, she has an amazing story, Red. And Irena's story isn't about cultural, religious or racial beliefs....it's about humanitarianism.

She's the kind of person I'd love to sit and have lunch with, so to speak. Her spirit is powerful, yet she appears soft, sweet and humble in her pix. I feel a great loss without even meeting her...her story moved me to tears. I missed out on meeting an amazing woman who recognized her life's purpose and took action at her own risk. And I'll bet while it was all going down, she had no idea what a great thing she was doing for so many, and the impact she'd have on generations to come.