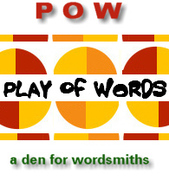 Comment by Maricel Evasco on August 10, 2009 at 9:53am
Thomas, I like the English language the way it is now. It leaves us much room for playing with words. Why would Bernard Shaw try to reform a language with much character? Btw, I was told Old English is very similar to Gaelic.

Comment by R. Scott White on August 10, 2009 at 6:34am
At least with 'hamburg' and 'frankfurter' there are two big cities in Germany you can look at for sources....

Comment by Thomas William Farquhar on August 10, 2009 at 5:59am
Is it any wonder that Bernard Shaw tried to get the English language reformed. He left a large sum of money in his will to the person or persons who could achieve this feat.

Comment by Maricel Evasco on August 10, 2009 at 5:55am
Anguished English
We'll begin with a box, and the plural is boxes,
But the plural of ox becomes oxen, not oxes.
One fowl is a goose, but two are called geese,
Yet the plural of moose should never be meese.
You may find a lone mouse or a nest full of mice,
Yet the plural of house is houses, not hice.

Then one may be that, and three would be those,
Yet hat in the plural would never be hose,
And the plural of cat is cats, not cose.
We speak of a brother and also of brethren,
But though we say mother, we never say methren.
Then the masculine pronouns are he, his and him,
But imagine the feminine: she, shis and shim!
....
**************

Let's face it - English is a crazy language... If a teacher can teach, and a preacher can preach - then if teachers taught, why didn't preachers praught? There is no egg in eggplant nor ham in hamburger; neither apple nor pine in pineapple, and English muffins weren't invented in England.

We take English for granted, but if we explore its paradoxes, we find that quicksand can work very slowly, boxing rings are square, and a guinea pig is neither from Guinea nor is it a pig.

And why is it that writers write but fingers don't fing, grocers don't groce and hammers don't ham? Doesn't it seem crazy that you can make amends but not one amend. If a vegetarian eats vegetables, what does a humanitarian eat? And if you have a bunch of odds and ends and get rid of all but one of them, what do you call it?

Sometimes I think all the folks who grew up speaking English should be committed to an asylum for the verbally insane. In what other language do people recite at a play and play at a recital? We ship by truck but send cargo by ship. We have noses that run and feet that smell. We park in a driveway and drive in a parkway. And how can a slim chance and a fat chance be the same,
while a wise man and a wise guy are opposites?

You have to marvel at the unique lunacy of a language in which your house can burn up as it burns down, in which you fill in a form by filling it out, and in which an alarm goes off by going on.
And, in closing, if Father is Pop, how come Mother's not Mop?

Comment by Maricel Evasco on August 5, 2009 at 8:00pm
jaculiferous, adj. with arrow-like prickles

Comment by Maricel Evasco on August 4, 2009 at 7:45am
hagiarchy
n. - government by priests. hagiocracy, n. government by holy persons.

haruspex
n. - a fortuneteller who used animal innards and lightning for her/his predictions 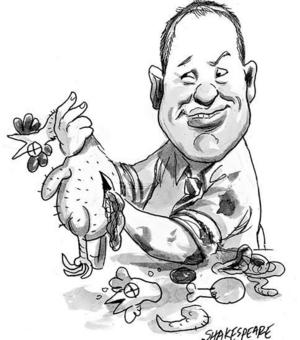 Comment by Maricel Evasco on August 2, 2009 at 1:44pm
Orthography is a little-known and relatively caliginous subject; its broadest definition is the investigation as to how spoken language is committed to a written format, including the symbols utilized and the process by which such characters are engendered and employed.

In other words, orthography is a synonym for spelling

The American corruption of British orthography just adds to the feckless irregularities of the English language. 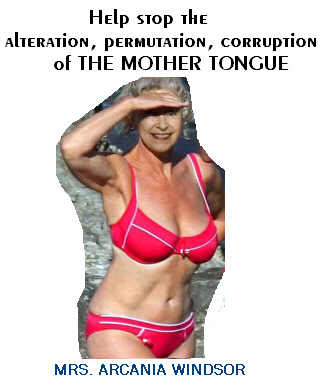 Comment by Maricel Evasco on August 1, 2009 at 3:13am
I read an article on the Mother Tongue. I wonder whether or not it has anything to with the book. I do know that one obvious spelling difference is the Britishman's tendency to add "u" to certain words (glamour, colour, and so forth) A British professor once asked me if I had been in raised in England because my spelling on papers did contain the extra "u"s). I was embarassed to tell him that I've read a few hundreds of Mills and Boon romances while growing up.

Comment by Thomas William Farquhar on August 1, 2009 at 12:44am
Have you read the Bill Bryson book "Mother Tongue" it explores the origin of differences between British and American English and gives insight into the origin of many words. This description sounds dull but the book has much humour (humor) i it to make it a valuable source.

Comment by Maricel Evasco on July 31, 2009 at 5:10pm
Oh btw, HOT for WORDS is a cool site but more geared for male viewers. I love their tagline: Intelligence is sexy!