A bakery owner hires a young female clerk who likes to wear very short skirts and thong panties.
One day a young man enters the store, glances at the clerk and at the loaves of bread behind the counter.
Noticing her short skirt, and the location of the raisin bread, he has a brilliant idea.
“I’d like some raisin bread please,” the man says.
The clerk nods and climbs up a ladder to reach the raisin bread located on the very top shelf.
The man standing almost directly beneath her, is provided with an excellent view, just as he thought.
When she descends the ladder, he decides that he had better get two loaves, as he is “having company for dinner.”
As the clerk retrieves the second loaf of bread, one of the other male customers notices what’s going on and requests his own loaf of raisin bread.
After many trips, she is tired, irritated and begins to wonder “why the unusual interest in the raisin bread?”
Atop the ladder one more time, she looks down and glares at the men standing below.
Then, she notices an elderly man standing amongst the crowd. Thinking that she can save herself a trip, she yells at the elderly man,
Is it raisin for you too?” “No,” stammers the old man, “but it’s quivering a little.”

WHY MEN ARE NEVER DEPRESSED:
Men Are Just Happier People.
Your last name stays put.
The garage is all yours.
Wedding plans take care of themselves.
Chocolate is just another snack.
You can never be pregnant.
Car mechanics tell you the truth.
The world is your urinal.
You never have to drive to another gas station restroom because this one is just too yuk.
You don't have to stop and think of which way to turn a nut on a bolt.
Same work, more pay.
Wrinkles add character.
People never stare at your chest when you're talking to them.
New shoes don't cut, blister or mangle your feet.
One mood all the time.
Phone conversations are over in 30 seconds flat.
You know stuff about tanks and engines.
A ten-day holiday requires only one suitcase.
You can open all your own jars.
You get extra credit for the slightest act of thoughtfulness.
Your underwear is $2.50 for a three-pack. Three pairs of shoes are more than enough. You never have strap problems in public.
You are unable to see wrinkles in your clothes.
Everything on your face stays its original colour.
The same hairstyle lasts for years, maybe decades.
You only have to shave your face and neck.
You can play with toys all your life.
One wallet and one pair of shoes -- one colour for all seasons.
You can wear shorts no matter how your legs look.
You can 'do' your nails with a pocket knife.
You have freedom of choice concerning growing a moustache.
You can do Christmas shopping for 25 relatives on December 24 in 25 minutes.
No wonder men are happier... 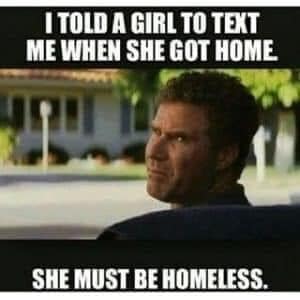 An old Indian was asked the name of his wife.
He replied, "Wife Name - Three Horse."
"That's an unusual name for your wife, Three Horse. What does it mean?"
"It's an old Indian name. Means Nag, Nag, Nag." 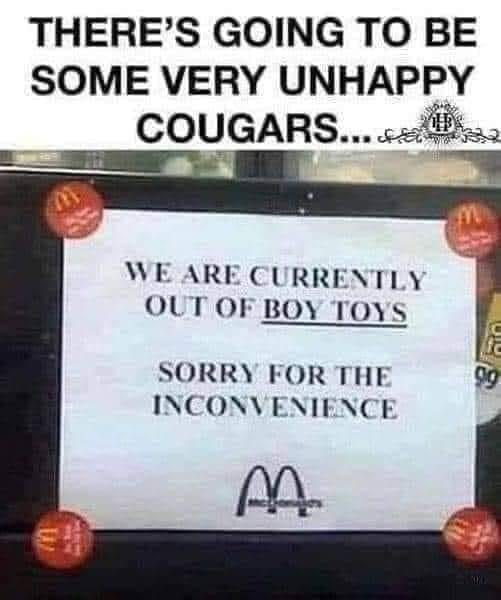 The Wedding Ceremony came to that awkward moment when the priest asked if anyone had anything to say concerning the union of the bride and groom.
Utter silence was broken when a beautiful young woman carrying a child stood up. She starts walking slowly towards the priest.
The congregation was aghast - you could almost hear a pin drop.
The groom's jaw dropped as he stared in disbelief at the approaching young woman and child.
Chaos ensued as the bride threw the bouquet into the air and burst out crying. Then the groom's mother fainted.
The best men started giving each other looks and wondering how to save the situation.
The priest asked the woman, "Can you tell us why you came forward? What do you have to say?"
There was absolute silence in the church as the woman replied, "We can't hear you in the back."
And that my friends illustrates what happens when people are considered guilty until proven innocent.

People need to stop wondering who wears the pants in a relationship. And start to realize that marriages last longer and are better when no one wears the pants.

Never brag about your age …
A woman decides to have a face lift for her 50th birthday. She spends $15,000 and looks sensational.
On her way home, she stops at to buy a newspaper. Before leaving, she says to the assistant, ‘I hope you don’t mind my asking, but how old do you think I am?”.
‘About 32,’ is the reply.’
‘No! I’m exactly 50,’ the woman says happily.
A little while later she goes into McDonald’s and asks the counter girl the very same question.
The girl replies, ‘I’d say about 29.’‘No, I’m 50.’ the woman replies with a big smile.
Now she’s feeling really good about herself. She stops at a another shop on her way home. She goes up to the counter to and asks the assistant the same burning question.
The assistant responds, ‘Oh, I’d say 30.’ Again she proudly responds, ‘I’m 50, but thank you!’
While waiting for the bus to go home, she asks an old man waiting next to her the same question.
He replies, ‘Madam, I’m 78 and my eyesight is going. Although, when I was young there was a sure way to tell how old a woman was. It sounds very forward, but it requires you to let me put my hands under your bra. Then, and only then, I can tell you EXACTLY how old you are.’
She waits in silence on the empty street until her curiosity gets the better of her. She finally blurts out, ‘Oh bug*er it, go on then"
He slips both of his hands under her blouse and begins to feel around very slowly and carefully. He bounces and weighs each bre*st and he gently pinches each nipple. He pushes her bre*sts together and rubs them against each other.
After a couple of minutes of this, she says, ‘Okay, okay.....How old am I?’
He completes one last squeeze of her bre*sts removes his hands, and says, ‘Madam, you are 50.’
Stunned and amazed, the woman says, ‘That was incredible, how could you tell?’
‘I was behind you at McDonalds’