I know many of us have gotten to know people online.  Some we get closer with than others.  How many of you have met some of  your online friends in person or taken communication to your regular email or phone calls?  Have you ever met up with your online friends?  I know it can be hard with us all living far apart, but I'm curious.

I only had one friend like that and she passed away in March. Although I had never met her in person  it hurt me to the heart. It's very hard for me to trust online and I was just about to travel to see her but because of her living arrangement , I knew I shouldn't go and then suddenly it was too late anyway. We were friends...nothing more.

Let me add that I do find myself worrying about different ones when you hear they're sick or have troubles . I try not get too close anymore.

The first time I went to the Florida Keys (December 2006 -- before then I thought vacations were only for rich people) I tried to get a tattoo of the sun on a quarter-size, circular scar on my shoulder.  I had gotten the scar 10 months earlier (removal of a benign skin cancer from being a blond boy who had lived in the sun), but the tattoo joint would not tattoo a scar until it was a year old.

So I'm ready to get a tattoo on my heart.  It was a year ago that the woman I met on Eons divorced me, and that scar is sufficiently healed.

So I am one who took an online friendship to the real world.

I've never met anyone from these groups.  I think there's only been one or two folks from Maryland on any of the groups I've been on.

Bob, good to see you on here.

Helen, I'm glad to be here.  Thank you for your help.

I'm glad you're here too, Bob and also on the other group.  It's always fun to have folks that contribute.  Hope your future experiences are good.

Thank you, Kooner, but it's actually nothing to be sorry about.  As a wise friend said of that former relationship: pa' que se le quite el hipo.

Hiccups will go away.

Meaning it was nothing. 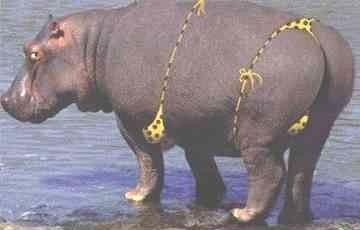 Phil, I believe meeting someone anywhere is a crap shoot.  Look at how many of us met and fell in love years ago without the internet and it didn't work out.  I know my first go round was a train wreck and I met him in a church group.  I often said that if I had met any other of his family members first, I'd have lucked out.  That's life.