Any road trip or travel memories? 6 to the 318
To me it seemed like taking a shortcut from Ely to Vegas was a good idea at the time..
Going down 6 about 27 miles to catch 318 actually took about an hour off my trip.
I did not take into consideration about the stops and construction along the way.
Along the way there were a couple of beautiful birds up in the rock formations sunning themselves so of course I had to stop to snap their picture.
Soon I spot a dusty black 57 Chevrolet Nomad Wagon parked on the side of the road. There were 3 little children And running around the car. I slowed down and looked to see if there were any adults around tending to the kids.
I saw a man helping a very pregnant lady out of the car. He called in broken English to the children to get the quilts and pillows out of the back of the car for Mama to rest on and then he saw me.
I pulled over and locked my car putting the keys in one pocket and my phone in the other.
My Spanish was as broken as his English but we introduced ourselves and soon I found out that Maria was going to have their baby number four very soon.
They were on their way to Preston so she could be with her mother while the baby was being born but her pains were so bad they had to stop . I told Carlos to leave the oldest, a girl, and take the two boys to Preston and bring his mother-in-law back and I would stay with Maria.
He had no choice so we exchanged phone numbers and I said I would have Maria keep in touch every five minutes. He took off and Sally ( the daughter) and I made Maria comfortable.
Soon the pains were worst and I sent Sally to my car for water and some paper towels and a small new blanket I had bought for a gift.
Maria was talking rapidly on the phone to Carlos and I could not keep up with her Spanish.
Soon she handed me the phone and I told Carlos to slow down so I could understand him.
It seemed that he had a flat tire on the way to his mother-in-laws and his father-in-law was not around to pick him up.
Did this man not know what his Nomad was worth to the collector world ? He could have sold it and bought a brand new auto with some money to pocket ?
Meanwhile sally is crying and Maria is trying to sooth her daughter while still in pain herself.
An old Chev Luv truck stops and a man gets out saying "Maria,what's going on here and where is Carlos and the boys ?"
Explaining the situation she introduces me and I said if you go help Carlos I will continue to stay with Maria & Sally.
He goes off and not even four minutes later Maria's water breaks and I am there with the water & towels while Sally is behind Mama wiping her head. Soon and quickly out comes a baby girl. I wipe her down and wrap her then lay her on Maria's belly.
I send Sally off to my car again for a blanket and umbrella.
We use the blanket for a pillow for Maria's head and Sally holds the
umbrella over Mama & baby for shade. We call Carlos and instruct Sally to tell Papa that all went well. she is so proud to have been such a great help to Mama.
About fifteen minutes later here comes the two vehicles and Carlos and his mother-in-law are quick to see Maria is ok.
Hugs all coming from all around for Sally and myself.
They invite me for homemade pork tamales ,and all though early am I accept. We had a nice visit and I said my goodbyes and moved on but I just had to tell Carlos about his Nomad's value and the mother-in-law made me up a big basket of tamales and other goodies for the road. Off I go again but not far as I saw an old house in Lund and had to get a photo.
The rest of the trip was uneventful except for stopping at a rest stop and sharing my big basket of tamales with a trucker and his wife.
© 2008 Julia A Knaake

Being an Hispanic family, we make and eat tamales for various occasions.  Costa Rican tamales, like most of their typical food, are NOT made well and have a strange texture.  I taught Julieta how to make authentic Mexican American tamales and now we are off to the races every year and have to make them for the whole family and friends.  At Christmas or New Years day I make about 100 of them for their traditional dinners.  I have a very large family.

Mary Cabrera taught me to make pork and turkey tamales and I found out a 19 pound turkey makes six dozen tamales...but my daughters and grand daughters make ours bigger and fatter so that turkey  probably would make more...ours are gone in 2 days ...I got lazy and bought a Masa spreader  instead of using the back of a spoon like I was taught  it really works too...we make them for Christmas also

My masa is solid like yours.  I spread it with my fingers so that I can control the shape better.   Most masa made in Central America is  like a medium paste and is bloody hard to shape.  Also, we cook them in banana leaves instead of the tamal   (corn husks).

Mr Draper you are making me drool

if I ever get my car out of the stall

and the driveways sheet of roller coaster ice melts

I'm off for tamale makings

I'll bet they are GREAT in the banana leaves

Yes, the leaves are free because nearly everybody has bananas in  their yards.  The leaves are about the size of the average person and all you have to do with them is peal the leaf from the main stem, tear them into the shape you want and heat them over a fire to make them flexible.

Remember, one of them is a tamal......more than one are tamales.  There is no such word as a "tamale".

Scott I KNEW you would call me on the tamale

he lived in both places and speaks 2 languages...I once asked him about the difference in Spanish speaking and he said he does understand both American ( mostly from Mexico ) and Costa Rico Spanish.....

Well, Julia, actually there are not 'versions' of Spanish but dialects.  All Latinos understand each other but use different words and ways to express themselves.  For example, in a courtroom situation the judge will call for a Costa Rican translator to speak that dialect for a Costa Rican witness.  But going to a party with mixed Hispanic groups......no problem.  We just ask each other to rephrase. in my country, ice cream is called "helado"......in Panama it's called "duro"  In my country we call really good friends "maje" but never pronounce the "j" in any way.  Call someone in Mexico maje and he will hand you your teeth.  I won't even tell you what that means in some South American countries. 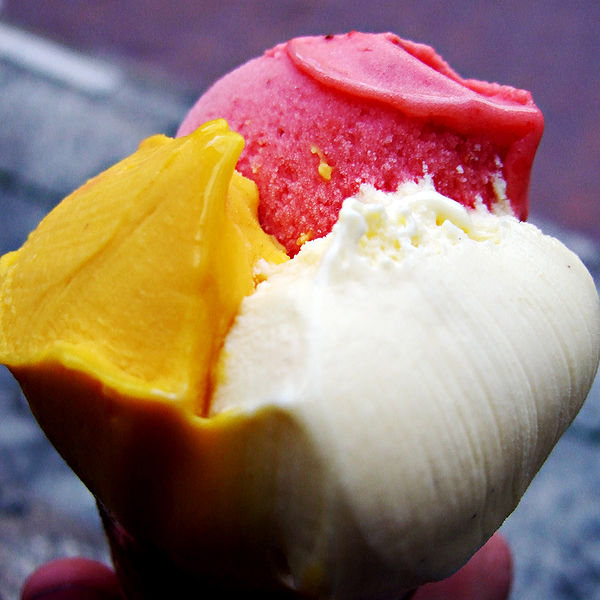