In one small Texas rural town the sheriff also fulfilled the role of the town's veterinarian. One night the phone rang, and his wife answered.
An agitated voice inquired, "Is your husband there?"
"He is, but tell me, do you need him as the sheriff or the vet?" the wife asked.
"Both!" was the reply. "We can't get our dog's mouth open, and there's a burglar in it!"

Texas Women
Three friends married women from different parts of the country.
The first man married a woman from the North. He told her that she was to do the dishes and house cleaning. It took a couple of days, but on the third day, he came home to see a clean house and dishes washed and put away.
The second man married a woman from the West Coast. He gave his wife orders that she was to do all the cleaning, dishes and the cooking. The first day he didn't see any results, but the next day he saw it was better. By the third day, he saw his house was clean, the dishes were done, and there was a huge dinner on the table.
The third man married a girl from Texas. He ordered her to keep the house cleaned, dishes washed, lawn mowed, laundry washed, and hot meals on the table for every meal. He said the first day he didn't see anything, the second day he didn't see anything but by the third day, some of the swelling had gone down and he could see a little out of his left eye, and his arm was healed enough that he could fix himself a sandwich and load the dishwasher. He still has some difficulty when he pees. 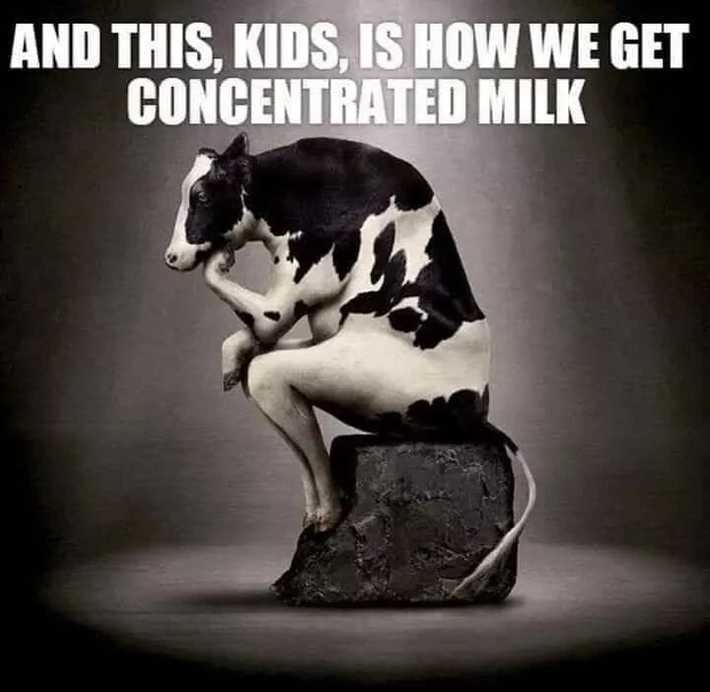 Borrowed from a friend...
A cowboy named Billy was overseeing his herd in a remote pasture when suddenly a brand-new BMW advanced toward him out of a cloud of dust.
The driver, a man in a Brioni® suit, Gucci® shoes, RayBan® sunglasses and YSL® tie, leaned out the window and asked the cowboy, "If I tell you exactly how many cows and calves you have in your herd, will you give me a calf?"
Billy looks at the man, who obviously is a yuppie, then looks at his peacefully grazing herd and calmly answers, "Sure, why not?"
The yuppie parks his car, whips out his Dell® notebook computer, connects it to his Cingular RAZR V3® cell phone, and surfs to a NASA page on the Internet, where he calls up a GPS satellite to get an exact fix on his location which he then feeds to another NASA satellite that scans the area in an ultra-high-resolution photo. The man then opens the digital photo in Adobe Photoshop® and exports it to an image processing facility in Hamburg, Germany ...Within seconds, he receives an email on his Palm Pilot® that the image has been processed and the data stored. He then accesses an MS-SQL® database through an ODBC connected Excel® spreadsheet with email on his Blackberry® and, after a few minutes, receives a response. Finally, he prints out a full-color, 150-page report on his hi-tech, miniaturized HP LaserJet® printer, turns to the cowboy and says, "You have exactly 1,586 cows and calves."
"That's right. Well, I guess you can take one of my calves," says Billy. He watches the man select one of the animals and looks on with amusement as the man stuffs it into the trunk of his car. Then Billy says to the man, "Hey, if I can tell you exactly what your business is, will you give me back my calf?"
The man thinks about it for a second and then says, "Okay, why not?"
"You're a Congressman for the U.S. Government", says Billy.
"Wow! That's correct," says the yuppie, "but how did you guess that?"
"No guessing required." answered the cowboy. "You showed up here even though nobody called you; you want to get paid for an answer I already knew, to a question I never asked. You used millions of dollars worth of equipment trying to show me how much smarter than me you are; and you don't know a thing about how working people make a living - or about cows, for that matter. This is a herd of sheep. Now give me back my dog."

Shortly after joining the PGA tour in 1965, Lee Trevino, a married man, was at his home in Dallas, Texas, mowing his front lawn as always.
A lady driving by in a big, shiny Cadillac stopped in front of his house, lowered the window and asked, "Excuse me, do you speak English?"
Lee responded, "Yes ma'am, I do."
"What do you charge to do yard work?" she asked.
"Well ma'am, the lady in this house lets me sleep with her."
The lady hurriedly put the car into gear and sped off. 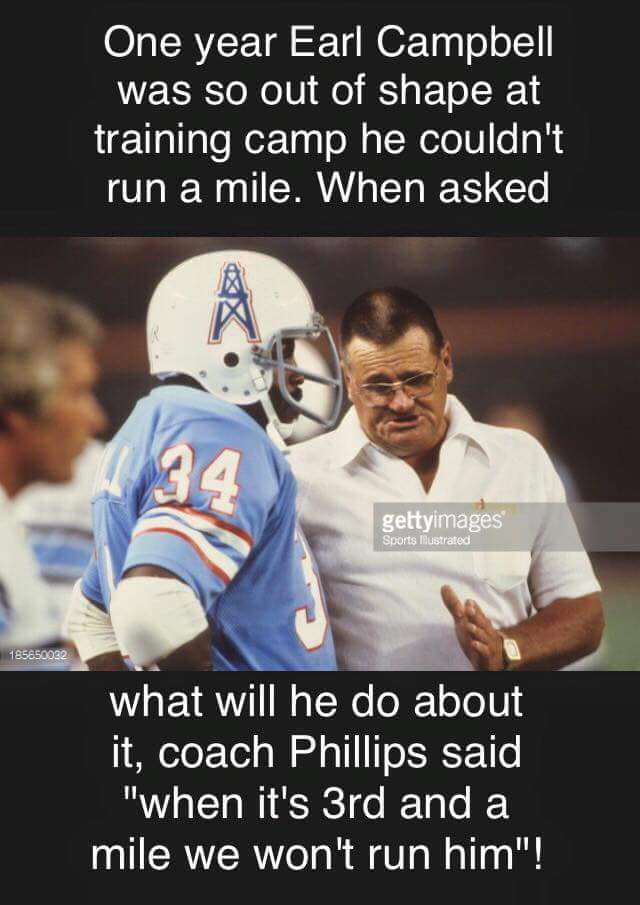 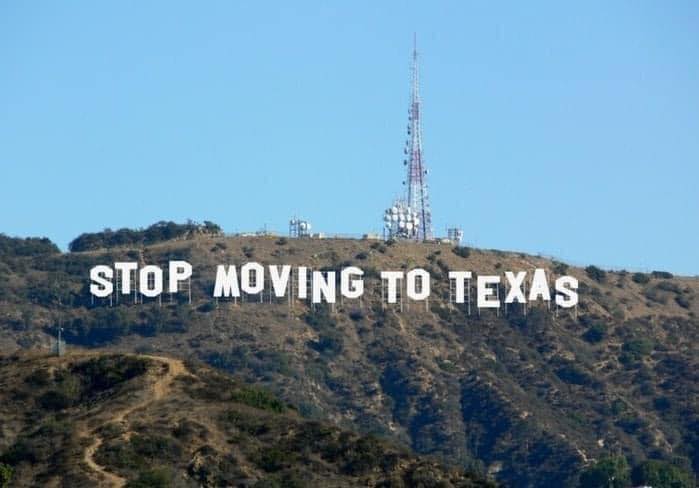 DON'T MOVE TO TEXAS
But if you insist on doing so...know these:
1. Save all bacon grease. You will be instructed later how to use it.
2. If you do run your car into a ditch, don't panic. Four men in the cab of a four wheel drive with a 12-pack of beer and a tow chain will be along shortly. Don't try to help them. Just stay out of their way. This is what they live for.
3. Remember: "Y'all" is singular. "All y'all" is plural. "All y'all's" is plural possessive.
4. Get used to the phrase "It's not the heat, it's the humidity". And the collateral phrase "You call this hot? Wait'll August."
5. Don't tell us how you did it there. Nobody cares.
6. If you think it's too hot, don't worry. It'll cool down-in December.
7. A Mercedes-Benz is not a status symbol...a Super-Duty pickup is.
8. If someone says they're "fixin" to do something, that doesn't mean anything's broken.
9. The value of a parking space is not determined by the distance to the door but the availability of shade.
10. If you are driving a slower moving vehicle on a two lane road, pull onto the shoulder. That is called "courtesy".
11. BBQ is a food group. It does NOT mean grilling burgers and hot dogs outdoors.
12. Weddings, funerals and divorces must take into account the Rodeo & parade schedule.
13. Everything is better with hot sauce or BBQ sauce.
14. DO NOT honk your horn at us. It is obnoxious and we will sit there until we die.
15. We pull over and stop for emergency vehicles to pass.
16. We pull over for funeral processions, turn our music off and men remove hats or caps. Some people put their hand over their heart.
17. "Bless your Heart" is a nice way of saying you're an idiot.
18. No mater what kind, Sprite, Coke, Pepsi, Mtn Dew, it isn't called soda or pop. It is all called coke or drank!
19. There will always be a tractor on the two lanes when you are running late, so allow time for that.
20. If you don't like the weather, wait 15 minutes, it will change.
21. We respect and consider heroes, first responders, veterans and teachers.
22. The American, Texas, POW and Gadsden flags are considered sacred.
23. The Constitution is sacred...ALL of it!
24. Unless you're prepared to fight for it, your political opinion may be best kept to yourself.
25. Many of us carry firearms, all of us carry knives.
26. God is sovereign and we PRAY!
~ God Blessed Texas!!!!

Permalink Reply by Aggie on Monday

While living in Texas. I drove by my neighbors house. When I looked over in his yard I saw two of the biggest catfish I had ever seen hanging down from an old swing set. He and another guy were standing close by admiring their catch. Well me being curious and all I just had to stop.
I said my gosh those are some big catfish you got there. How did you catch them? He said he caught them on a trot line at the local lake. He said you wanna know what I used for bait? I said sure. He said he used two sixteen pound grasshoppers. Heck i wonder how he was even able to catch them. I tried many times to catch one. But they can jump 20 feet in the air or more. Just sayin.