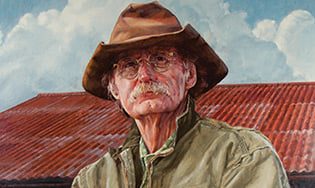 RIP, Dr. Red Duke.  Thank you for all the good you have done.