i first became known of Steve Robinson of whom this page is dedicated too back in early 2005. he looked very similar to Mark Harmon to me and when i looked up his martial status that he is single and still is to this day i'm like HELLO. i've always been a big fan of NASA and human spaceflight since the Challenger STS-51 L tragedy and the film Space Camp was released in that same year 1986. the more i learned about Steve his background and he was in the same astronaut class with 3 of the STS-107 the tragic final flight of space shuttle Columbia which where Rick Husband, Mike Anderson and Kalpana "K.C." Chawla i became to respect him more as a person and is one of many true astronaut heroes. in a way he helped me to get over my high school sweetheart. Steve became my rock my foundation a reason to carry on. i even called radio personality Delilah i told her about him she even was telling me i got a crush on him i just only remember small bits and pieces i thought at first i was going to get on the air but she had the nerve to put me on another line and did not what so ever put me on air. i'm like that word can't say here i regret i should had hung up on her biting myself in the rear for but that is said and done and Delilah has talked to so many people now she most likely don't remember me.

anyhow to continue on about Steve i kept up with his last 2 spaceflights STS-114 and STS-130 which took place on space shuttle's Discovery and Endeavour. when it got time for STS-114 to return to earth i could not sleep a wink that night i even got sick i was worried and scared to death practically but so relieved when Steve and his fellow crew members returned safely home. i have kept track of Steve's every interview and when he served as CAPCOM which stands for capsule communicator for the final years of the space shuttle program i was on it tuning in. i even made a myspace page especially for him made a great friend who is also a fan sadly lost touch with her. also Steve never had any kind of social media he said in an interview too busy i tried to email him on one of his public domains before he retired from NASA no answer.
Steve took on his teaching position i got an email address on how to reach him at the University Of California At Davis i had not send it yet currently gathering up the courage to. if anybody who sees this if u can share any advise u may have on the email it would be greatly appreciate it. i will be sure to post up a special update when i FINALLY do send it, it will be in black all capital letters titled of course UPDATE. even Kristle knew i told her all about him i hoped to meet Steve one of these days save up the money Kristle says i should do it and my former boss Jason i told him about Steve as well and also my former friend of mine named Sebastian he said i'm getting into them old people.
in conclusion Steve is a true inspiration to me even though i admit i'm guilty of having fantasies about him even to this day. he has always brought smile and sunshine to me during my darkest sad and stormy days. i hope he will at least respond to an email to read his own words. Love You Steve You Are A True Hero Indeed Having Given Your Life In Cause Of Space Exploration and Teaching Our Next Generation To Reach For The Stars. God Bless You.
11/11/21 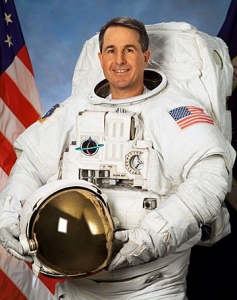