MOST of us hate religion and wants to see it nailed to the cross once and for all! Relgion is the REAL DIVISION of the SAINTs! How can we all be ONE IN HIM if we are DIVIDED at the DOOR of our OWN te…

MOST of us hate religion and wants to see it nailed to the cross once and for all! Relgion is the REAL DIVISION of the SAINTs! How can we all be ONE IN HIM if we are DIVIDED at the DOOR of our OWN temple? Continue

Do you really think God cares about
In which church that you spend your time?
He gave all life and a book of rules,
That's His bottom line.

God cares that you hear and practice
His… Continue

Affliction, not pain, upon the innocent,

is the far greater of the two perils.

will eventually find a softness in ones pillow.


However, the afflictors never stray far from their

troublesome road, and finds their walk as course,

as the place where they lay their heads to rest.

A free spirit carried you so high.
Oh, how you lived for that open sky.
Soaring to heights that you've never been,
Never wanting to land, nor to descend.

Maneuvering freely without a care,
So uninhibited, so full of flair.
Flamboyantly winging, just full… Continue

Lord, I always wonder why
When bad things happen to me,
How could You allow me turmoil
And roughen waves upon my sea?

If you love me, why allow such pain
And unnecessary strife?
I thought that You wanted me to know
Peace within my life.

One coin left inside my pocket,
I came upon a wishing well.
Hesitantly I tossed it in,
now only time will tell.

Whether my wish will be granted,
Or, I shall be denied.
Peace of mind or empty pockets,
At least I know I tried.

Once I had so many coins,
all were wasted in the past.
Broken dreams, and empty promises,
now I’m down to my last.

Life is but a coin… Continue

When our lawn mower broke and wouldn't run, my wife kept hinting to me that I should get it fixed. I am a master procrastinator, however, and I always managed to have something else to take care first: the car, finishing up something on the computer, playing guitar - something that was always more important to me.

Finally she thought of a clever way to make her point. When I arrived home one day, I found her seated in the tall grass, busily snipping away with a tiny pair of sewing… Continue 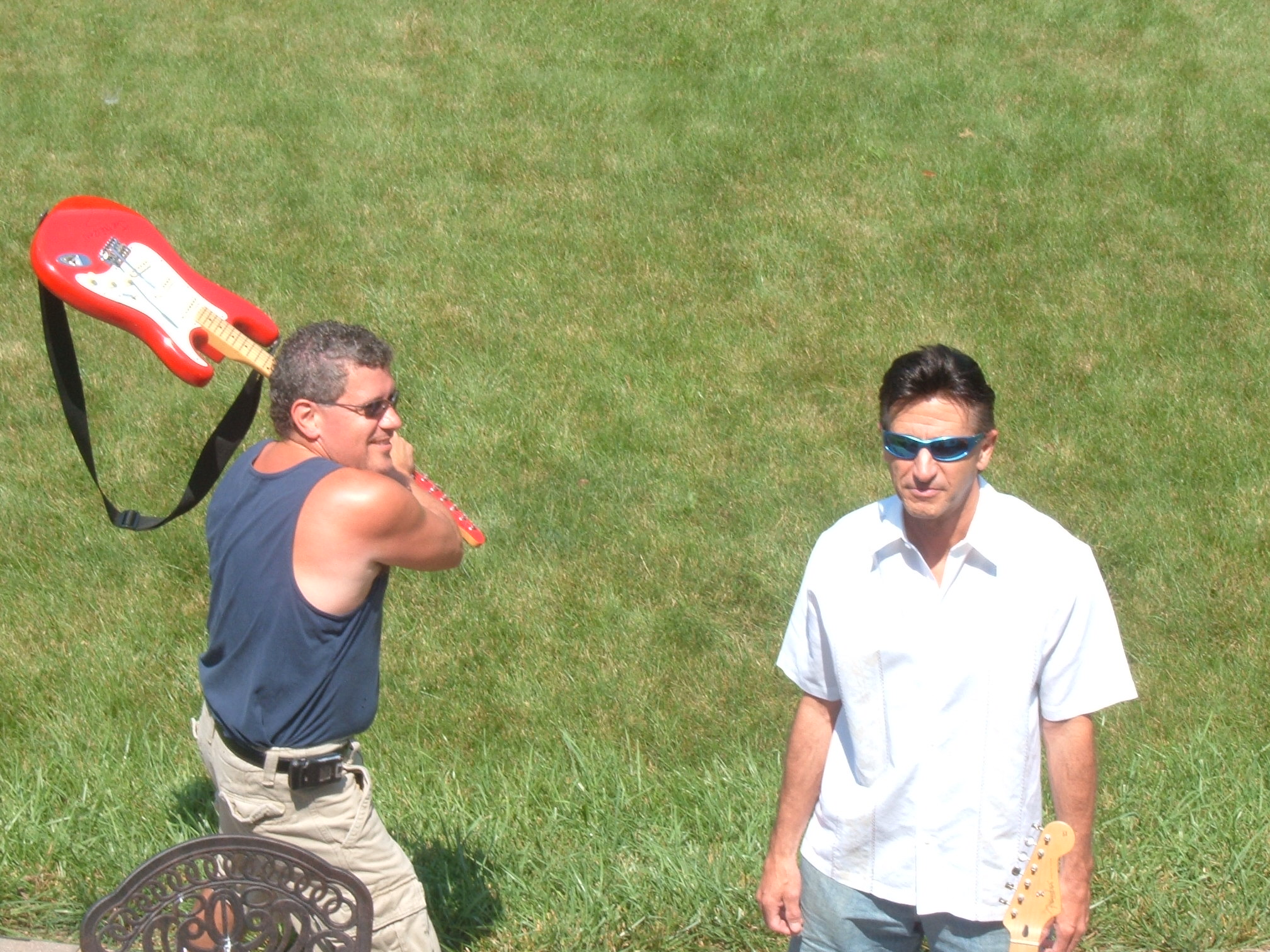 Steve Gezeler Band live at Lord and Savior Lutheran School Gymnasium Saturday July 25 at 7:30.
Be part of the heresy, rock, dance and fun. One hour show. No smoking/liquor, barbitutuates, stimulants, hallucinogenics, psychokenesis or Baal worship. It's just a one hour show of fun rock music. Steve and I will play ten of his originals and one of my originals.
If you're free or bored, stop on in and we'll help… Continue

Please pray for my son.

My son has testicular cancer, please pray for him. Thanks so much!

Transitioning from the old TBD

Well, some of us made it over hear, and are trying to figure out this new site, or maybe have already figured it out. Lots of new people on now that weren't on the other site. Interesting to note that, out of 46,223 people on the old site, only 4.3% made it over here. Some, I know, didn't want to move over here, and I certainly respect that.

Bill Summary:
The Organic Consumers Association favors the conversion of American agriculture to at least 30% organic by the year 2015, including major reforms in agricultural subsidies and appropriations to help family farmers make the transition to organic, develop local and regional markets, and adopt renewable energy practices. We know that California farmers who wish to transition from conventional farming to certified organic farming face a number of challenges. In particular, the… Continue

QUOTE OF THE WEEK

"We demand the systematic publication of the results of these tests, which we could only obtain on a case by case basis by taking legal action... It [the study] brings to light a significant underestimation of the initial signs of diseases like cancer and diseases of the hormonal, immune, nervous and reproductive systems, among others... The health crises may be more important than the international financial crisis because of the lack of transparency of the… Continue

Looking forward to going to Las Vegas on my sister's birthday in November.

Is philosophy a waist of time? Ethical debates have been around for a long time, but nobody seems to have any answers. Ethnics are very important. Ethnics are a code of values to guide human life. Basically, what you do with your life comes down to your personal ethnics. For the world to be good means having strong Altruistic people to help the society survive in this doggy dog world.

Will he do it?

They're 1/2 way through the Tour de France and Lance is sitting in third, only 8 seconds out of the lead.
He never grabs the yellow shirt early, it's just too much to try and defend it for the whole 3 weeks of the race, and besides, it's who's wearing the shirt on the morning they head for Paris that matters.
Of course, I think they get a bonus for every day they wear it, sort of like "Lap Money" in the IRL.

The Birth of a New Self

I see a psychotherapist once a week. I've been thinking about cutting down the sessions to once every two weeks, or even once a month. There is no magic in our sessions. I attach no feeling of specialness to our interaction. Psychotherapy should be magical, it should be special. Special in the sense that one feels sensations that are not experienced in the mundane world. One should feel some connection to one's inner self, a connection to one's past and one's future possibilities. One should… Continue

I'm dead serious. I am building a web site dedicated (more or less) to serious world issues of which I know very little about. I do understand the basics and I see a pattern and problems across politics, big business, judicial systems, police states, military, etc etc, on a global scale.

I can give you broad stroke plans and ideas to make this planet a much better place to live. I need you, THE PEOPLE, that know the ins and outs and all the details that can work my basics into a… Continue

The Confessions of a Psychoanalyst

A troublesome -- aren't they all? -- new patient, thirty-seven years old, raised in Philadelphia, Pennsylvania. His father had a typical petty bourgeois Jewish Orthodox background. The patient's mother was a Polish-Catholic. He is highly intelligent, a compulsive talker, extremely narcissistic and exhibitionistic. He hides his intellectual arrogance behind ironic self-deprecation. He cannot stop his diarrhea of talk, because it is his way of denying his essential… Continue

I just dropped my coffee mug on the floor. It broke into a hundred pieces. I can't think of more tragic breaking news at the moment. Do people glue things back together anymore?

Yesterday, I was walking down the hall on my floor of my apartment building. I happened to notice a mouse scampering ahead of me. It would stop for a moment, I would catch up with it, it would scamper some more, I would catch up, then, scamper once again. I wonder if the mouse was a tenant in the building? How do mice reach the doorknobs to their apartments, I wonder? Is a lease signed by a mouse legally enforceable? And how do you evict a mouse for nonpayment of rent? They're damn hard to… Continue